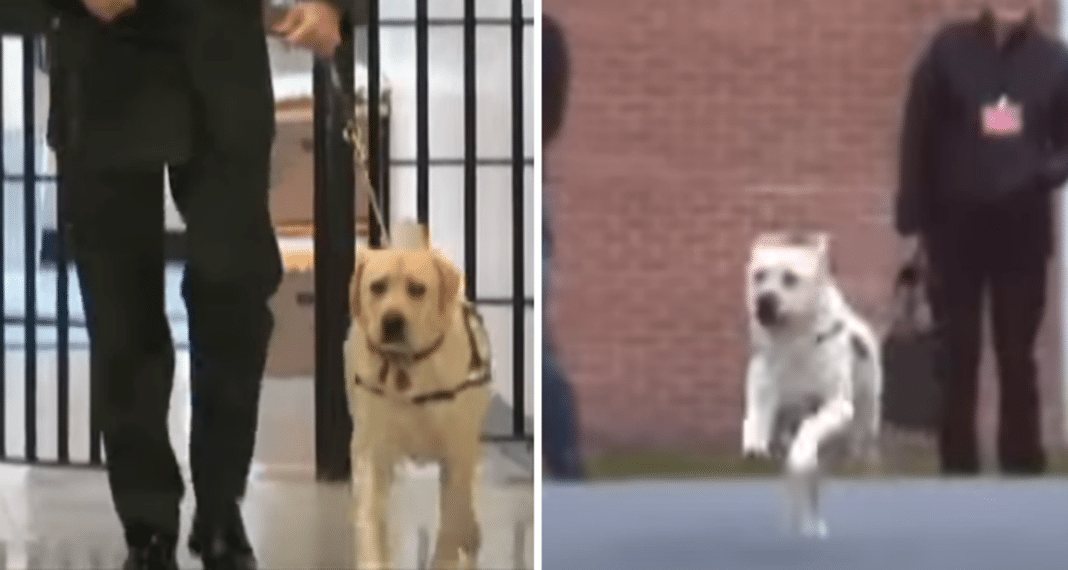 Dogs love us no matter what we do or who we are. They don’t see skin color, gender, age, disability or income. They see us as the people we are inside. We don’t have to be someone we’re not for them; they love us despite our quirks and foibles, imperfections and mistakes. They help us overcome stressful situations like post-traumatic stress disorder brought on by life events like war injuries and domestic violence.

For one service dog named Pax, he’s brought joy and love to many lives. Iraq war veteran Bill Campbell’s world wouldn’t be as full if he didn’t have the emotional support and strength of the golden labrador at his side.

When Bill returned from his time in Iraq, he wasn’t in a good place. During his time overseas, he sustained a traumatic concussive brain injury that left him with 100% disability. Deeply concerned for the quality of life and mental state of their loved one, his family didn’t know how to help him. Bill’s post-combat stress was so severe; he’d rarely leave his home in Washington state.

Bill’s life would be forever changed when he receivedPax; the pooch was a fully-trained PTSD service dog. Pax gave Bill the emotional support and strength the 47-year-old needed to move forward with his life. Bill was so grateful for his sweet buddy; he wanted to meet the person responsible for training Pax.

The two journeyed to Bedford Hills Women’s Correctional Facility. Pax remembered his time spent there. Most importantly, he recognized the person he’d spent time with – the woman who trained him. He couldn’t wait to be reunited with her.

His tail wagged in anticipation as his gaze darted around, searching for Laurie Kellogg, his trainer. Finally, Pax spotted Laurie running on the prison grounds. He ran to her and showered her with kisses.

Laurie received Pax just three weeks after the death of her father. She explained the impact he had on her life.

“I too had P.T.S.D. after years of domestic violence. I too had flashbacks,” she told Bill.

“Pax knew, and he let me know I wasn’t there — I was here. I knew he would make someone feel safe.  He made me feel a sense of freedom in a place I was supposed to feel anything but.”

Animals can sense our emotions. They know how to reach us in ways our fellow human beings can’t. Thanks to his training, kindness, and love, Pax has changed the lives of two people who desperately needed his intervention.