Veteran Thinks He’s Just There To Lead Pledge Of Allegiance, But What They Do Next? Tears! 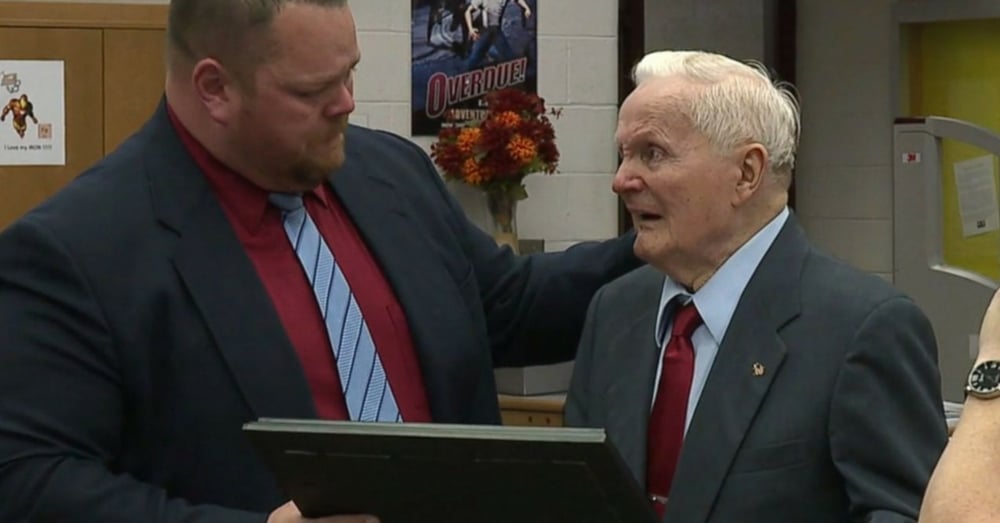 A 90-year-old World War II veteran from Pennsylvania has finally received the piece of paper he’s wanted for over 70 years: a high school diploma.

George Fricovsky, Sr., 90, attended a school board meeting in Taylor, Pennsylvania, on Tuesday night under the impression he was simply going to lead the Pledge of Allegiance.

But after reciting the pledge, Fricovsky was surprised with a framed high school diploma. Making the moment even more special was the fact that it was presented to him by his grandson, David Walsh, who happens to be a vice principal at Riverside Junior-Senior High School in Taylor.

“Pop was in tears, straight tears,” Walsh told ABC News today. “It was something that he’s always wanted, something he always deserved.”

Walsh said his grandfather left high school at the age of 17 in 1944 to fight for the U.S. Army during World War II.

Fricovsky served in France, where he was wounded in battle in 1945 by a hand grenade thrown by German soldiers, according to Walsh.

“After getting hit, he laid in pain for 11 hours before he was finally taken to a hospital,” Walsh said. “After that, he was honorably discharged with a Purple Heart.” 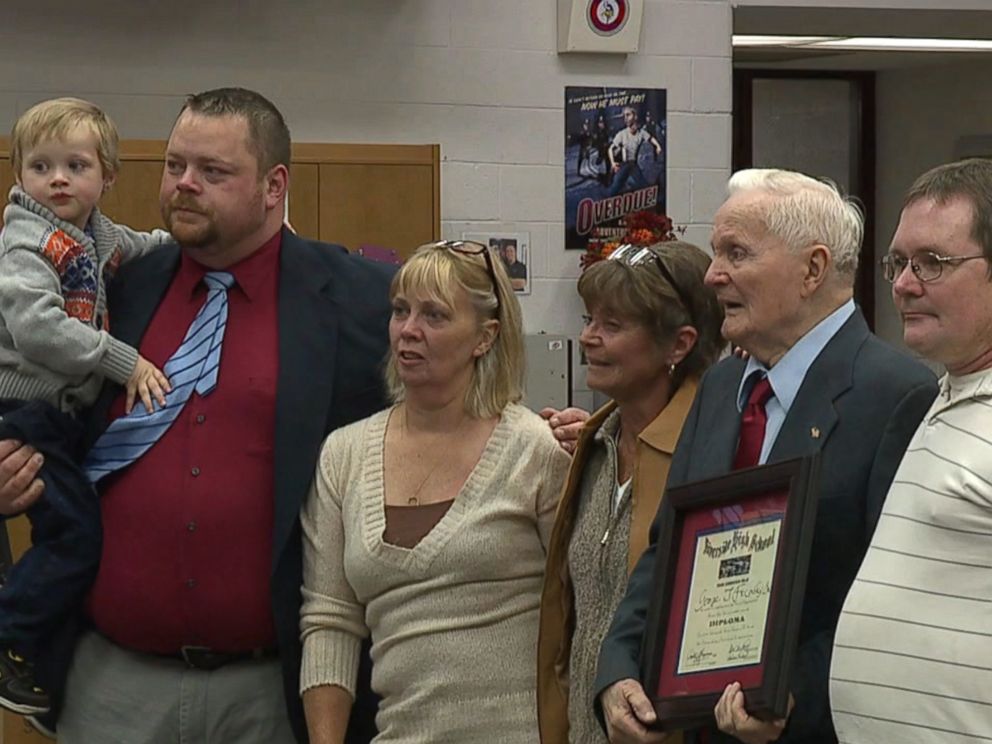 Fricovsky never got to finish high school, but nevertheless worked hard to give his family a good life, his grandson said.

“Over the years, my grandfather would occasionally mention feeling unaccomplished because he never got to get his diploma,” Walsh said. “It was always a passing conversation, but graduation season this past May triggered something in me to approach the school board and do something about it.”

See a video of the emotional ceremony and read more about this inspiring veteran at ABC News.