Veteran Passes Away With No Family To Claim His Body, So Hundreds Of Strangers Attend Funeral 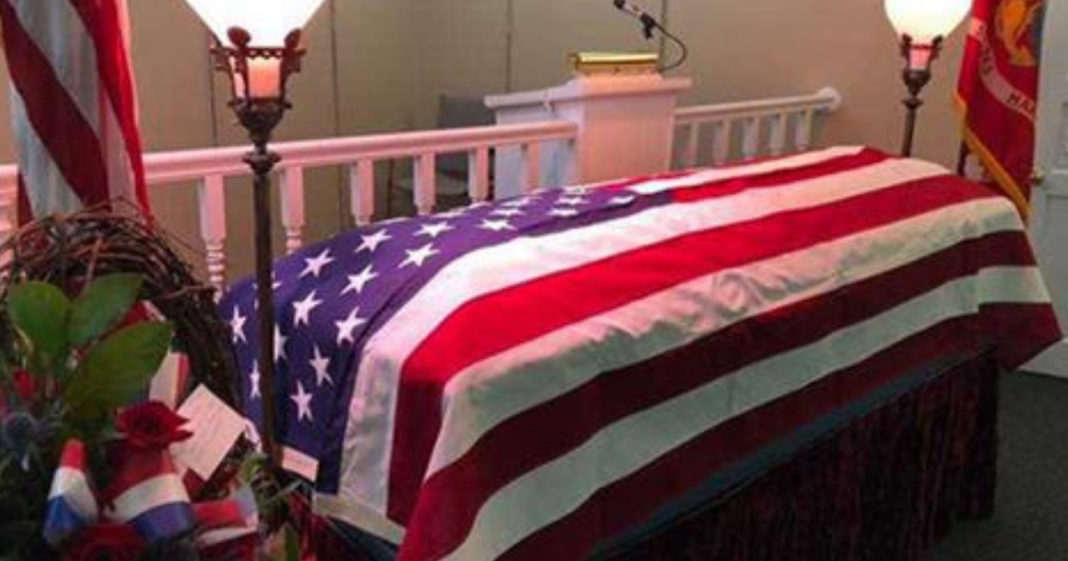 When brave young American men and women make the decision to serve their country in one of the branches of the U.S. military, it is nearly without fail a decision that will affect the rest of their lives. While most Americans honor and respect veterans, the sad fact is that there are veterans who don’t have a family.

Leo Stokley, a 69-year-old man who served in Vietnam, was one such veteran. The Murfreesboro, Tennessee man served his country faithfully in the U.S. Marines. When he died in an Ashland City nursing home, it was discovered that he was “unclaimed,” which means that he had no family to handle his funeral, and equally heartbreaking, no one to attend. 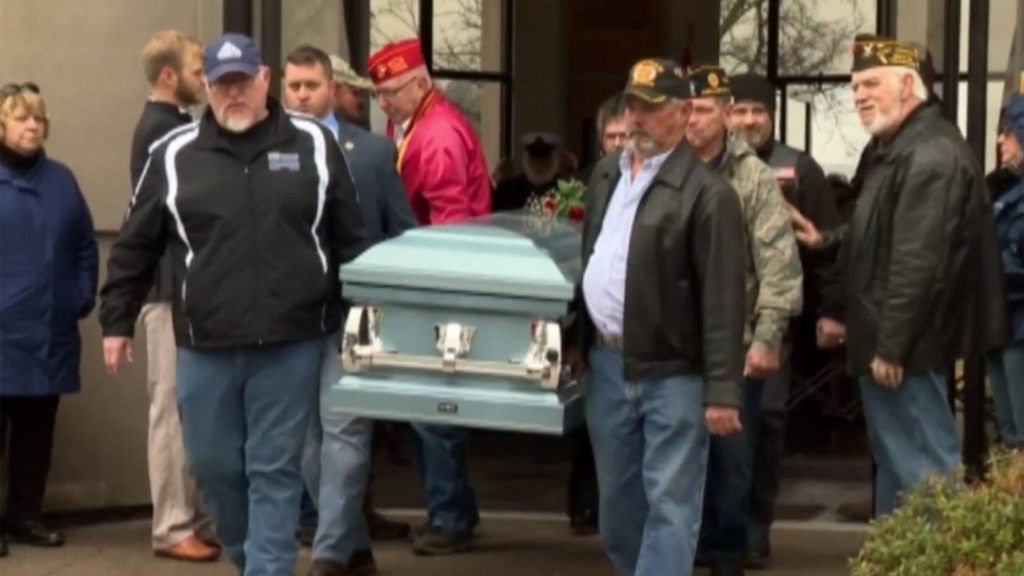 But Mr. Stokely served the American people and in the end, the American people served him. Though he was set to be buried with military honors on November 9, there was still the problem of no one being there to pay witness to his final service. So the Cheatham County Veterans Service Office put a post on their official Facebook page.

Following is the obituary of Leo Stokley. He was a Vietnam Veteran that died at The Waters of Cheatham. Mr. Stokley had no family and is considered “unclaimed”.

We are asking Team Cheatham, and especially our Veterans, to claim Mr. Stokley as a matter of respect for his military service. No Veteran should have a funeral without someone holding his/her service in high regard. It’s just not right or fitting.

*** Call for Attendance (Pegram, TN) ***WTF Nation, we have an unclaimed veteran being buried with no family. Leo…

Hundreds of people showed up at the Middle Tennessee Veteran’s Cemetary in Pegram. Mr. Stokley was honored by people who stood in cold, drizzling rain to bear witness to him being laid to rest.

Cheatham County Commissioner Walter Weakley also served in Vietnam and it was important to him that he be there to show his respects to Mr. Stokley. Via The Tennessean:

“No veteran should ever be laid to rest without somebody being at the funeral,” he said. “And he was a Vietnam veteran, so I feel like he was a brother of mine.”

“’though I walk through the valley of the shadow of death, I fear no evil’…No telling the valleys of death we all walked through.”

The Cheatham County Veterans Service Office was overwhelmed with the response and posted this in the comments of their Facebook post.

So, I have had a couple phone calls this morning saying how MANY!! people are at Mr. Stokley’s service! One man said there was well over 100 cars there. Another said they thought they saw a news crew? Wow! Just Wow! Thanks Team Cheatham and anyone else from around mid-TN that has shown the love to this Veteran!

We have heard a lot of response for attending Mr. Stokley’s service tomorrow morning. We certainly appreciate all of you that have called the office and those otherwise showing concern for him. Please continue to spread the word such that we have a ton of support for this seemingly forgotten Veteran. No Veteran should go out alone. Team Cheatham will not forget you. LW

Bob Counter of the Cheatham County Veterans Service Office said that it heartwarming that Leo, who knew none of the people who were at his funeral, nevertheless played a role in bringing people together, especially around Veteran’s Day.

Sgt. Leo Stokely was unclaimed and has no known family, but his funeral shaped up to be an event fit for a hero.

“Some good comes (from) everything. Leo brought a bunch of people together that he never knew, but he never was without family.”

Bless all of these good people who came together to honor an American soldier.