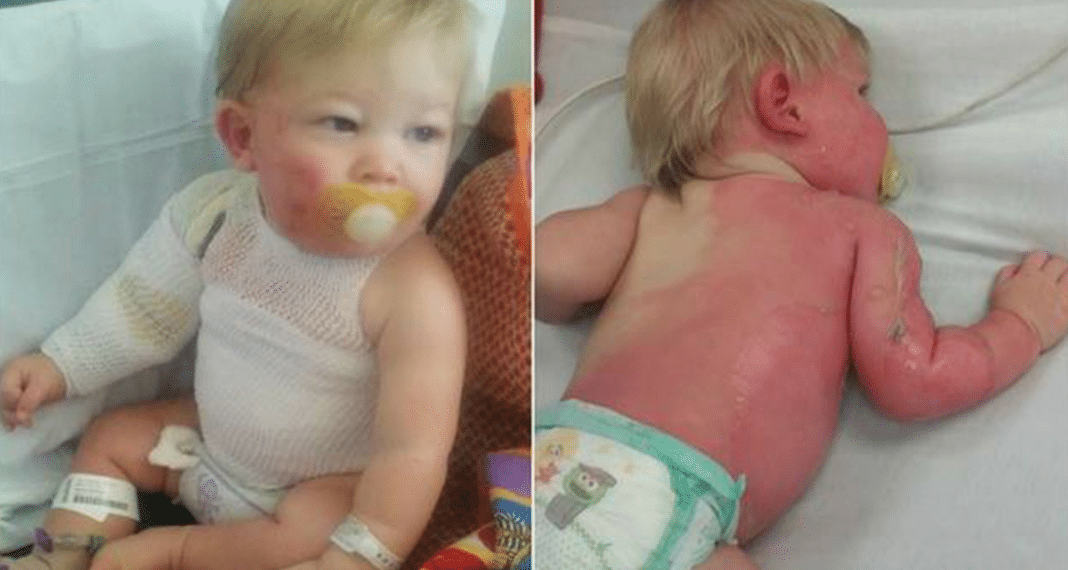 Summer has arrived. Children are on summer break. They’ll be outdoors, playing in kitty pools and sprinklers to keep cool. With the new season comes hot weather, blazing sun and the potential of children and animals to receive burns from garden hoses. Fire departments are taking to social media to warn the public of the dangers of leaving their hoses out in the sun.

If you leave your water hose out, it can heat the water’s temperature to dangerous levels. One example the Las Vegas Fire and rescue tweets each year is a photo of a 9-month-old who received second-degree burns to 30% of his body. The toddler came into contact with water from a hose that had been sitting out. The San Tan Valley, Arizona child, was injured while his mother filled up a kitty pool. She accidentally sprayed him in the process.

The picture is quite disturbing. It shows his reddened torso and face. The scalding water peeled off a layer of skin from his shoulder and stomach.

According to the Burn Foundation, water that has reached a temperature of 140-degrees or hotter can cause third-degree burns; it only takes five seconds for this scalding liquid to burn the skin.

Here is what they tweeted:

Here in Las Vegas, a garden hose exposed to direct sunlight during summer can heat the water inside the hose (not flowing) to 130-140 degrees which can cause burns especially to children & animals. Let the water flow a few minutes to cool before spraying on people or animals. pic.twitter.com/FMkzEt27xl

Tim Szymanski, public relations officer of Las Vegas Fire and Rescue, says he has posted the photo of the child for the past two years to warn the public of the dangers of leaving their hoses in the hot sun. “The hose sits in the sun, and when the water that’s left in the hose sits like that, it heats it up,” Szymanski tells PEOPLE. “When people turn on the water they think the water will instantly be  cold, but it isn’t, it actually could be extremely hot.”

The fire department has also provided suggestions to prevent more of these unfortunate accidents. After turning on the hose, let the water run for a few minutes to allow the temperature to cool down. Keep in mind this warning also pertains to animals. Hot water can also harm them if it’s too hot.

Keep this in mind as you cool off this summer. Remember to have fun and to share this story!