Uber Driver Realizes Passenger Is Being Trafficked. What He Does Next? This Man Is A Hero! 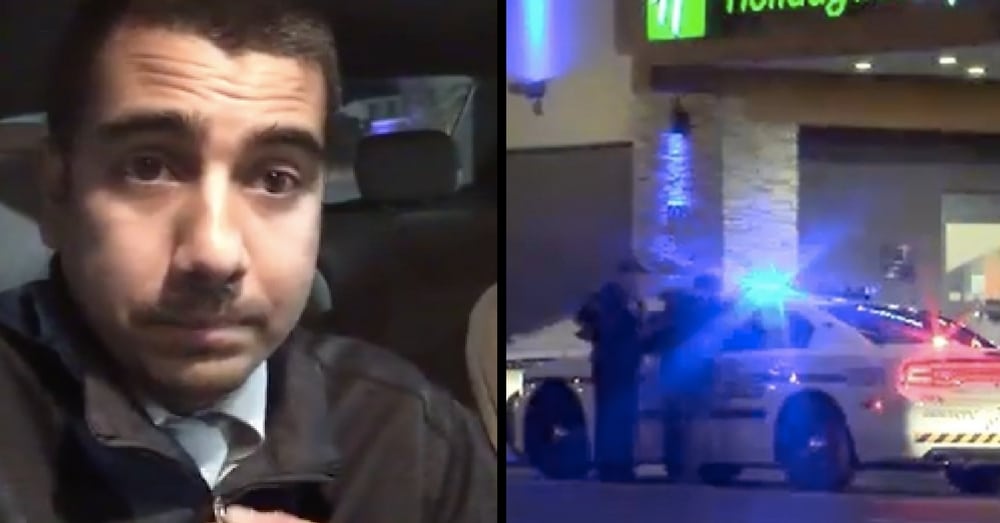 When Uber driver Keith Avila started his shift in Sacramento, California this week he thought it would be a normal day. He had no idea that by the end of the day he would end up saving a young girl’s life.

“The worst thing I thought would happen when driving Uber is that I would be getting drunk passengers and I would have to handle them,” Keith said. “All my life, I thought about people throwing up in the car as the worst scenario.”

But when three women got into his car that night he realized there could be way worse scenarios.

As Keith drove the women to a nearby Holiday Inn the two older ones began to openly talk about how they were going to deliver the other woman to a “John” and about the money they would collect from him.

Keith realized the younger woman was a victim of sex trafficking and was about to be sold as a prostitute. He knew he had to do something.

As soon as Keith dropped his passengers off at the hotel he called the police. When they arrived he started streaming on Facebook LIVE, and his reaction to helping break up the child sex trafficking ring has since gone viral and been viewed over 137,000 times as of this writing.

As soon as police arrived on the scene they detained Destiny Pettway, 25, and Maria Westley, 31. The two women have since been charged with pimping and pandering.

They also rescued the 20-year-old victim, Disney Vang, who they found in a hotel room. At first she was arrested on suspicions of sexual activity with a minor, but she has since been released.

For Keith, knowing he helped saved Disney from an awful fate is rewarding, but it has affected him and his wife in other ways too. They have a six-year-old son and, after learning Disney had been a runaway and a missing person, they realized that trafficking can happen to anyone.

Now they plan to educate their son of the subject of sex trafficking so he can protect himself and make others aware of the dangers and how to stay safe.

“[We] just want to take care of our son and educate him on the subject and to be aware of everyone around us because this kind of thing can happen to boys, not only girls,” Keith’s wife, Guadalupe, said.

After Keith’s video went viral a member of the Uber Safety Team reached out to him to thank and congratulate him for his heroic deed. He said the three people involved in the trafficking incident have been permanently banned from Uber.

“Maintaining the platform as a safe and comfortable place for both riders and driver partners is very important to us, and any incident that disrupts that experience for either party is one we take very seriously,” an Uber representative told Keith.

“We appreciate your professionalism in a difficult situation.”

Do you think Keith is a hero for what he did for this young woman? So share this!