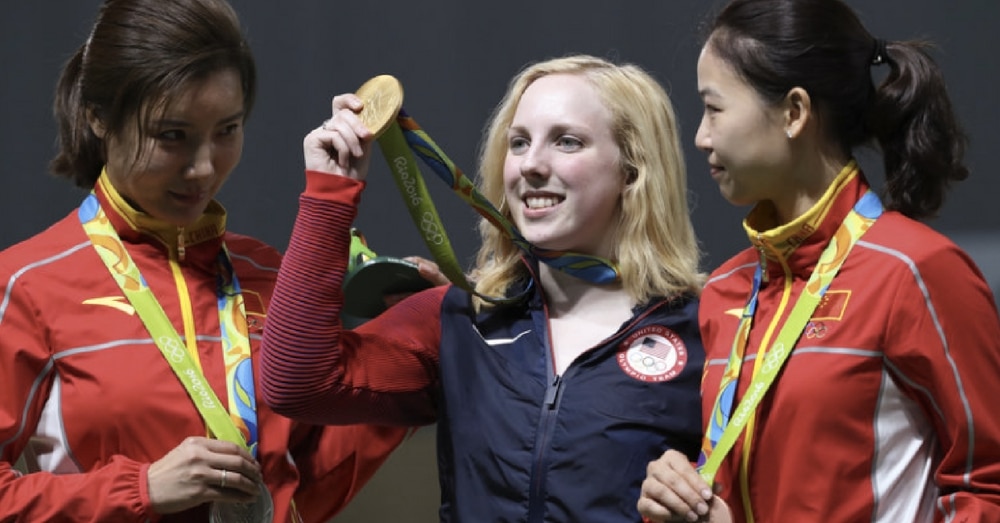 Ginny Thrasher, a 19-year old from West Virginia University, took the first of the more than 300 gold medals that will be awarded at the Olympics in Brazil, winning the 10-meter air rifle on Saturday.

Thrasher, the youngest of the 15 members of the U.S. rifle team, bested a field of 50 competitors, comfortably winning the final duel with China’s Du Li, who won gold medals at the 2004 and 2008 Olympics.

In the air rifle competition, shooters use pellets with a flat fronts that leave clean holes in the paper target that determines scoring.

Thrasher is from Springfield, Va., and first began shooting five years ago when she went deer hunting with her grandfather.

“It was just a big rush of adrenaline,” Thrasher said of her first hunting trip in an interview with The Washington Post. “Things were happening very fast and all of a sudden, my aim was good and it was an exciting feeling.”

Learn more about this talented teen at NPR.