Great Dane Chews Off Own Leg To Escape Starvation, Then Cops Show Up To Deliver Justice 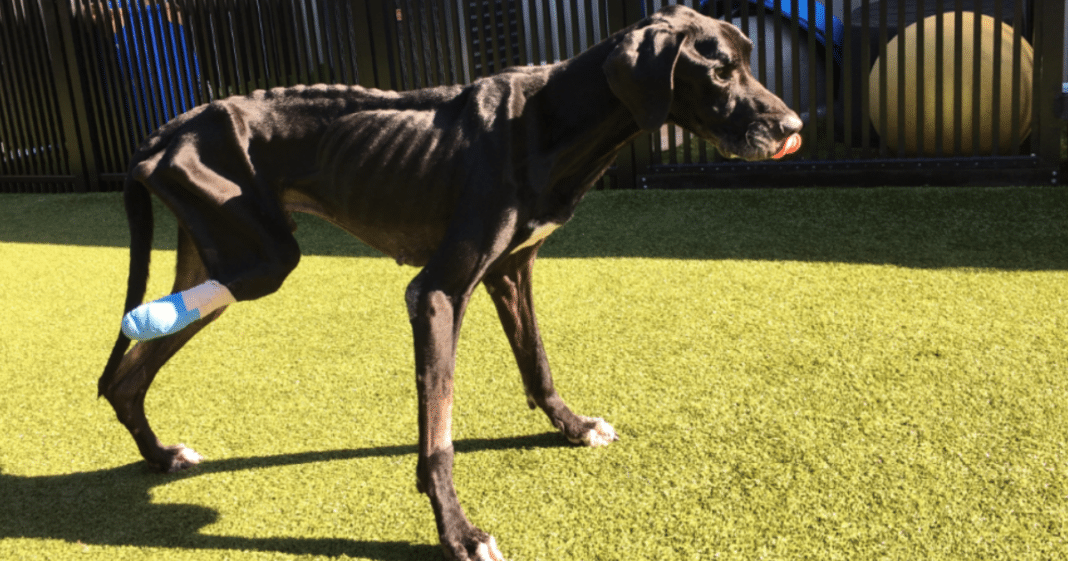 A non-profit animal rescue group, Noah’s Arks Rescue in Okatie, South Carolina, is doing everything they can to save a Great Dane that suffered unimaginable abuse. The large dog named Lucifer had barely survived hell, chewing through his own leg to try to escape. A neighbor alleged the dog had chewed off his leg in desperation after getting caught up in a runner cable.

Lucifer was starved beyond description, and his leg was severely infected. The people at the home said they were trying to treat it themselves because they couldn’t afford veterinary care.

An officer arrived on the scene and he described what he saw at the home:

“When I approached the fence I could see a very skinny black Great Dane with an injury to his back right leg.”

“As he got closer I could see that over half of his leg was gone.” 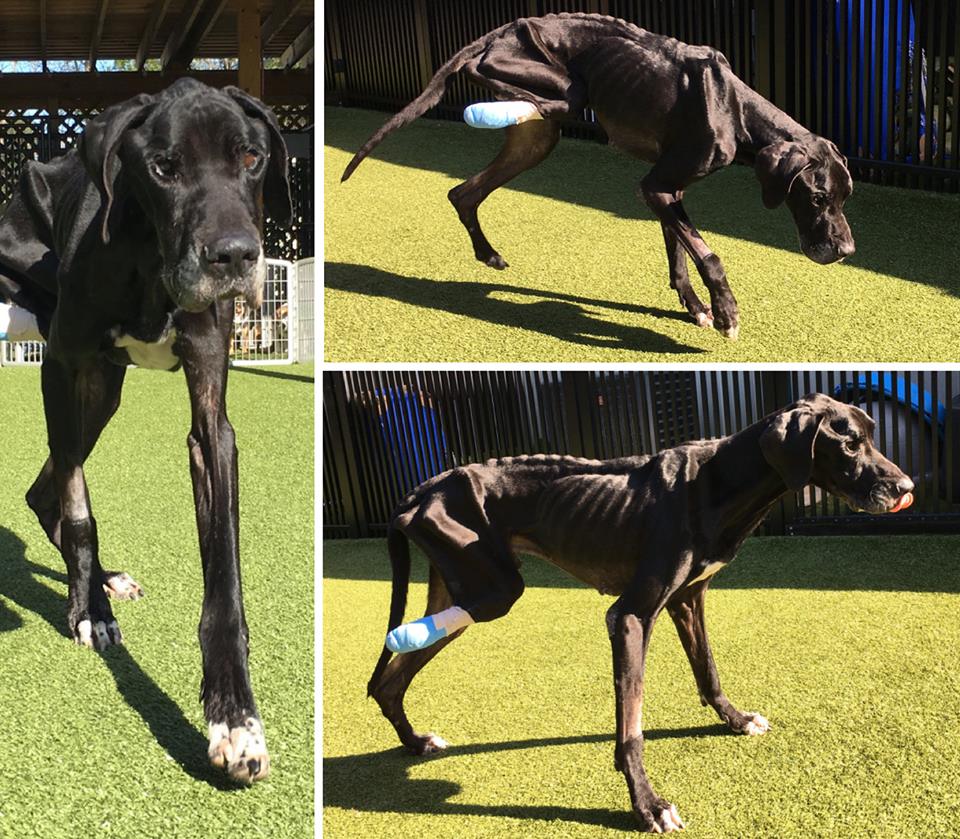 Jessica James, 32, a woman living at the home, told the officer they had placed Lucifer on a runner because he had tried to jump their fence. And little wonder, as it appears the poor dog hadn’t eaten in months. The officer also spoke to a man at the home, Sklar Craft, 38, and he gave a conflicting story about how long Lucifer had been tied up and injured.

According to FOX Carolina, The man and woman from Ware Shoals were both arrested and charged with one count of ill-treatment of an animal and torture. According to PEOPLE, they were both released on $5,000 bonds. 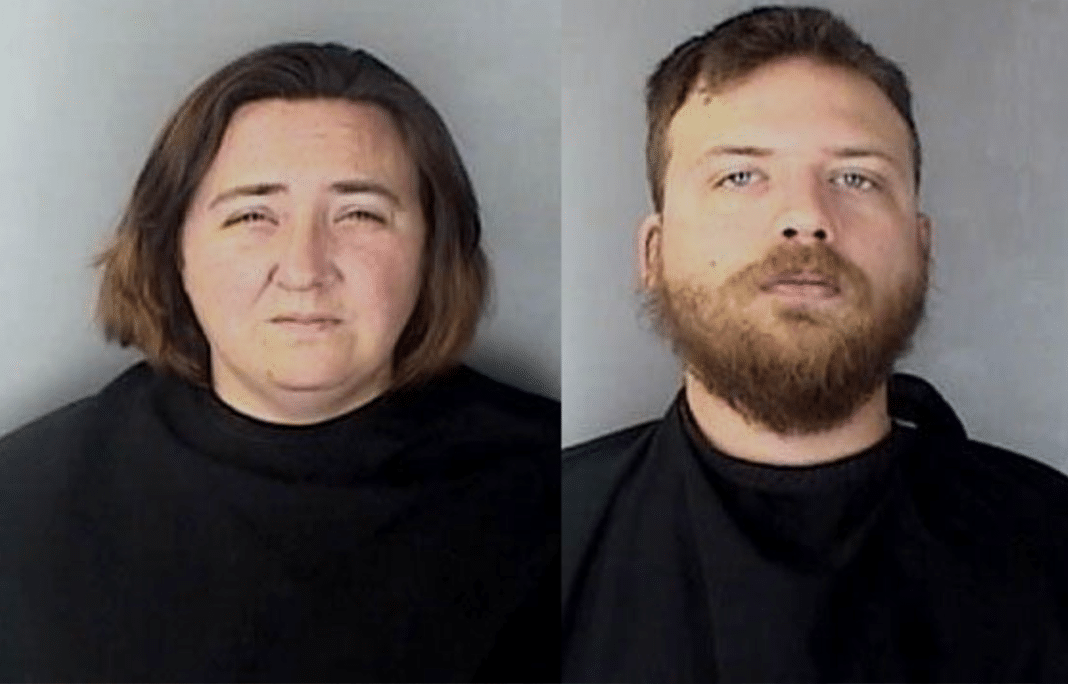 The police rescued Lucifer and took him to a local non-profit animal rescue called Noah’s Arks Rescue. Since then, they renamed the Great Dane. He is now named Luke, and the rescue has tried everything they can to save him.

Luke has life-threatening infections after starving for who-knows how long. His wounded leg is so infected that the specialists have determined they must amputate it. However, complications from intestinal issues and respiratory infections have prevented them from conducting life-saving surgery.

The rescue group wrote that it was one of the worst cases they had seen.

“Poor Luke has got to be one of the saddest cases we have had in a long time.”

“All of the pups we save are sad and desperate but his reaches down into your Soul.”

Noah’s Arks Rescue could not rule out that Luke may have been poisoned.

The rescuers have found the dog to be loving and gentle without a mean bone in his body despite the cruelty he faced.

“Luke is a fabulous dog that should have never been in the horrible situation he was put in.”

“He is a sweet, loving, Gentle Giant that wants nothing but Love.”

In their most recent update, Noah’s Arks Rescue explained that Luke is still in danger of losing his life. They are hoping they can receive donations to pay for his costly ongoing veterinary care and rehabilitation, should he pull through. They believe it is a miracle he has made it so far.

“My heart and gut tell me Luke is still in Danger of losing his Life. I believe it is a Miracle he is alive today. I Believe in MIRACLES all the time and am going to do everything possible to save Luke.”

They noted that the dog clearly had a strong will to survive.

“He is a strong-minded dog that chewed off his leg to survive. He was a Fighter and a Survivor when no one cared about him. He knows we Love and Adore him and are doing everything possible to give him what he needs to Survive.”

The rescuers are asking for prayers as well as generous donations.

“Please, Pray for our beautiful boy and for the Physicians that are looking after him.”

“Everyone needs your Prayers tonight.”

You can donate to help Luke at the Noah’s Arks Rescue website.