TV Host Asks Ashton Kutcher How She Can Pray For Him. She Wasn’t Expecting His Response 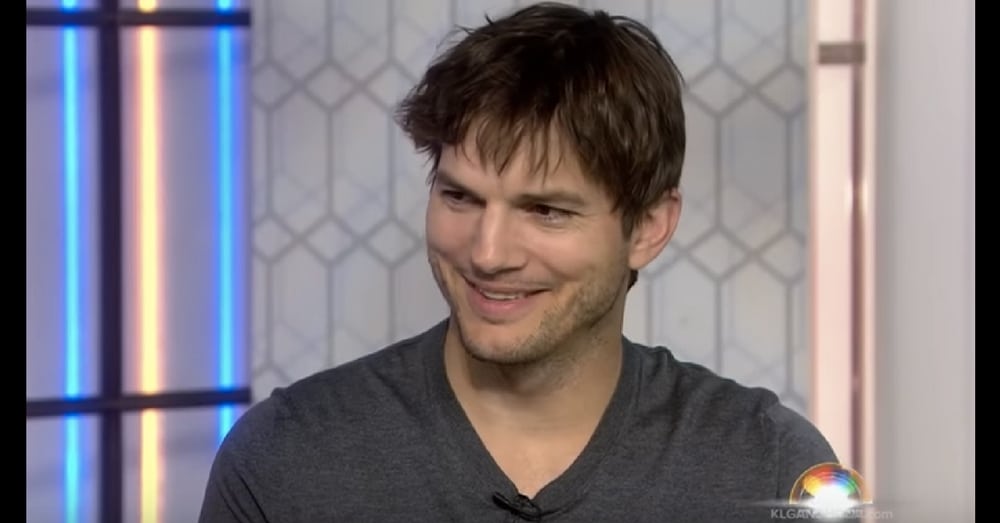 If someone were just to look at actor Ashton Kutcher, they would see someone who seems to have it all. He has a solid career in Hollywood, he’s invested in several successful companies, and he has a beautiful wife and two adorable children.

Some might even assume that he is shallow. It would be easy for a successful actor to be so – they have money and fame, why would they need anything else?

But get to know Kutcher and you will discover that there is much more to him than what first meets the eye. He uses his fame and position for good. Never was that more clear than during his recent appearance on the Today show.

Kutcher was on to talk about a show he has been producing and starring in, and while he was there, co-host Kathie Lee Gifford asked, somewhat flippantly, what they could be praying for him about.

Without skipping a beat, Kutcher replied, “You know what you can pray for me about? I’ve got something.”

He then went on to tell Gifford and her co-host, Hoda Kotb, about an organization he co-founded in 2008 called Thorn, which builds digital tools to help combat human trafficking.

He originally got involved in the fight against human trafficking after stumbling across a Dateline feature on sex trafficking in Cambodia.

“I was watching six and seven-year-old girls being raped for profit,” he recalled. “I said to myself, ‘I don’t want to live in a world where these things are happening and I’m not doing anything about them.’”

In 2016, Thorn identified and rescued over 6,000 trafficking victims and captured over 2,000 traffickers, and Kutcher has no plans to stop his very important work.

“I was seized by a feeling of wanting to find the guy who is raping a 7-year-old girl and just beat the (expletive) out of him, really take his guts out,” he said. “That feeling won’t change for me five or 10 or 20 years from now, wanting to take that guy to the woodshed won’t change, fighting for that girl won’t change. So whether I’m tackling this on a large platform or am just a guy with a sign, I’ll be doing this in 20 years.”

As for what’s next, Kutcher says he has set a new goal to eliminate child pornography on the internet.

Kutcher is definitely more than just a pretty face, and we applaud his efforts to protect women and children and use his influence to change the world for good!

Were you impressed to see how Ashton Kutcher is using his influence for good? So share this!