Truck Driver Takes Doll With Him Everywhere He Goes. Reason Why Is Too Cute For Words 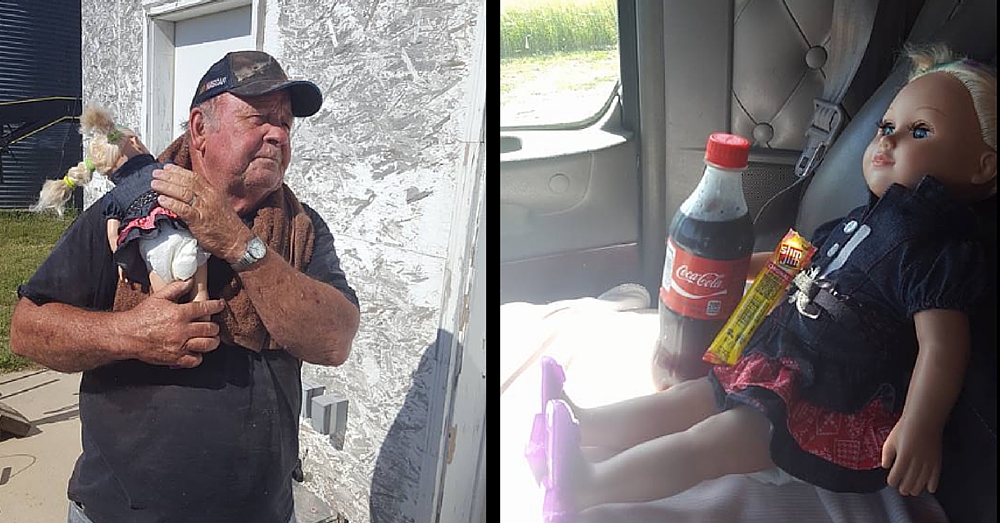 When his 9-year-old daughter, Joselyn, asked him to babysit her doll, “Abbie,” truck driver Trent McCain had no choice but to oblige. Since then, Abbie has been on quite the adventure, and Trent has the pictures to prove it.

On Tuesday night, Joselyn asked Trent if he could give her a break and take his “granddaughter” with him to work. “She really wants to go trucking with her Grandpa,” she told him. The next morning she reminded him of his promise, and so he agreed to take Abbie with him on the road. “I didn’t want Joselyn thinking I threw Abbie in the sleeper and forgot about her,” Trent said, so he took pictures of Abbie to send back to her “mom.” “[Joselyn] has been sending instructions via FB all day,” he said. At one point during the day Trent had to meet up with his dad to load wheat from their farm so they could deliver it to town. “The look on my fathers face was priceless when I climbed out of the semi with Abbie that morning,” Trent said. “I told him ‘your granddaughter asked me to babysit’ I decided for fun to take a picture with my father and Abbie to show Joselyn that we were actually babysitting as she asked.” Trent first posted the pictures on his personal Facebook page, but they caused such a stir amongst his friends that he decided to post them on his business page. They have since gone viral and delighted thousands. “Abbie and Grandpa have had a good day,” Trent wrote, “glad we could bring a little entertainment to our friends.”

Did you love seeing the cute way this dad showed love to his daughter? So share this!