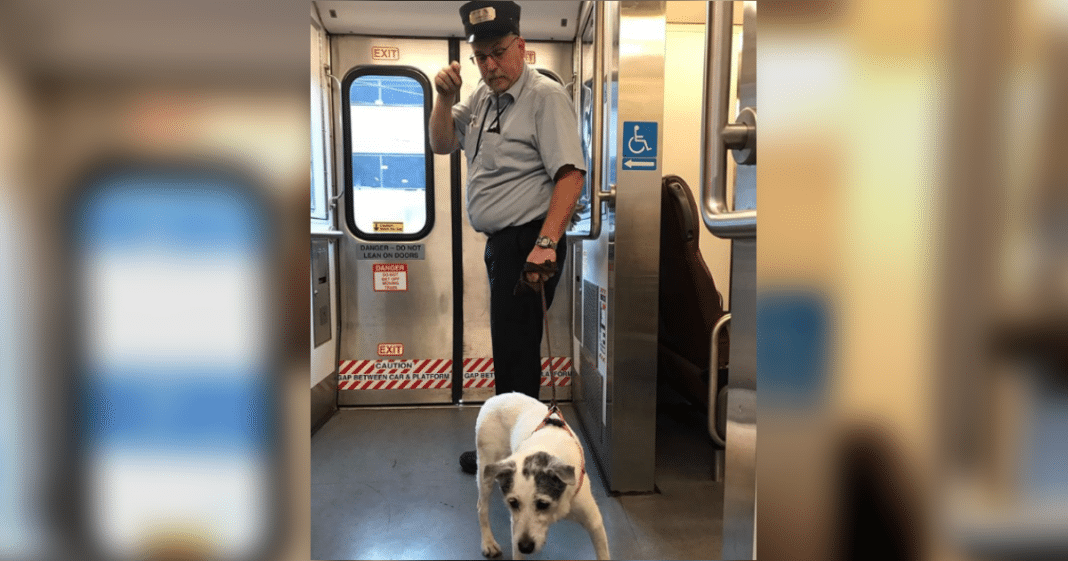 A quick-thinking NJ Transit conductor made a mad dash to rescue a dog that had found its way onto the tracks in South Orange, New Jersey. The crew had called to stop all rail traffic to save the pooch. Howard Kempton sprinted to the white and grey-spotted dog, took off his tie, and used it to as a makeshift collar. He then brought the lucky dog safely onto the train.

A passenger aboard the train posted a picture of Kempton with the dog on Instagram, which was picked up by the local news. She described the dog, named Shelby:

“She was very sweet, though a little rattled.”

He’s our new fave NJ Transit conductor! Shelby the dog was loose on the tracks in South Orange. Conductor Howard Kempton stopped train traffic. He sprinted to rescue Shelby and even used his necktie to fashion a leash for the dog. Thanks, Howard! ??? || ? @daniellephant144 – #njtransit @njtransit #nj #newjersey

According to NJ.com, the crew on the westbound train got an alert that the dog was on the tracks around 1 p.m. That’s when they called to stop rail traffic, and Kempton went into action.

Fortunately, she was wearing an ID, and a passenger on the train was able to contact the owner, Judy Karamessinis Gunn. Shelby was turned over to the police at Summit, where a relieved Gunn came to pick her up.

Gunn said that Shelby got away when her leash broke while they were walking at South Mountain Reservation.

“I looked for her for two hours before I got the call,” she said, after NJ Transit posted a photo on Facebook. “You are heroes and I’m forever grateful.”

Now, Kempton has also received thanks from the NJ Transit Police, and he and Shelby are famous. He’s another everyday hero who deserves a special thanks for saving Shelby.

Congratulations to NJT Conductor Howard Kempton on a life-saving collar! The crew on board a westbound train from Penn…

He's our new fave NJTransit conductor! This weekend, Howard Kempton stopped train traffic to rescue a dog that was…