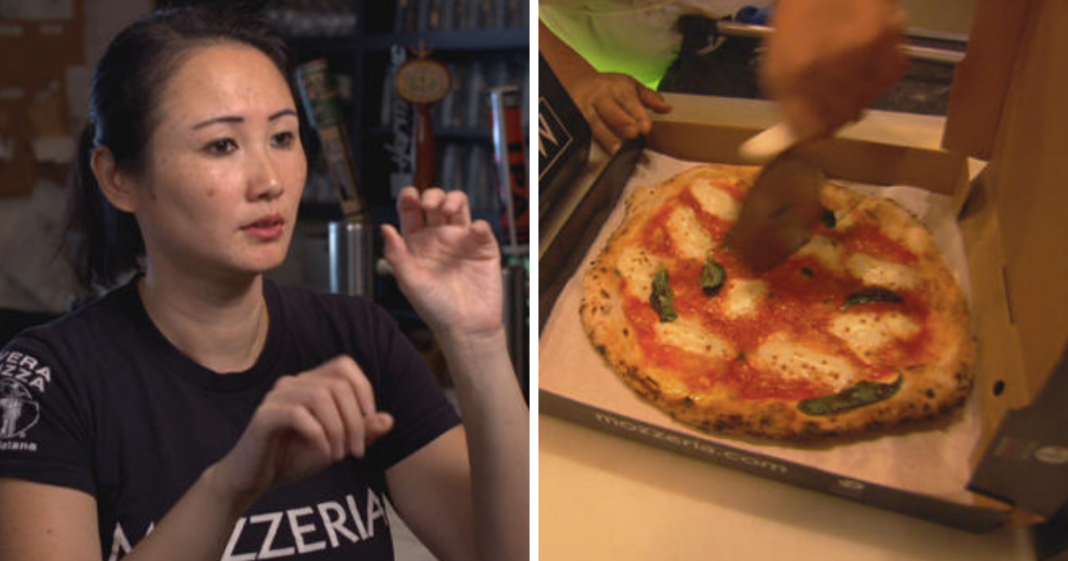 Pizza fanatics in San Francisco can’t stop raving about one of the city’s unique top-ranked pizzerias called Mozzeria. But what sets this restaurant apart isn’t just its food, you see Mozzeria is owned and operated solely by people who are deaf.

Owners Melody and Russell Stein opened Mozzeria in 2011, and it quickly became a favorite among bay area foodies.

All of their ingredients like their sausage, sauce, and cheese are imported from Italy and comes together in a delicious symphony while baked in their 900-degree wood-fired oven. “We also make it in-house,” said Melody, signing.

“And if that doesn’t make you hungry, I don’t know what will,” added Russell.

But for their regulars who visit night after night, great pizza is only part of their restaurant experience. Because unlike more traditional restaurants, customers are free to make as much noise as they want as they communicate their orders threw pointing at the menu. 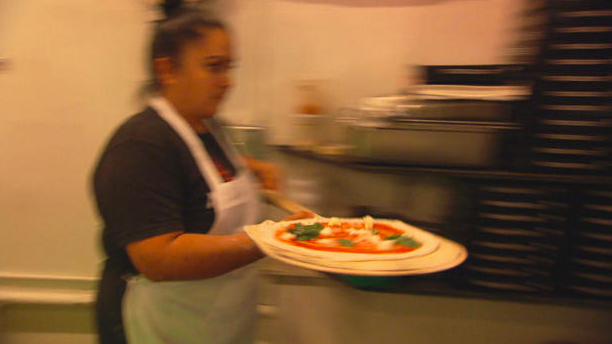 Mozzeria also takes phone take out orders. When the phone rings, the wall glows with a green light signaling the employees of an incoming call. An operator answers the call and translates your order to the crew via a closed circuit TV.

However, this operation isn’t just about serving excellent food.

CBS News correspondent Tracey Smith asked Melody, “How important is it to you to have an all-deaf staff?

“Oh, it’s very important,” she replied. “If a hearing person, say, doesn’t work out here, they can find a job tomorrow, no problem, while all the deaf people here have to look for years and still can’t find a job. That’s when I decided I would have an entirely deaf team, even if they have no work experience.”

For Melody, the restaurant business is in her blood. Her family back in Hong Kong also owns a restaurant, and she met her husband Russell while attending Gallaudet University. Mozzeria is the couple’s first restaurant venture.

A heartwarming slice of life: Pizza made and served by the deaf

With a 900-degree wood-fired oven and the highest quality ingredients, Mozzeria is among San Francisco’s most acclaimed pizza joints. It’s also one of the first to be entirely owned & operated by people who are deaf. https://cbsn.ws/2zef5Xm

But now the couple’s has their sights on starting a franchise with a little financing help from the non-profit Communication Service for the Deaf. CSD’s Brandi Rarus thinks its a good investment. “What does this place mean to the deaf community?” asked Smith.

“It means a lot,” Rarus replied. “People often think that deaf people don’t have much to offer, or are less valuable, or less worthy in some ways. And when you come to this place, you see that’s not true. It’s such a great model for success.”

Food Critics like the San Francisco Chronicle’s food editor Paolo Lucchesi continue to sing Mozzeria’s praises. “The pizza’s great. Neapolitan-style pizza is really hard to get correct. It’s so simple, and the simplest things are often the hardest things to do well.”

“You can feel the love in the food,” said Lucchesi. “And it’s just simple, delicious food, the kind of food that you just want on a Wednesday night. And that’s kind of, really, what the best restaurants are.”

“It’s not just the pizza; I feel I get more out of coming here than just the pizza,” said one man. “I think there’s just something about the experience that is really meaningful and connecting.”

With their dream of expansion, Mozzeria may soon be in a city near you.

Smith asked about the tremendous positive support they’ve received, “What does that do for your heart?”

“It’s still hard to believe, but I wouldn’t trade it for anything in the world,” Russell replied.