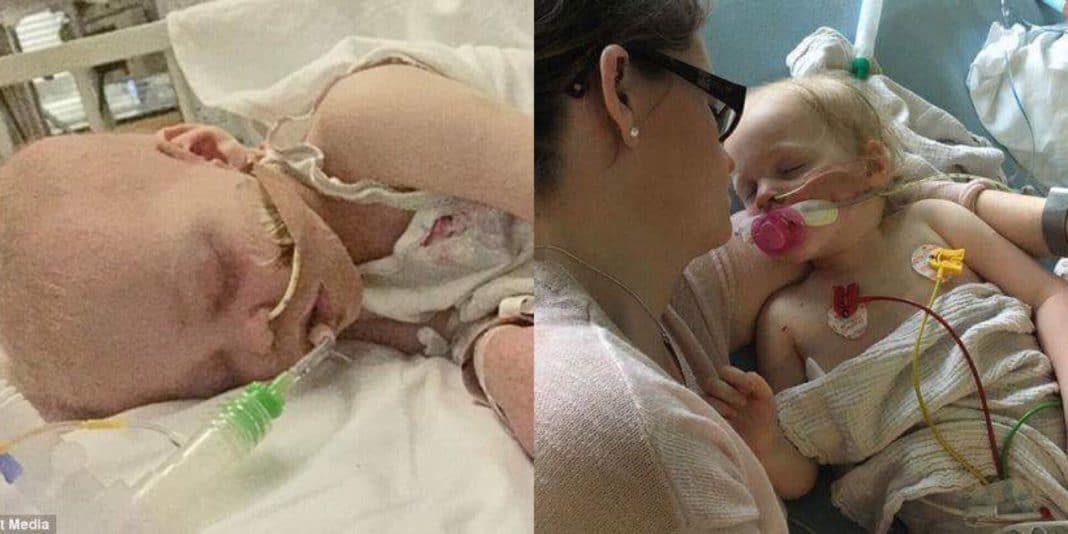 Lottie Woods-John is just 4-years-old. She’s had to endure more than most children. While on holiday with her family in Cornwall when she was only two and a half, Lottie became sick. She’s the first child of David John and Charlotte Woods; she’s the younger sister of teenaged siblings, Georgia and Jack.

Her delighted parents learned they were expecting her on New Year’s eve of 2012: “David was stood in the garden, and when I told him we had a little one on the way he did a happy dance,” Charlotte recalled.

“It was the most wonderful thing to have happened to us.

“I’d had a miscarriage before, and life had felt quite cruel, so to have found David, and to be expecting a baby, it was just amazing.”

During a holiday in Cornwall, the family caught a bug. Charlotte explained how her eldest daughter, Georgia fell sick: “My brother Cliff texted me saying Georgia had a tummy bug,” Charlotte said.

“She was a teenager, so I thought she would just get over it. Then Jack got sick, too, so when we got back home, we thought it was inevitable we’d catch whatever they’d had. ”

On that holiday, the lives of Lottie and her family would be forever changed. Lottie continued to feel unwell. Her tummy began to swell, and she was taken to the emergency room. There, doctors found a Mellon-sized tumor in her stomach. The tumor was so large, it forced the little girl’s lungs into her diaphragm, splitting it open. Lottie was ultimately diagnosed with rare childhood cancer, neuroblastoma.

Charlotte described how she and David learned the horrible news: “As the sonographer was doing the ultrasound I saw a huge black thing,” Charlotte said.

“The sonographer started measuring it, and that’s when I knew it wasn’t good.

“I looked at David, and he mouthed ‘what is that?’ and then the tears came streaming down my face. I  felt like the loneliest woman in the world.

To say Charlotte and David were devastated is an understatement: “Everyone in the family was sick, so I just thought she had a tummy bug, and  for that, I will never forgive myself.”

After her diagnosis, Lottie immediately underwent chemotherapy, and in October, she had a  12-and-a-half operation to remove 95 percent of the tumor. They couldn’t extract all of it because it was located too close to her liver. Her prognosis for survival is around 40%. Sadly, there is an 80% chance it could return. 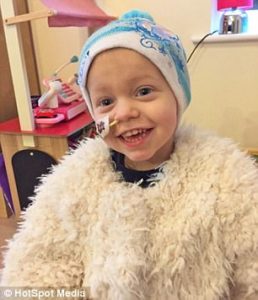 During her treatment, Charlotte hasn’t left her young daughter’s side: “I’m staying by Lottie’s side, whatever.

“When she was diagnosed, I vowed to never leave her.

Charlotte expounds on what a sweet fun child her daughter is: “Lottie was the most happy and laid back little girl,” her mum continued. “As soon as she could smile, she did. She was relaxed, and we could really enjoy her.

”The diagnosis really turned the family’s life on its head: “Everything I ever knew came crashing down. I knew it was bad.”

But she added: “Lottie is such a brave girl, it’s infectious.

“She knows everyone is trying to make her better. She’s so upbeat, happy and smiley – throughout everything her spirit is high.

“She’s such a loving and happy little girl.”

There’s a vaccine available in the United States that could prevent cancer from returning, but it’s very expensive. There is a spark of hope for little Lottie; former Iraq veteran and ex-Royal Marine, Matthew Goodwin from Cheltenham, Gloucestershire, felt touched by her fight and listed his three service medals on eBay. 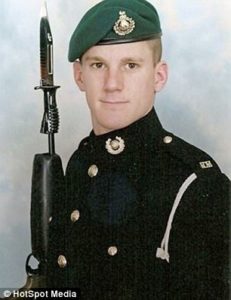 Matthew is a father of one who has never met Lottie. He said about selling his medals: “When I came across Lottie’s campaign, I was heartbroken to read her battle against childhood cancer.

“Her prognosis means she has 85 percent chance of relapse.

“As a father myself, I couldn’t imagine seeing my baby daughter, Freya, suffering like that and I knew I had to help in some way.

“My medals were just sitting in the drawer doing nothing, and I thought they could be used for something worthwhile.

“They were awarded for the sacrifices I made, but I’m happy to forgo that honor if it means helping a little girl in desperate need.”

Charlotte was deeply touched by Matthew’s generosity: “When Matt contacted me to tell me he wanted to sell his medals to help towards treatment costs I was speechless.

“He risked his life for those medals and the fact that he’s not even met Lottie, but wants to help keep her alive is mind-blowing.

“I can’t thank him enough.”

Matthew served in Afghanistan, Iraq and Northern Ireland said: “Raising that amount of money is a monumental task. “If people stand up and support families like Lottie’s then it makes all the difference. “I hope to set a really nice example to my daughter when she grows up. 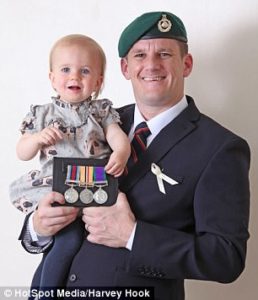 “To show her how to be compassionate and make sacrifices for others. “Once they’re sold, in the place of my medals I’ll be wearing a childhood cancer awareness ribbon. “For me, nothing is worth a child’s life.”

Lottie’s mother discussed her daughter’s health: “At the moment Lottie’s health is up and down. One minute she’ll be happily playing in the garden and the next, her temperature will spike, and she’ll be rushed to hospital in an ambulance.  “We are living day to day and don’t know what the future holds.

“The vaccine treatment prevents cancer from returning, so Lottie needs the cutting-edge  treatment straight away, meaning we need the £200,000 imminently.”

If you’re interested in donating to Lottie’s cause, visit her fundraising page at Just Giving.