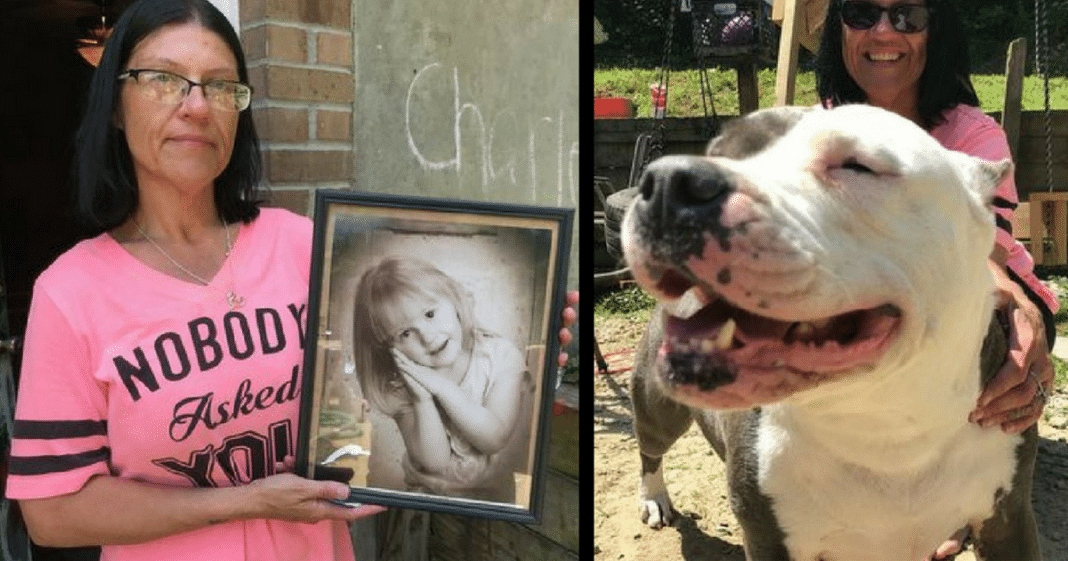 I will never grow tired of praising dogs. They’re loyal, fun, and the best of a friend to anyone, child or adult. Lebanon Junction, Kentucky is a densely-wooded area located 30 miles outside of Louisville. Beth Campbell has custody of her 2-year-old granddaughter, Charlee. Earlier this month, Beth would learn just how faithful their family dog was.

Around 10 in the morning on June 7, Beth realized Charlee was missing. The door to the home she shared with her husband was open. This would be the beginning of 36 hours of worry and fear for the grandmother. 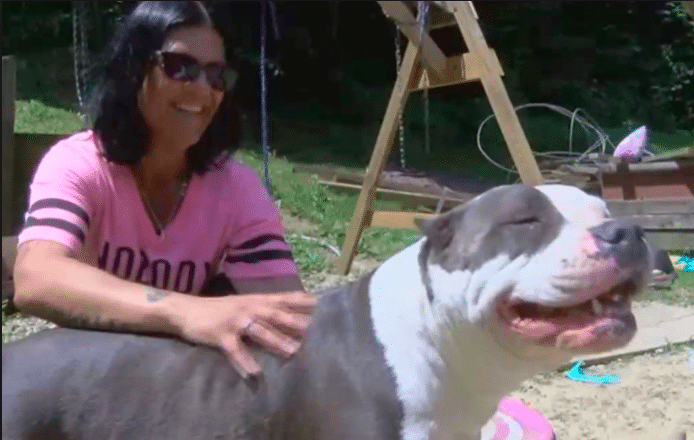 The family’s dog, Penny went missing around this same time as well. With the help of social media, word of the lost toddler quickly spread. Volunteers joined authorities in the search for little Charlee. People looked in the woods near Beth’s home. A day passed with no Charlee.

On the second day of the search, as Beth stood on a hill on her property, praying to God, she saw Penny running toward her home. “God is listening to us. He is listening,” Beth recalled.

Shortly after Penny’s return, the Sheriff’s Department received a call from a neighbor.

Charlee walked onto their porch. Covered in tick bites and dehydrated, the little girl was recognized by the homeowners who live less than a mile from beth. “I’m convinced God led her to our porch,” homeowner Wayne Brown said.

The Bullitt County Sheriff’s Office posted this update on Facebook:

Charlee’s amazing survival story continued tonight when she walked up on a porch on Roy Layne Road this evening. The…

“We’re so happy, we didn’t give up,” Bullitt County Sheriff, Donnie Tinnell said, fighting back tears. “Hope was going way down for me. … I was really starting to wonder what was going on.”

Officials are still unclear how Charlee disappeared. The woods around Beth’s home were searched multiple times, so they aren’t certain whether she was in the woods the whole time she was missing. It has since been reported that Beth will face charges of neglect and endangering the welfare of a minor.

The family is just glad Charlee is safe and at home. They believe Penny watched over the little girl and kept her from harm. “This is our hero right here,” Beth stated. “When my dog didn’t come home, and my baby wasn’t home, she was not going to leave that baby until she got here.

“By the grace of God and everyone that helped, she’s (safe), and that’s all that matters.”