Toddler Has ‘Creative’ Answer For Who Drew On Mirror. When I Heard I Couldn’t Stop Laughing 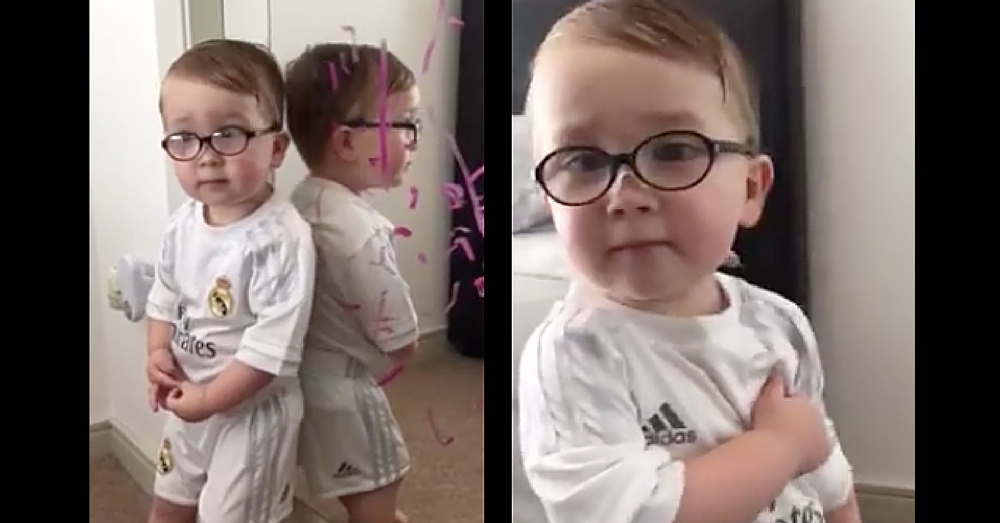 The bespectacled toddler was caught leaning up against his mom’s mirror next to some freshly-drawn pink lipstick marks.

When Laura asked if he had drawn on her mirror, Noel very solemnly told her “no.” Then, when asked who had done the misdeed, he had an answer ready that made it hard for Laura to keep a straight face.

It looks like Batman’s got some serious explaining to do!

“I kind of knew he would give me a funny answer,” Laura told TODAY. “He always comes out with something hilarious; he’s such a character! It’s normally his sister or the cats that get the blame, so Batman was a first.”

Apparently Noel had gotten into his sister’s makeup case and decided to do some artwork on his mum’s mirror. Knowing he would have a cheeky answer, Laura got the camera ready so she could show Noel’s dad, who was at work.

“I think he was just trying his luck, like he always does,” she said. “Obviously, after the video, with more questioning, he [did] come ’round to ‘Noel did it’ and did apologize.”

Have your kids ever come up with a “creative” excuse for their misdeeds? So share this!