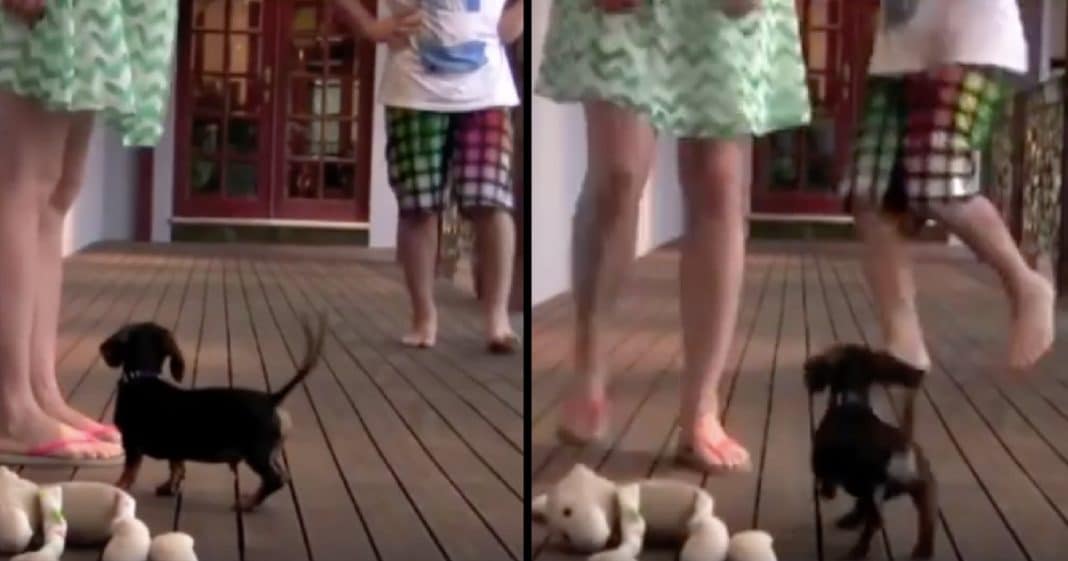 I don’t know what it is about tiny dogs, but for some reason they always seem to be the most ferocious of the pack!

Perhaps they think they are really much bigger than they actually are, or maybe they are just trying to compensate for their diminutive stature.

Whatever the reason, these tiny pets can be quite humorous when they are trying to show other dogs – or in this case humans – who’s boss!

Bruce was minding his own business, contentedly chewing on his toy, when a young man came up and began to attack his owner.

Now, it wasn’t a real attack – the two humans were just playing – but Bruce wasn’t taking any chances!

He immediately rushed at the boy, barking at him to back off. That worked for a bit, but the boy didn’t seem to take the hint and came back over. That’s when Bruce decided it was time to show him that he meant business!

What a good guard dog!

While it’s probably best not to reinforce aggressive tendencies in little dogs as it could lead to bigger problems later, we love how protective little Bruce is of his owner. He may be tiny, but his heart is giant!

Did you love this video as much as we did? So share this!