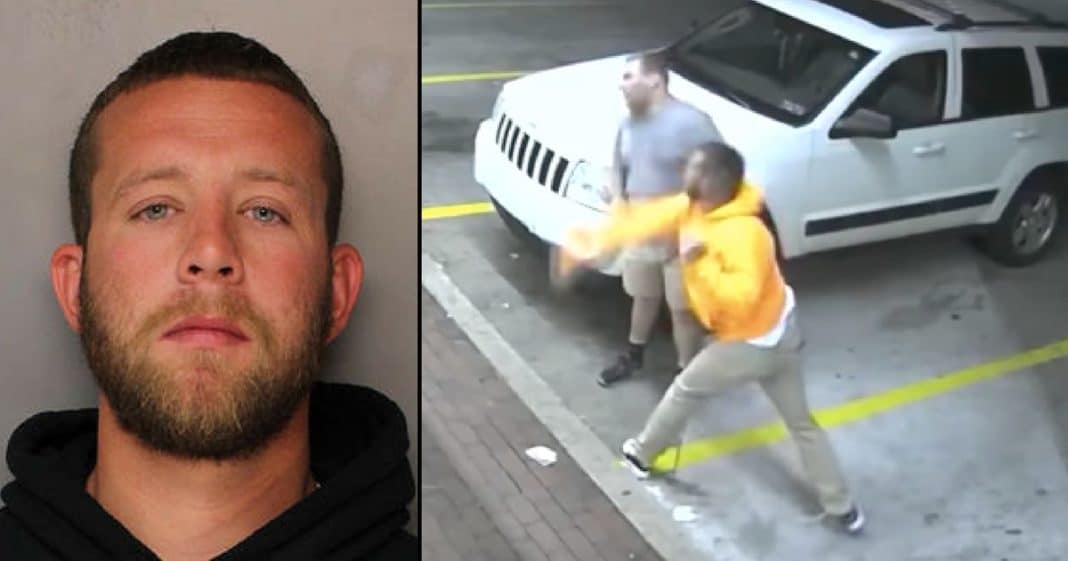 Authorities captured a man who they say disappeared after he was initially arrested for mocking and sucker punching a person with cerebral palsy outside a West Chester 7-Eleven store last month.

“We’re pleased that Mr. Baker is in custody,” said Chester County Sheriff Carolyn “Bunny” Welsh. “It was a great effort by multiple agencies.”

Police say the 29-year-old Baker, who previously lived in Coatesville but now lives in Georgetown, Delaware, was with his friends at a 7-Eleven store on 200 South High Street in West Chester back on May 10 around 2:30 a.m. At the same time a 22-year-old man with cerebral palsy drove into the parking lot of the store and parked his vehicle. As he got out and went into the 7-Eleven, Baker began making fun of him and mocking how he walked, investigators said. When the victim got back out of the store, Baker mocked him again and began to imitate how he moved, according to police.

As the victim stood in front of his vehicle, Baker sucker punched him in the face, according to police. He then fled around the corner of the store. Police say the entire ordeal was captured on surveillance video.

“The defendant’s actions in this case are appalling,” West Chester Police Chief Scott Bohn said. “You wonder what would make an individual treat somebody like that.”

Read about how the public helped police finally capture this thug and bring him to justice on NBC Philadelphia.