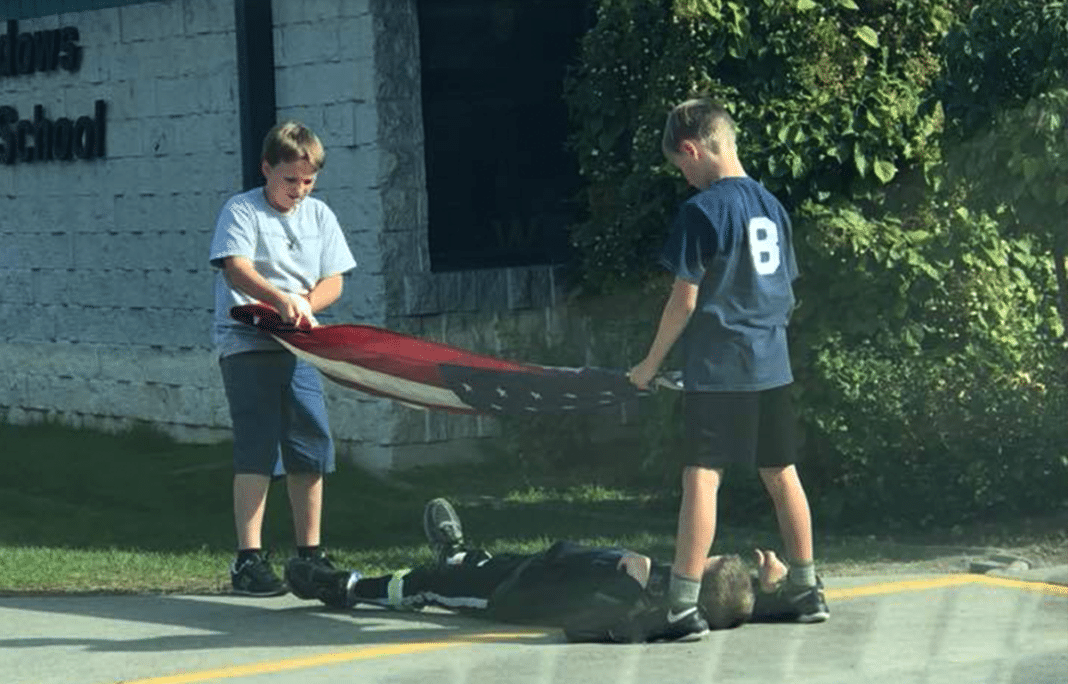 A mom arrived at Hayden Elementary School in Idaho to pick up her kids. Outside the school, she spotted three fifth-grade students taking down the American flag from the flagpole. The boys respectfully treated the flag with such reverence and care that one of them lay down to prevent it from touching the ground.

Overwhelmed with pride, she took a picture and shared it on social media, where it reached over 24K shares in a few days.

“Wow! I just watched the most amazing act of Patriotism! Was waiting to pick up my children from school when three boys took down the flag. They were having a hard time making sure it didn’t touch the ground when the third boy laid under it to honor not letting it touch the ground!”

Hayden Meadows Elementary School!!! This needs to go viral! Wow! I just watched the most amazing act of Patriotism!…

KREM2 CBS News interviewed the three boys about what they did and who inspired them. They had all been involved with the Cub Scouts but credited one staff member in particular for the way they treated Old Glory.

The boys agreed that they were inspired by the school custodian, Mac McCarty, who is an Air Force veteran with 20 years of service.

McCarty said he was proud of the boys for what they did: 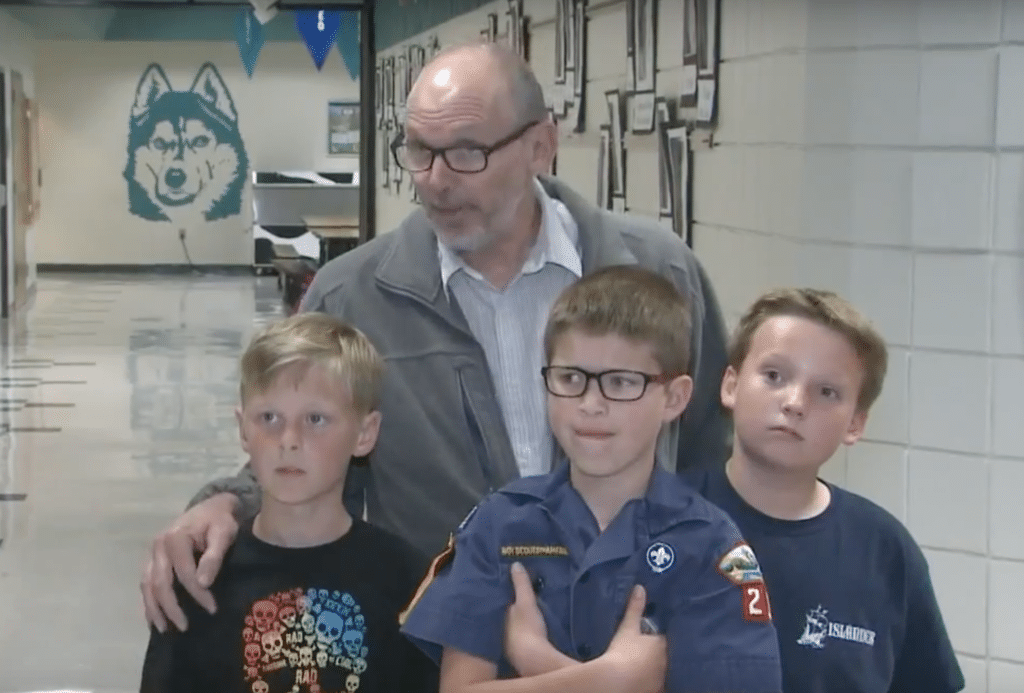 The boy who got on the ground said he did so because it was an especially windy day.

“Because we’ve had a bunch of close calls from dropping it only because of pulling it down,” said Jack LeBreck. “I thought it would happen because it was a kind of windy day so I just thought of laying down and seeing what would happen.”

One of the other boys said he felt lucky to be able to take care of the school’s flag.

“It’s really a great privilege, you know?” said Casey Dolan. “I feel really lucky I was chosen for it.”

The third student, Nalan Tuttle, whose father is in the military, humorously seemed to enjoy the attention:

“It felt like… I was gonna be like ‘hey mom, I should be an actor some day,’” joked Nalan Tuttle.

See the video from KREM2 CBS News below: