Thousands Of Mourners Show Up For Little Boy’s Funeral. Then 1 Looks Up, Knows He’s Watching 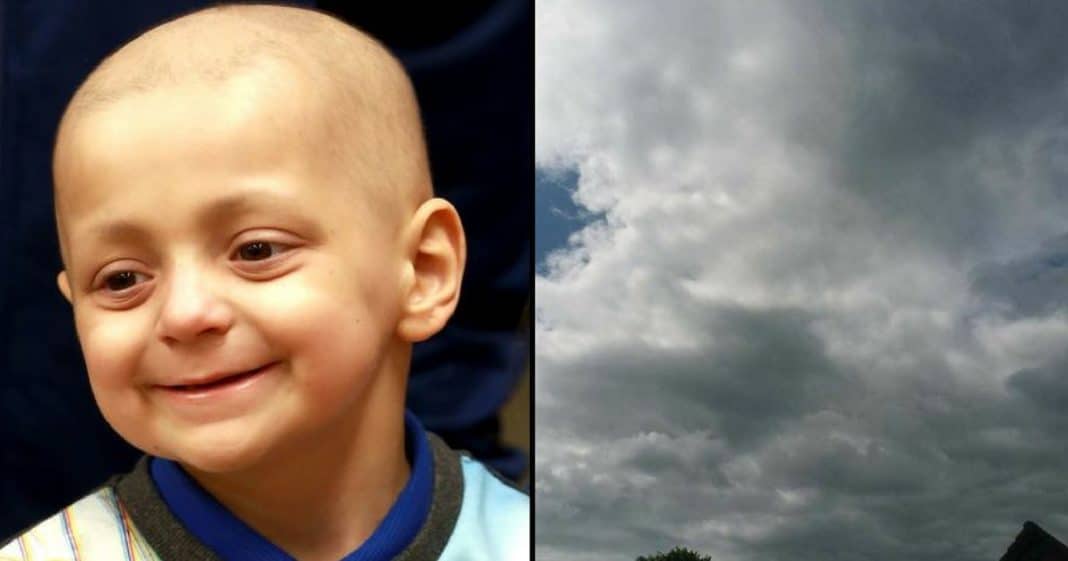 Six-year-old Bradley Lowery’s life was ended way too soon. He had been battling a form of cancer called neuroblastoma, but his fight was now over.

Bradley had touched countless lives as he waged his courageous war against cancer, and thousands lined the streets to pay their respects at his funeral, many dressed as superheroes in honor of their fallen friend.

During the service, one mourner looked up and saw something unusual in the clouds. The sky had opened up to form a blue heart.

Mark Shields, who captured the image, wrote, “I took this picture at Bradley’s funeral today, just a bit surreal that I looked up for a second and a blue heart formed over the church however the picture has revealed something else.”

If you look to the right of the image, you can see that the clouds form the shape of a face, one that greatly resembles Bradley.

That beautiful cloud formation has become a source of comfort to many, a symbol that little Bradley is safe in heaven and watching over them.

Like a perfectly choreographed presentation, it was fitting that Bradley’s mom, Gemma, read a poem at the funeral service that said in part, “For now my baby, we will say goodbye. We’ll meet again, our superhero, high up in the sky.”

What a beautiful send off this was for an incredibly brave and special little boy. He may not be with us here on earth, but he will be watching from above, and he will not be forgotten.

Were you as touched by this photo and story as we were? So share this!