I Thought These Identical ‘Cubs’ Were Pretty Cute, But Wait Till The Camera Pans Out… 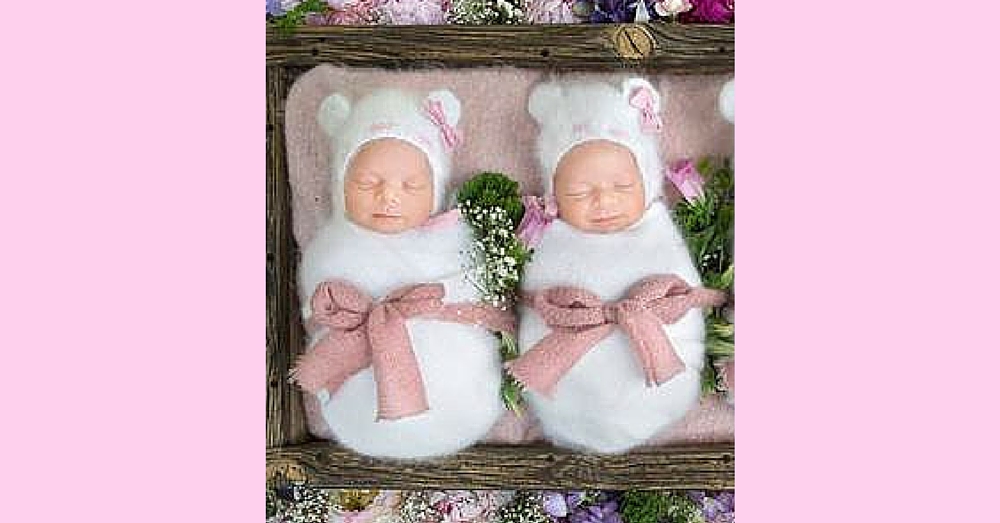 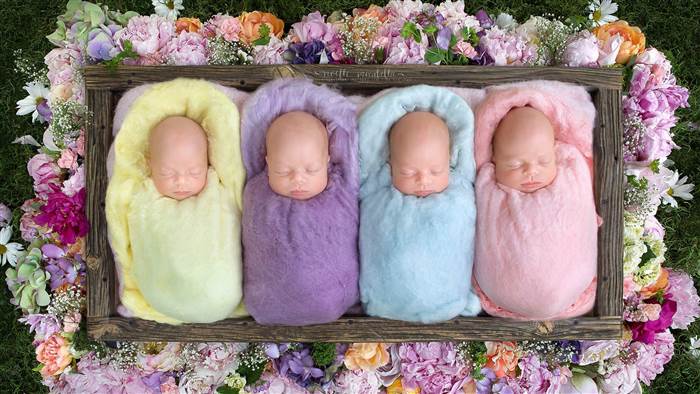 The Webb identical quadruplets, all girls, were born in May. Courtesy Noelle Mirabella Photography

The images were taken by Cassandra Jones of Noelle Mirabella Photography in Grande Prairie, Alberta.

“The girls were all amazing. There were absolutely no tears,” Jones told TODAY Parents. “In fact, they did not even raise an eyelid. They slept like little angels for the entire shoot.”

The family adores the photos, too.

“The pictures she took are absolutely beautiful and I love them so much,” mom Bethani Webb said. 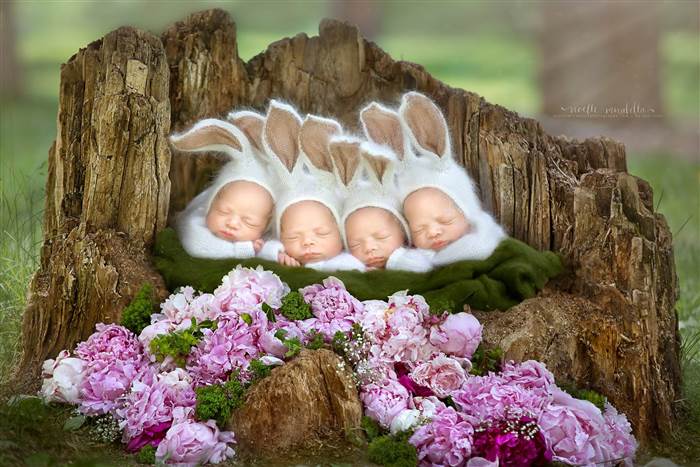 You may remember the identical quadruplets were conceived without the help of fertility drugs or any intervention from reproductive technology. Their parents, Bethani and Tim Webb of Hythe, Alberta, were shocked when a routine ultrasound revealed four babies in December.

They were born via C-section on May 6 when Bethani was 33 weeks along. All are healthy, growing, active and doing well. 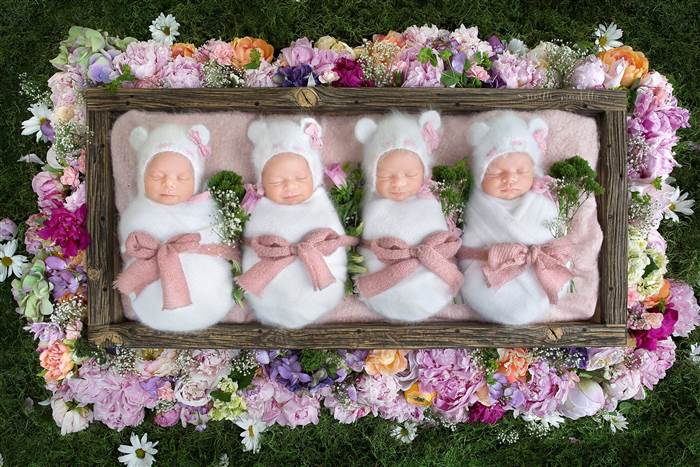 It’s the first time Jones has ever photographed quadruplets, so the project took much more planning and assistants than she was used to. Five extra people helped her set up the shoot: one person per baby and one person to help arrange the flowers and props. It took three large vehicles to haul all the items needed to the outdoor location in Grande Prairie. 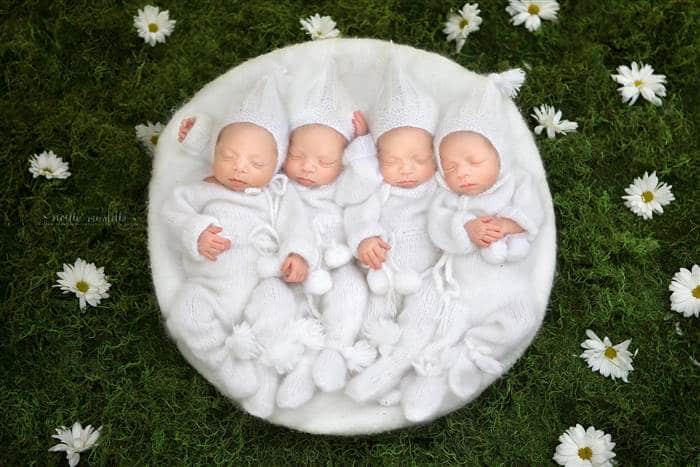 The girls’ knit hats and wraps were custom-made specifically for the shoot. Jones chose white outfits so that she could coordinate all of the different hats without having to change the babies and risk waking them up, she said.

“With the exception of the smallest of the girls, Abigail, my assistants and I were not able to tell them apart with their outfits on. Prior to dressing them, we kept checking their hospital bracelets to see who was who,” Jones said.