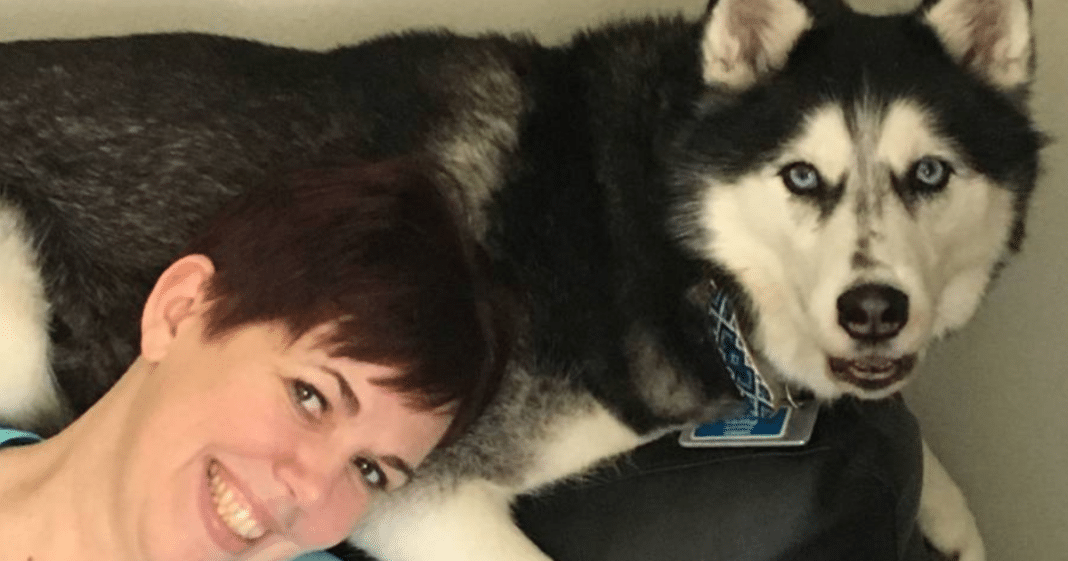 When Stephanie Herfel of Madison, Wisconsin first suspected something was wrong with her, she didn’t find out from a doctor. It was her beloved Siberian Husky, Sierra.

“I owe my life to that dog. She’s really been a godsend to me. She has never been wrong,” Stephanie told the Journal Sentinel. 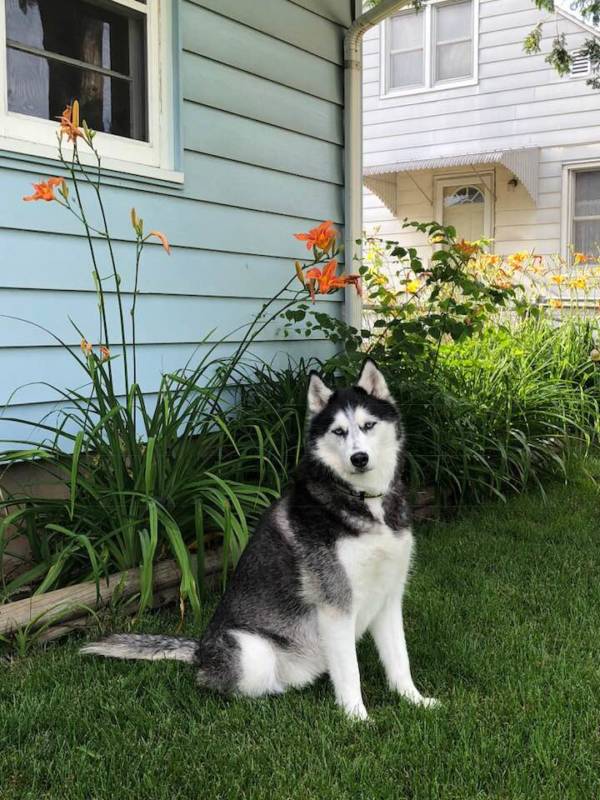 Sierra was only 11 months old when Stephanie received her in 2011. Sierra had originally belonged to Stephanie’s son, who had to leave for overseas duty with the Air Force. About a year after Sierra came to live with Stephanie, she put her nose to Stephanie’s lower abdomen and sniffed.

“She put her nose on my lower belly and sniffed so intently that I thought I spilled something on my clothes. She did it a second and then a third time. After the third time, Sierra went and hid. I mean hid!” she told me.

Oddly, Stephanie had been feeling some pain in that area, and when she finally went to the emergency room, a doctor told her she had an ovarian cyst and sent her home with pain medication. But that wasn’t what was causing Stephanie’s pain. And Sierra knew it. Stephanie said she curled up in a ball at the back of the closet.

“To see her become so afraid was spooky in its own right. So I made an appointment with a gynecologist and in a matter of weeks and some blood work with an ultrasound, on 11-11-13 I was sitting in the gynecology oncologist room in shock that I had cancer,” Stephanie said.

As it turns out, Stephanie had stage 3C, one of the most serious stages of ovarian cancer. She had to have a full hysterectomy and ended up losing her spleen. She began chemotherapy in April 2014.

Stephanie’s story wasn’t over, however. Cancer returned twice, once in 2015 and once in 2016. Stephanie’s first clue was that Sierra hid. Again. Both times. Stephanie trusted her and returned to her oncologist. This time, the cancer was in her liver and her pelvic area.

Here’s something fascinating. Sierra’s cancer-sniffing ability isn’t just limited to being empathetic towards her beloved owner. When a friend with cancer visited Stephanie, Sierra ran and hid. 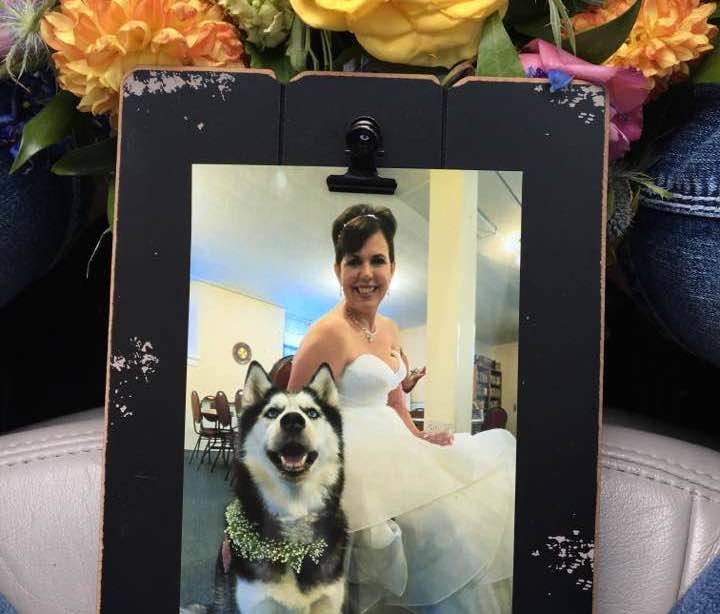 As of now, Stephanie is disease-free and Sierra is also fine. Stephanie spends a lot of time raising funds for ovarian cancer research and supporting women with ovarian cancer around the country.

“I just feel like my story can let people think about their animals and think, ‘Wow, my animal did this when I got diagnosed.’ Just to give the animals credit that they are pretty smart.”