She Thinks Dog Is Covered In Bug Bites, Then Realizes Those Are Bullet Holes… 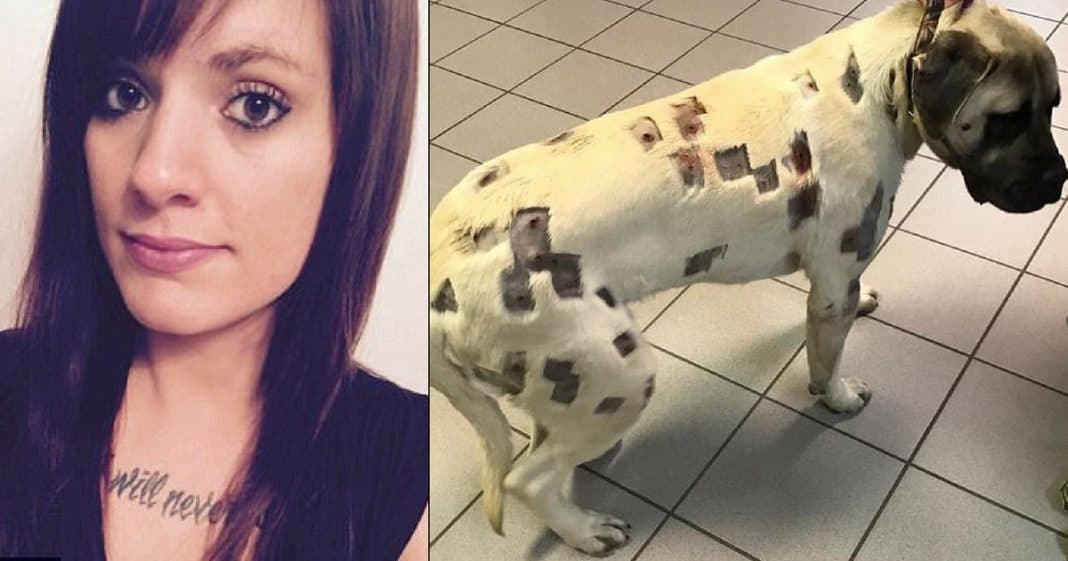 When Hayden Howard noticed some strange marks on her English Mastiff Jackson’s body, she thought they were bug bites. When she took a closer look, though, she was horrified by what she saw.

Instead of raised bumps, Hayden realized there were actually holes covering her beloved dog’s body.

“I was in shock, I didn’t even know what to think,” the Seymour, Indiana, woman said.

Hayden rushed Jackson to the vet where they shaved his hair back and discovered holes across his entire body. He had been shot by more than 60 pellets and BBs.

Vets removed 20 pellets and seven BBs, although another 20 pellets are still lodged in Jackson’s body and they believe 20 more hit him and bounced off.

Police checked the homes of Hayden’s neighbors and discovered a BB gun and pellets, along with drug paraphernalia, in the home of Tim Woodard.

Woodard was arrested for drug charges and police are waiting for laboratory tests to match the gun and pellets to Jackson’s injuries. If they are a match, police will bring an animal cruelty charge against Woodard as well.

Seymour Police Department Assistant Chief Craig Hayes said this was the worst case of animal cruelty he has ever seen.

“I have never seen an animal shot that many times,” he said. “It’s a very bad case and it’s sad to see.”

He said he believed Woodward was under the influence of drugs when he attacked Jackson.

Thankfully Jackson is now being taken care of and will hopefully make a full recovery soon. We wish him quick healing and many happy years ahead.

Do you think Woodard should go to jail for what he did to Jackson? So share this!