Thieves Steal Teen’s Car Days After She Buys It, Then She Gets A Mystery Call 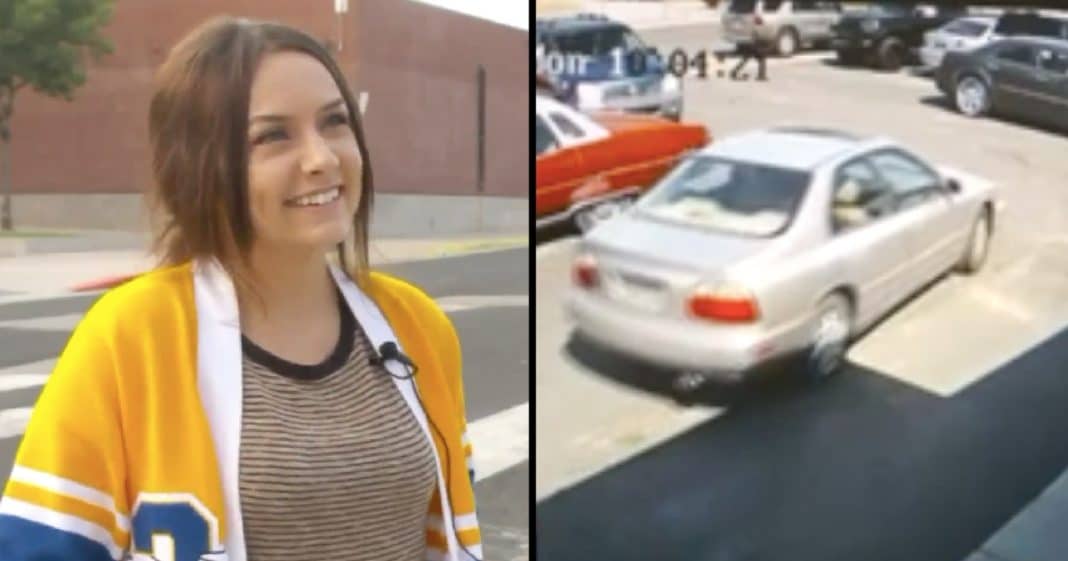 Jessica Nunn is an ambitious high school senior from Utah. Last summer, Nunn worked forty hour weeks at Duncan Donuts to save $700 so she could purchase a used car of her own.

When the time came to buy the vehicle, Nunn and her parents turned to David Pacheco, the owner of D&B Customs in South Salt Lake, for help.

“They came in and asked us to help them find a car because that’s how good they trust us,” Pacheco said of that initial meeting. “So, I was excited. We sat down Saturday and went through a couple of cars on the [classifieds].”

It didn’t take long for everyone to agree on a particular vehicle. “I said, ‘Hey, this is a good little car,’ and it started right up,’” Pacheco said of the silver 1996 Honda Accord Nunn ended up purchasing.

Thankfully for Jessica, the car cost $500. For just $200 more, Pacheco would put in a radio, give it a tune-up, and check the emissions.

Pacheco’s crew started work on Jessica’s car that following Monday. By midday, though, the team needed to move the vehicle to fit other cars on the property. Pacheco’s company uses an empty parking lot across the street from their shop. Cars are parked in this space for short periods of time until they can be worked on by the crew.

They moved the car over to the other lot, but then something happened that left the crew and Nunn stunned. Pacheco explained the heartbreaking events that happened immediately after they drove the used car to the empty lot:

“Parked it across the street, and no longer than we parked it, that thing was gone,” he said.

In a matter of minutes, someone had stolen Jessica’s new car!

Pacheco immediately called the police. Then he had the difficult job of breaking the news to Jessica. “It was sad, you should have seen the look on her face,” he said.

Jessica knew there was a good chance she would never see her car again, but a couple days later she got a call from an unknown number. When she answered it, she learned that the police had located her car! They had found it just five miles from the shop.

Pacheco is glad Jessica has her car back, but his annoyance and frustration over this theft won’t wear off anytime soon. “That’s what makes me mad,” he said, “that they had the audacity to take it.”

Many others in similar situations haven’t been as fortunate as Jessica. Thieves pick vehicles apart and sell off the parts for money.

Who knows why the thieves took Jessica’s car in the first place and then abandoned it, but we’re sure Jessica isn’t all that concerned with their reasoning – she’s just glad to have her car back in one piece.

And as for Pacheco, after this incident he’s learned a valuable lesson: he won’t ever park cars in that lot again. And he’s installing a car alarm for Jessica for free!

Were you happy to read the good outcome of this story? So share this!