These Kids Won The Internet By Going To Prom As Superheroes 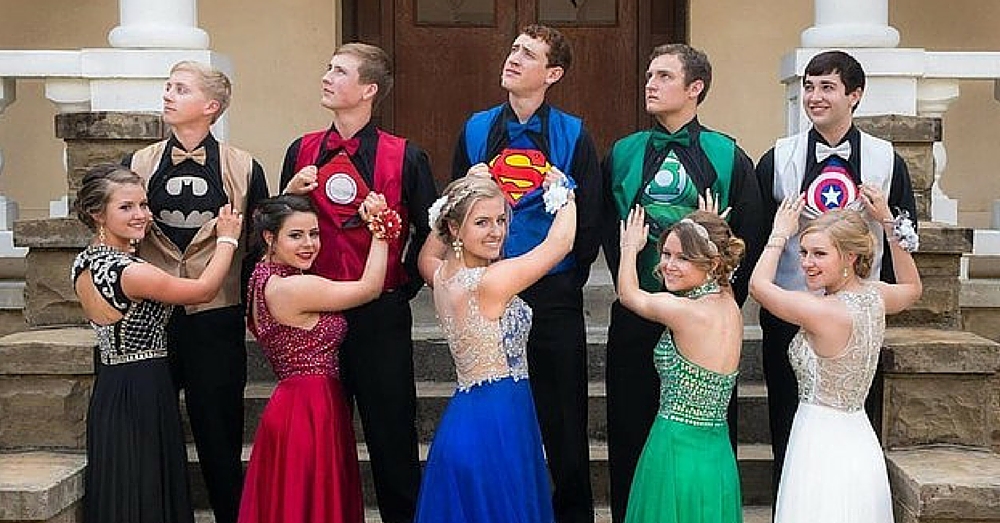 Everyone wants to make an impression at prom, because it’s prom. It’s a big deal. But no one made as big of an impression as a group of students at Subiaco Academy in Arkansas: The prom dates perfectly coordinated their outfits and the results were heroic.

All five guys in the group wore different superhero shirts underneath their suits and color-coordinated bowties, while their dates wore dresses that matched. But until the ladies “ripped” open the shirts of the guys (a classic superhero move, obvs), no one knew anything was up.

Photographer Johnny Bolinger from BN Focus Photography was on hand to snap the photos. He said the session started out pretty normal, but turned rather unique when the teens said they wanted to change things up.

“We just did the normal, prom-style photos, but at some point they said they wanted to do a superhero-type of photo,” Bollinger told BuzzFeed. 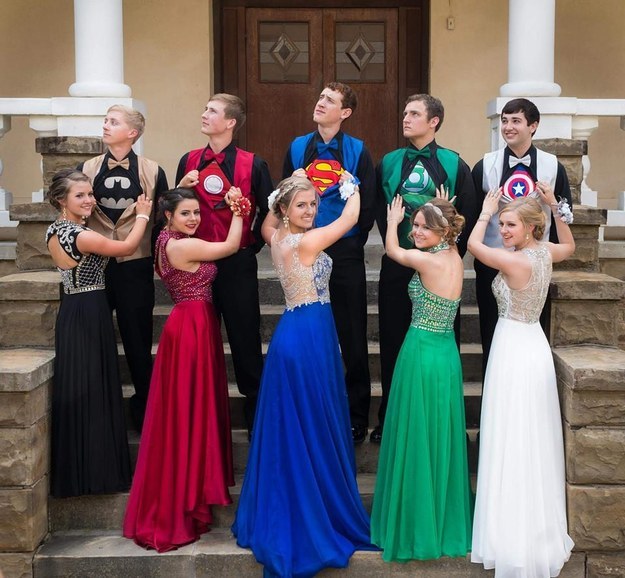 He was super impressed at how well-coordinated the dresses were to the superhero logos — and we are, too! Finding a prom dress that fits and you feel good in can be hard enough, let alone matching it to superhero colors.