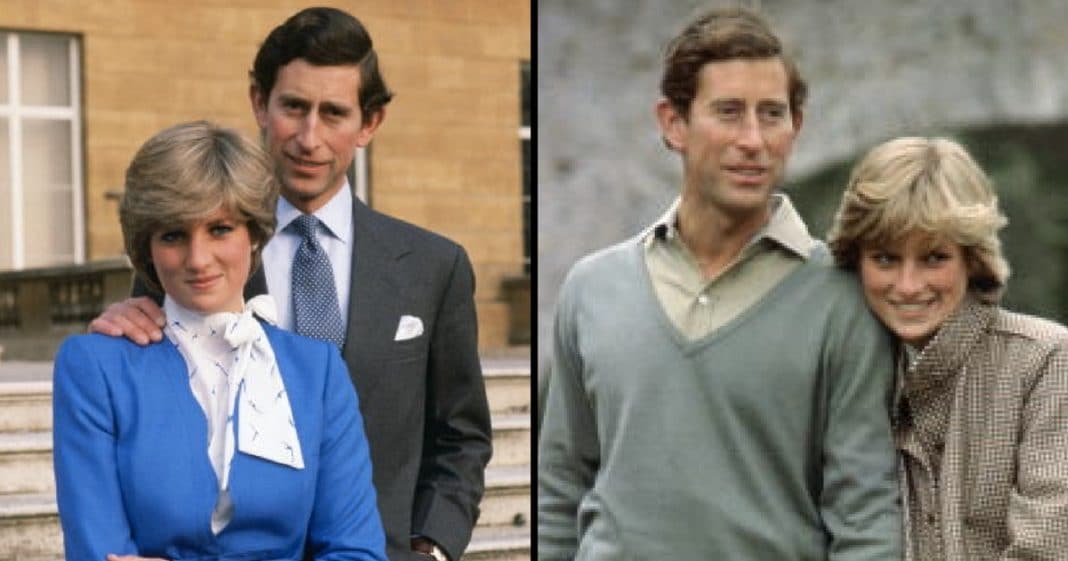 People have been noticing something very strange about these old portraits of Prince Charles and Princess Diana.

Have you noticed this one glaring thing in all of Sir Prince Charles and Princess Diana’s photos? – India Today https://t.co/pvhfpFg12x pic.twitter.com/c7cTj9rFxc

Do you see it?

In every portrait of Charles and Diana, Charles is taller than Diana.

Can you spot the big problem with this old stamp picture of Charles and Diana? https://t.co/24gjURkfXl pic.twitter.com/aSVTn9Spbq

In reality, Charles and Diana were the same height – 5’10” – which you can see in more candid photos of the couple.

If she was wearing heels, she was the one who was taller.

So why does Charles always look at least several inches taller than Diana in their posed pictures? Perhaps they (the palace, the photographers, or even Charles himself) thought Charles would look more manly – and more kingly – if he were taller than his wife.

The exact answer may never be known, but it seems the palace used some pretty sneaky tricks to make sure Diana always looked smaller and more demure next to Charles, like posing them on stairs or having Diana lean against something so she appeared shorter.

Whatever the reason, you won’t be able to not notice this strange little secret next time you see a picture of the royal couple!

Do you think it’s strange that Charles was always pictured as taller than Diana? So share this!