The Queen Pays Tribute To Her ‘Great Friend And Ally’ George H. W. Bush After His Death 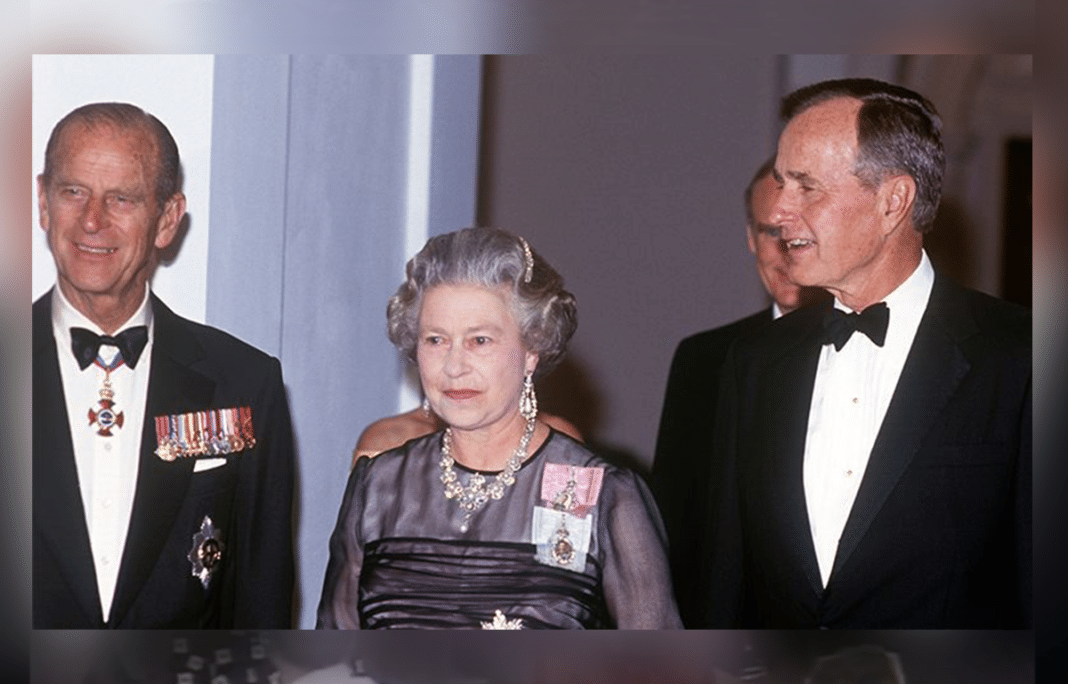 George Herbert Walker Bush passed away Friday evening at 94-years-old to join his wife and daughter Robin, who died in 1953 of leukemia. Now his apparent 13th cousin, Queen Elizabeth II, has offered a tribute to the late president who she Knighted in 1993.

In an official message from the Queen on December 1, Queen Elizabeth referred to H. W. Bush as a patriot and friend.

“It was with sadness that I learned of the death of President George H W Bush last night.

President Bush was a great friend and ally of the United Kingdom. He was also a patriot, serving his country with honour and distinction in Office and during the Second World War.

Prince Philip and I remember our days in Texas in 1991 with great fondness.
My thoughts and prayers are with President Bush’s family and the American people.

The now 92-year-old monarch once took in an Orioles baseball game with then-President Bush in May 1991 in Baltimore. Queen Elizabeth went out to the ballgame at Memorial Stadium.

By accounts in the Baltimore Sun, she was delighted as fans applauded her appearance before the game. President Bush, First Lady Barbara Bush, Queen Elizabeth, and Prince Philip all formed a receiving line in the Orioles dugout, shaking hands and greeting the players.

Afterward, the Queen was not expected to appear on the field but she and the others made their way out to wave at the thrilled crowd. 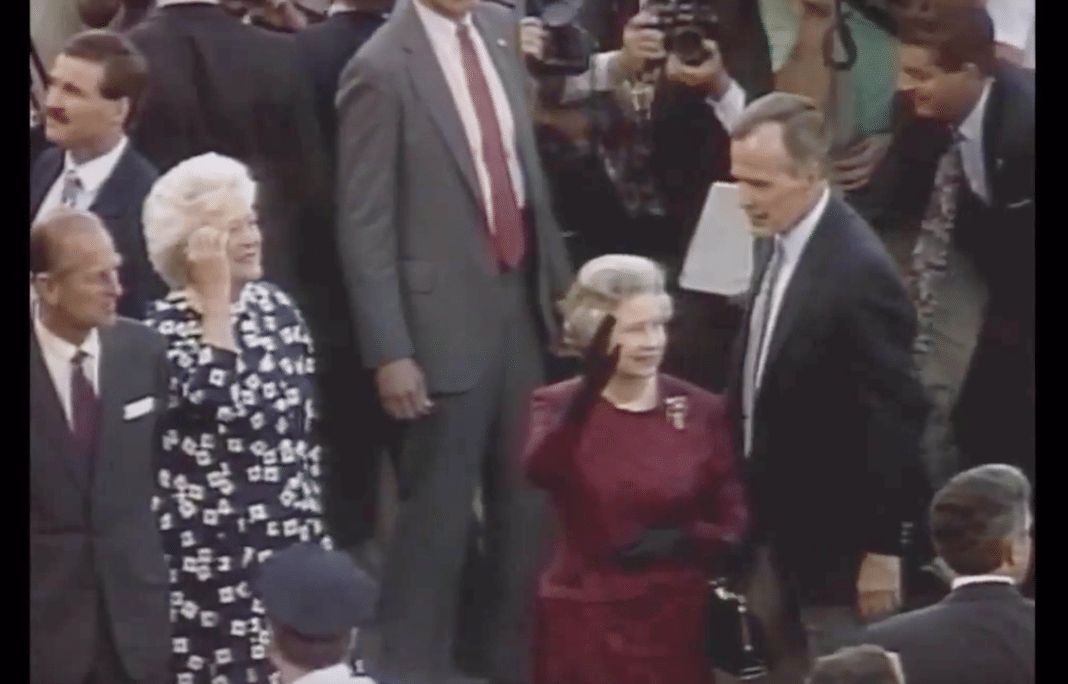 According to the sports reporters, the Queen told Bush, “she doesn’t know the first thing about baseball,” but understood it was similar to the British game of Cricket. On the other hand, Prince Philip claimed that he had learned the rules and played American baseball before he ever played Cricket, to which the Queen replied dubiously:

“Wherever and whenever did he learn that?”

See video of the game below:

The Washington Post noted that when the Queen arrived at the White House, she met the future president, George W. Bush, who was “under strict orders from his parents not to address the queen.”

Nevertheless, Her Majesty wanted to know if he minded telling her what was printed on a pair of boots Bush had worn just for the occasion.

The Queen thought that was funny and asked if the Bush son
was the black sheep in the family, to which he replied.

“All families have them,” observed the queen.

“Don’t answer that!” cut in Barbara Bush, appearing from out of nowhere.

The Queen did not answer as she walked away.

In December 1993, Queen Elizabeth knighted the senior Bush a Knight Grand Cross of the Most Honorable Order of the Bath, which is the highest honorary rank Britain can give a foreigner. As an American, he didn’t have to kneel at the private ceremony. Only English knights kneel and are entitled to call themselves “Sir.”

More recently in 2007, Queen Elizabeth hosted Presidents George W. and George H.W. Bush, and the First Ladies at the British Embassy in Washington D.C. for a State Banquet.

See the video from the State Banquet in the Queen’s honor below: