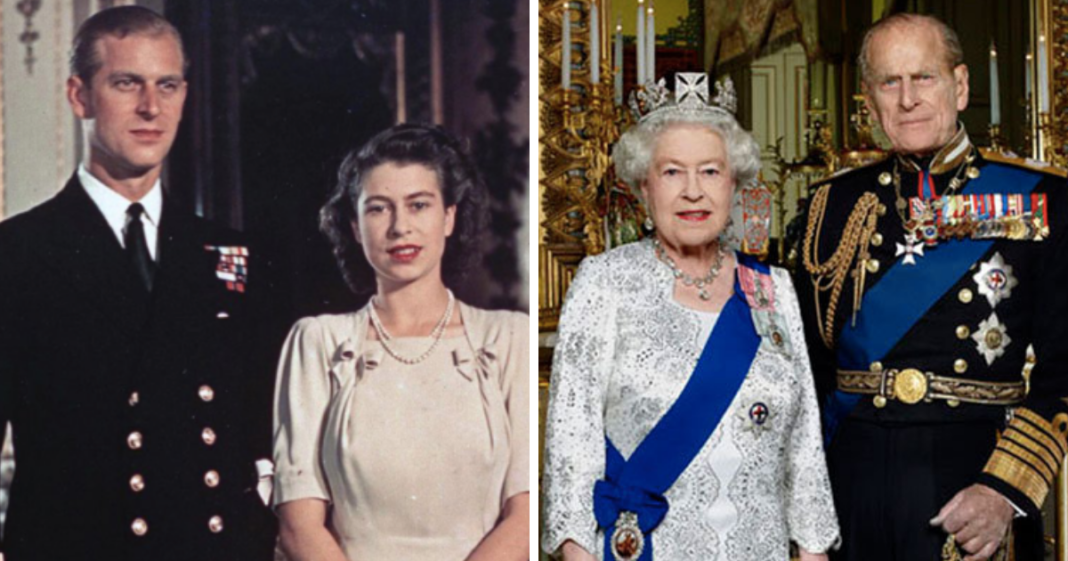 Princess Elizabeth met Philip when they were just teenagers in 1934 at the wedding of Princess Marina of Greece and Denmark and Prince George, the Duke of Kent.

#RoyalFlashback– Take a look at the Wedding of Queen Elizabeth II and Duke of Edinburgh at Westminster Abbey #OTD in 1947: https://t.co/0WIbXNg9vH pic.twitter.com/TwmBWUIDZZ

As momentous the occasion is today, the Queen continues to maintain an incredibly busy schedule at 92-years-old. Instead of spending the day with Prince Philip, she will be marking the 150th anniversary of the Royal Institution of Chartered Surveyors in Parliament Square. She stepped out solo in a bright pink double-breasted coat with a matching hat along with her signature black Launer London handbag.

She locked a time capsule that will be opened on the Institutions 200th anniversary and met “Women of the Future” award winners.

The Queen then locked a letter box shaped time capsule which will be reopened on the Institution’s 200th anniversary. pic.twitter.com/WB6wsdclJT

After Her Majesty carries out her duties for the day, she will celebrate with her husband. He is now 97-years-old and retired from public duties in May 2017. They have much to celebrate, after seeing two grandchildren get married this year, two great-grandchildren were born, and Meghan Markle is expecting another baby. The record-breaking Royal couple became great-grandparents for the sixth and seventh time and now they prepare to do so again.

Days ago, the Queen toasted her son, Prince Charles on his 70th birthday on November 14. It’s been an amazing year for the Queen and she continues to keep going strong.