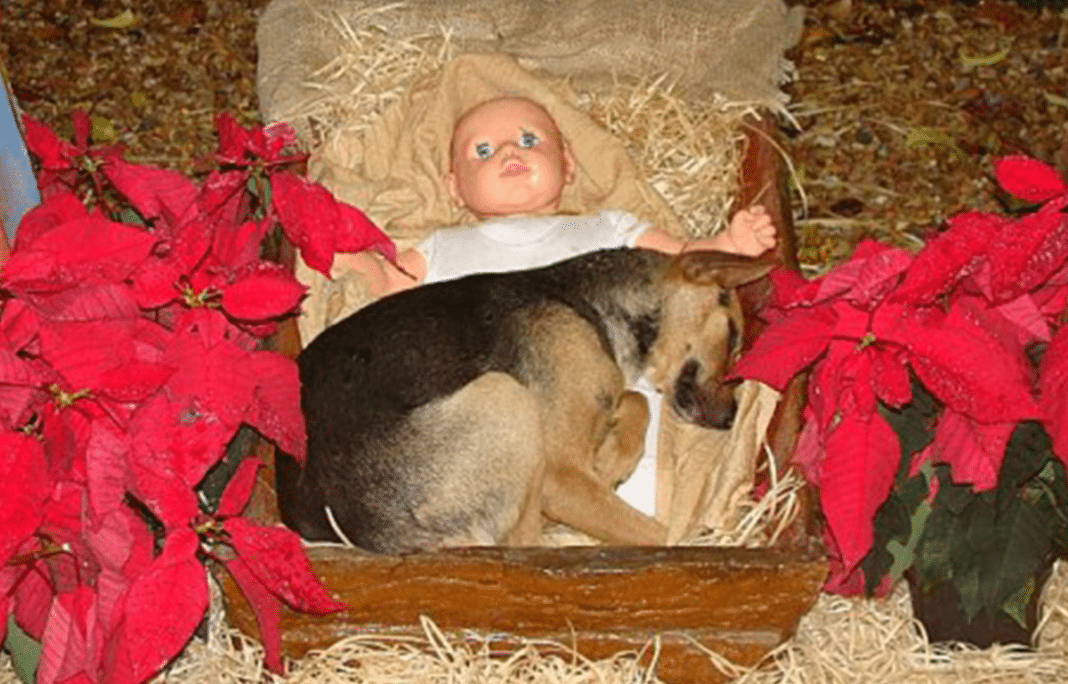 Every year around the holidays, a photograph of a Nativity Scene in Brazil reappears, shared by hundreds of thousands on Facebook. What makes this particular scene so interesting and touching is a little shepherd, but this shepherd isn’t what some might expect.

That’s because we’re not talking about the shepherd of a flock of sheep or of men, but a shepherd puppy that chose to peacefully sleep with the baby Jesus in the manger. 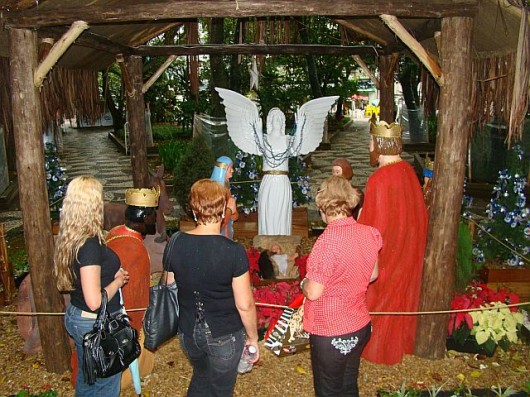 The little dog’s peaceful rest in the middle of the Nativity was captured by an onlooker who also happens to be a dog lover. A crowd formed in the town square of Criciúma, a town near the coast of Brazil. A man named Kiko Della Giustina snapped a picture and shared it. Then the story was picked up on Facebook in 2013 and went viral.

The story as shared by Hearts Moving Mountains went as follows:

“An abandoned dog was looking for a comfortable, protected place to sleep. He chose baby Jesus as his comfort. No one had the heart to send him away so he was there all night.

We should all have the good sense of this dog and curl up in Jesus’ lap from time to time. This is too sweet not to share.

No one mentioned that the dog breed is a “shepherd!” FYI: THIS POOCH WAS RESCUED BY A CHURCH MEMBER”

Today, the post continues to resurface each year and has reached over 325,000 shares.

A Nativity Scene was erected in a church yard. During the night, someone came across this. An abandoned dog was looking…

The story and the picture of the little shepherd have taken on a life of their own. Giustina says the photos were first taken in December 2008 and posted to Facebook later. The dog was a stray familiar to the shopkeepers along the city square.

According to Liftable, Giustina gave an account of what happened at the time he took the now famous photographs.

“’I had the great honor and happiness of having clicked the pictures of the scene this beautiful and abandoned dog in the manger,’ Giustina’s email began. ‘I’ll never forget, it was a cold, rainy day.’”

“Giustina confessed the sight brought tears to his eyes, but he knew he couldn’t adopt the dog. ‘Unfortunately, I just did not take him home because I live in an apartment and I already have two street adoptees,’ Giustina explained. But I learned later that it was adopted,” Giustina concluded.”

Today, the pictures and the story with a happy ending have become a Christmas tradition on social media. They are also a perfect reminder that there are countless animals looking for a loving home and shelter from the cold all around us today. While dogs and cats are a lifetime commitment, they also offer us the gift of unconditional love and joy all year long.