Veteran left with empty apartment after chemo treatments, drops to his knees when strangers show up 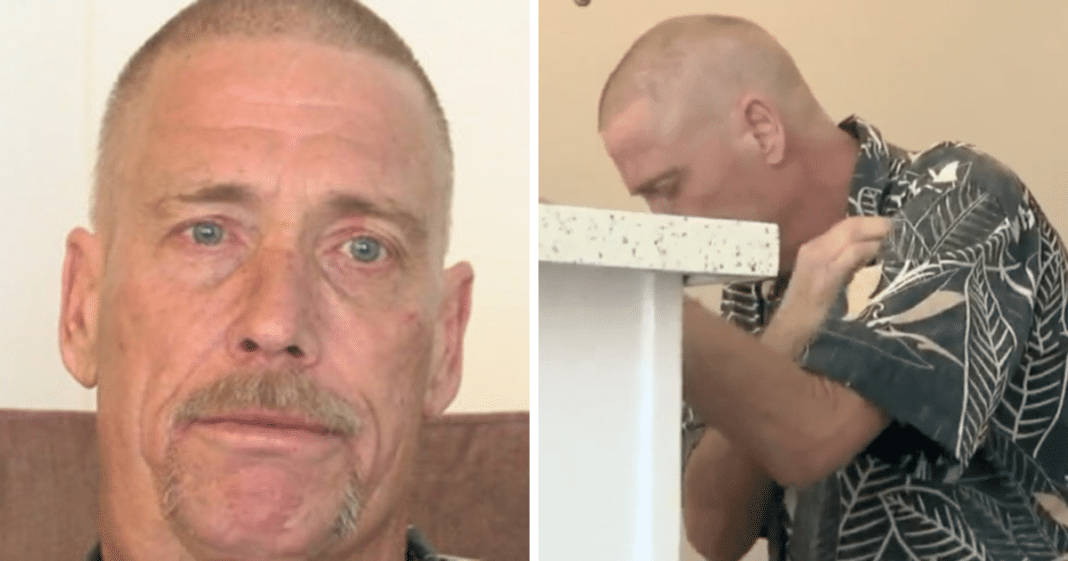 An Air Force veteran in El Cajon, California named Ron Hyde was brought to his knees by the generosity and outpouring of love from total strangers.

Ron was preparing for his final days after deciding to discontinue chemotherapy. He hoped to enjoy what time he had left in his “dream home,” but the modest apartment was almost empty, without much of anything to provide any comfort: An old mattress, a lamp, a small side table, a bar stool, and empty shelves.

“It is my dream home I’ve waited for. Now that I’m here, I’m only going to keep it for so long,” said Ron.

He’s facing down the final chapter in his life, which is scary for most people.

“Nobody wants to think they are scared of anything, but you know, in the end, we’re all scared, you know, what’s at the end?” said Ron.

He wanted to at least have somewhere comfortable to sit down, so he went to a Goodwill center to buy an old pink recliner for $25. The only problem with that: He had no car so there was no way to get the chair back to his apartment.

Hearing that Ron needed help, a woman named Laura posted on Facebook to see if anybody could provide a solution. Soon, help was on the way. Not only that, but others began asking if anyone could donate furniture for Ron.

What happened next was so overwhelming that Ron was left in tears on his knees praying. People he didn’t know brought him a whole truck full of furniture and other items, including DVDs to watch and a television.

“The compassion came by the truck-load,” said a reporter, Hannah Mullins. “It gripped Ron’s heart so much, he had to walk away.”

See the amazing story below from ABC affiliate, KGTV: