Texas Shelter Overcrowded After Harvey. What Southwest Pilot Does Next Will Melt Your Heart 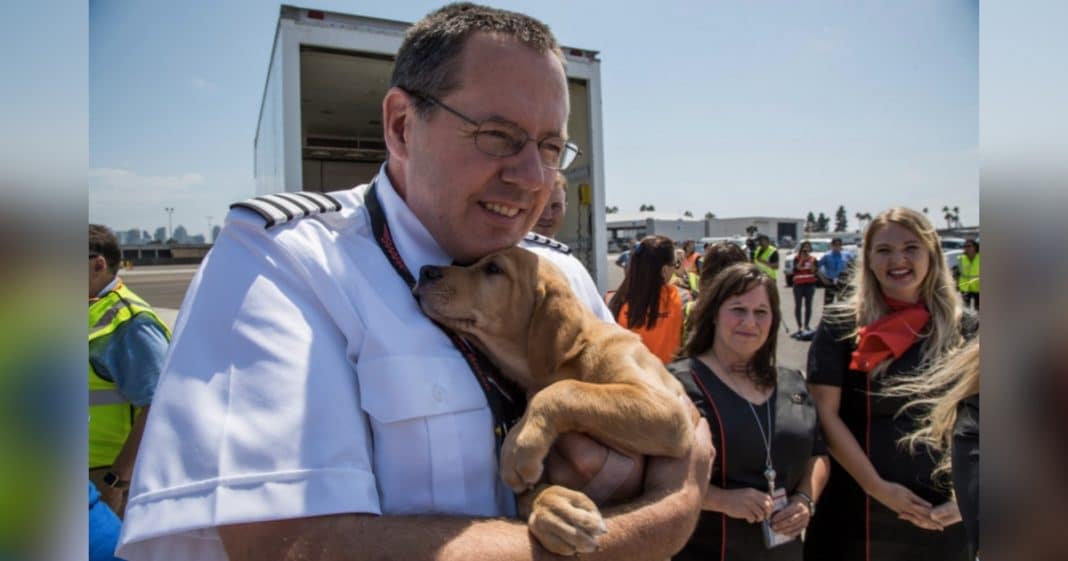 In the aftermath of Hurricane Harvey, many animals have been left homeless. Some got lost as the flood waters rose, others were strays, and still others are in need of shelter while their families are displaced from their homes.

The shelters in the area have become overcrowded and are trying to make room as even more animals are brought in. They didn’t want to have to euthanize the animals, but they weren’t sure what they were going to do.

Thankfully, Southwest Airlines has come to the rescue. On Wednesday, a cabin full of 64 cats and dogs flew from Texas to shelters in San Diego, California. This will free up more space for animals who have families but can’t be with them right now.

After #Harvey, many existing shelter animals in affected areas had to be moved to other cities to make room for pets of displaced families. pic.twitter.com/3EzQ5SjGPB

The people of @hwac stepped up to take in these pets that were relocated to different shelters, but they needed a ride to San Diego. pic.twitter.com/qpBjWanIN6

Southwest worked with Texas animal rescue group Operation Pets Alive! and San Diego shelter Helen Woodward Animal Center (HWAC) to perform this great feat. Four medical personnel from HWAC flew to Texas to help get all of the animals loaded up and then flew back to make sure everything went smoothly.

Needless to say, this was one furry rescue flight, with plenty of love to go around! pic.twitter.com/mtBuDBGDw1

Yesterday, we had the opportunity to fly 64 cats & dogs from Austin to @hwac in San Diego, to help them find a forever home. pic.twitter.com/NSmYoWExxD

“These are the silent victims,” said Mike Arms, President of Helen Woodward Animal Center. “There are shelters that have been devastated by Hurricane Harvey, without electricity, without supplies.”

“Operation Pets Alive! has taken in an overwhelming number of orphan dogs and cats who had inhabited those shelters before the storm and were suddenly facing euthanasia simply because they had no place to go,” he added. “We are honored to help save those lives and we are lucky to have incredible friends like Southwest to help make this all possible.”

People curated a great list of organizations that are helping animals in the aftermath of Hurricane Harvey. If you are looking for a way to help, check out their list below:

Are you happy to see Southwest stepping in to help these stranded animals? So share this!