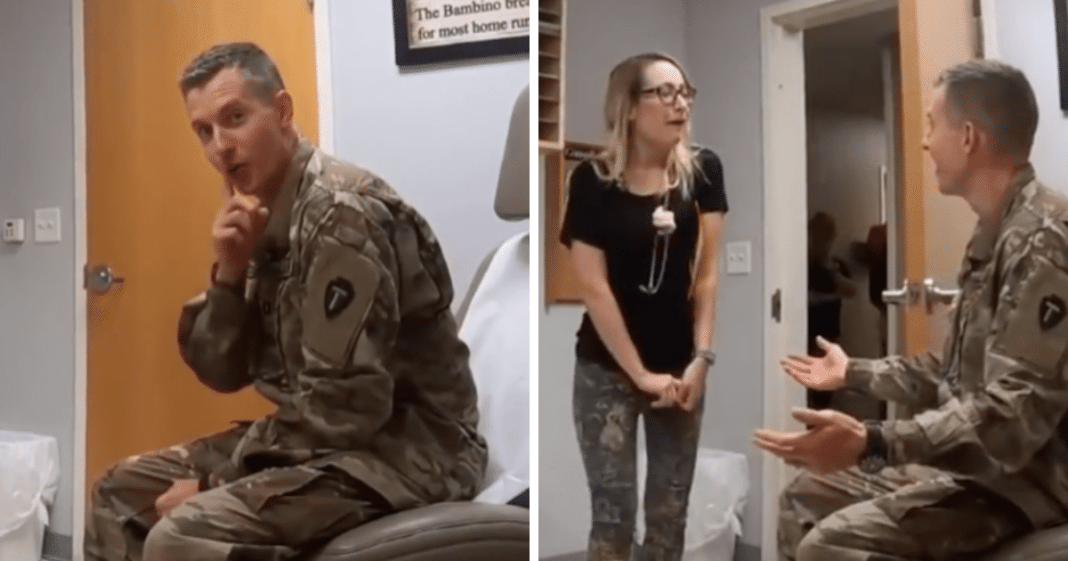 There are few reunions happier than seeing a loved one returning from active duty in the military. It’s even better when that reunion comes sooner than expected as a surprise. That’s what happened when Dr. Joshua Splinter came home from serving in the Texas Army National Guard recently. His wife, a fellow doctor in Athens, Texas, was expecting to see a child patient, but instead, she found the man she had been missing for months.

Dr. Alice Splinter recently became a pediatrician. While her husband, who is a family physician, went to the Port of Africa for five months, she moved to a new town to finish up her residency and take a new job with Lakeland Medical Associates. Her husband knew how hard it was for her to do it all on her own while he, fortunately, had it relatively easy by comparison.

“While I was there deployed … she was really just holding everything together while I was just out, you know, having fun,” said Joshua. 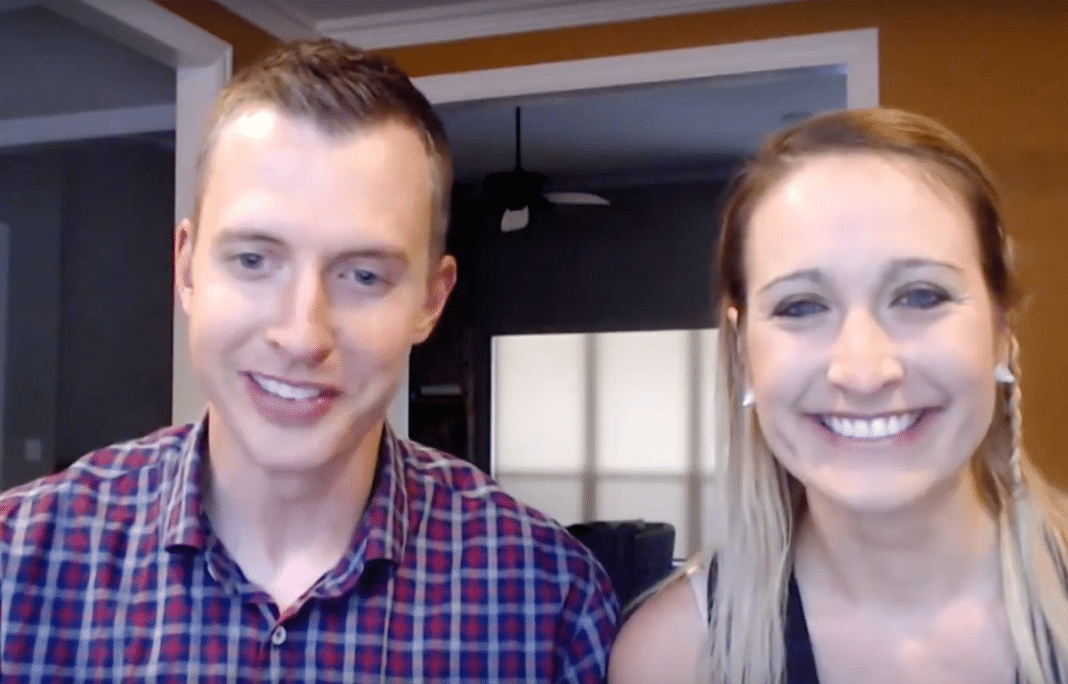 Then Joshua found out that he was coming home much earlier than expected. He wanted to find a way to surprise his wife and hatched a plan with a friend who worked with his wife. In order not to ruin the surprise, he had to tell a fib, pretending he was still in a different time zone when he was actually much closer than Dr. Alice realized.

“I’m talking to her on the phone and I’m having to say, ‘Alright, I have to go to bed,’ but really it’s the same time. Otherwise, this is all gonna give it away,” Joshua admitted. 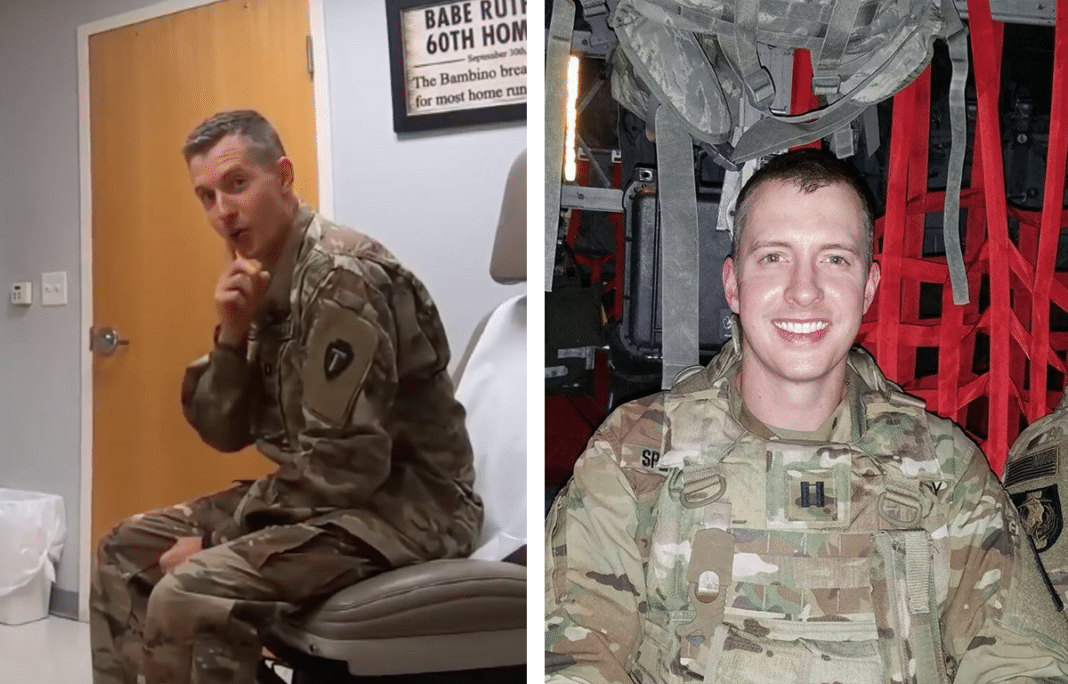 With the help of Dr. Swartwood, Joshua slipped into the doctor’s office and waited inside one of the rooms. His wife fully expected to see another patient, and instead got a huge surprise. You can see the exact moment she realizes it’s him, but that’s only after she reflexively says, “Hi.” Then comes a heartwarming reaction.

“It took a second for me to take it in,” Alice said. “I honestly almost passed out.

“My knees got a little weak, but I was so happy to see him I just tried to hug him and stand there and take in the moment.” 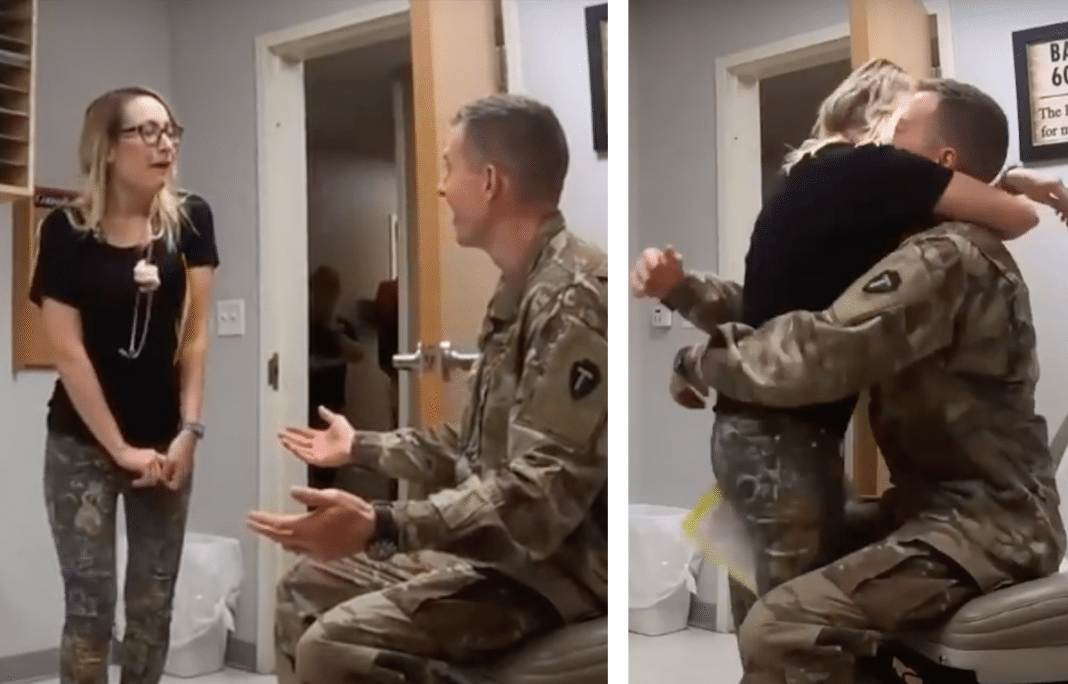 Now it looks like the couple will be able to spend plenty of time together. Joshua is going to work with his wife and isn’t planning on deploying again in the near future.

“This was the greatest surprise, I’m happy to have him home,” Alice said. “I missed him quite a bit.”

See the behind the scenes posted by Lakeland Medical Associates below:

What happens when a consult turns out to be your husband home early from deployment!? Welcome back Dr. Joshua Splinter! What a great surprise for his wife, pediatrician Dr. Alice Splinter. Big thanks to Dr. Swartwood for helping coordinate the surprise. Dr. Splinter will begin his practice with the Lakeland team in November of 2018.