She Tells Him It’s Time To Leave Dog Park, But She Wasn’t Expecting Him To React Like This… 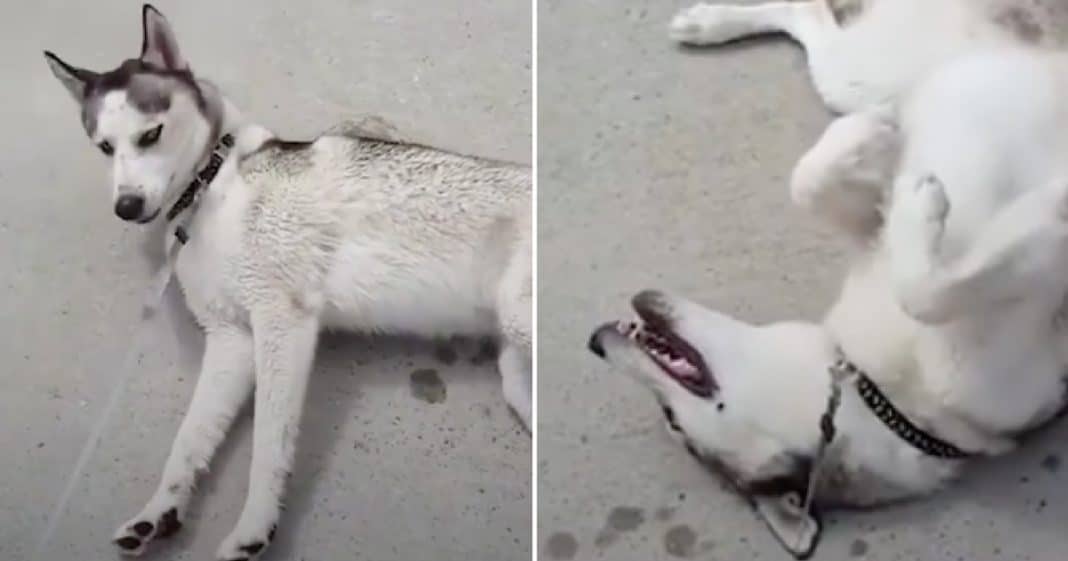 We love our pets. They give us constant love, devotion, and companionship, along with endless sources of amusement.

Anyone who has ever had a dog knows they are never ready to stop playing. Even if you’ve been throwing the ball for them for hours, as soon as it’s time to go home they will give you those baleful eyes that are hard to resist and make you feel guilty for making them go home.

Siberian Husky Dakota, though, takes that to the next level.

He had been at the dog park with his owners when they finally told him it was time to go home. But Dakota wasn’t quite ready…

Dakota threw himself on the ground and started whining in a full-blown tantrum. Any time they tried to get him to move he would whine, and when they tried to pick him up he began to twist and turn so they couldn’t get a good hold on him.

We have a feeling this isn’t the first time Dakota has done something like this. Thankfully his owners have a good sense of humor about it!

Did you find Dakota’s little tantrum as funny as we did? So share this!