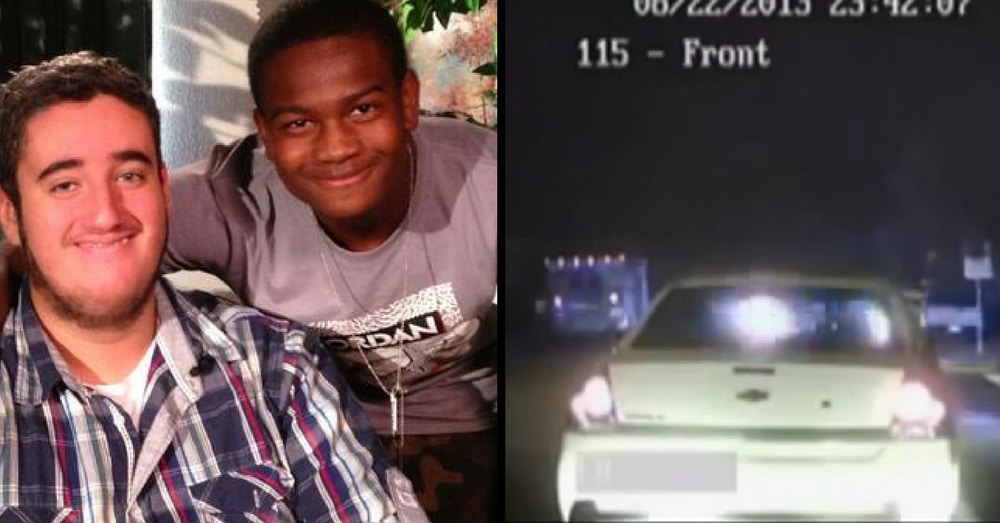 Friends Aaron Arias, 19 and Jamal Harris, 17, were driving around together when they noticed a pretty young woman sitting in the backseat of a car next to them.

Being young, hormonal teenagers, the boys tried to make eye contact with her. It was then that they noticed something that gave them chills.

When the young woman saw them, she started mouthing something that the boys swore looked like “help me.”

They immediately sensed that something was wrong, so they called the police as they followed the other car.

“Yes, I’m on the highway. I’m witnessing a robbery. Not a robbery, a kidnapping,” Aaron told the dispatcher. “It’s me and another guy. So we’re checking out the girl in the backseat because we’re like, ‘OK, she’s kind of attractive’, and then all of a sudden the guy is turned back, looking at us.”

Thankfully, police were able to track the car down and rescue the woman. When the boys heard her terrifying story they were so glad they had trusted their guts and called the police.

It turned out the 25-year-old woman had been kidnapped at gunpoint by 37-year-old Charles Atkins Lewis and forced into his car. Thanks to Aaron and Jamal’s quick thinking, the woman was saved and Lewis was arrested and charged with aggravated kidnapping and aggravated robbery.

After the rescue, Aaron and Jamal met with the woman they had helped rescue so she could thank them.

“I would describe it as the best hug I have ever gotten,” Aaron said.

Were you glad to see these boys trust their instincts and save this woman? So share this!