Teens Approach Homeless Man Sleeping On Bench. What They Do Next Leaves Guard In Awe 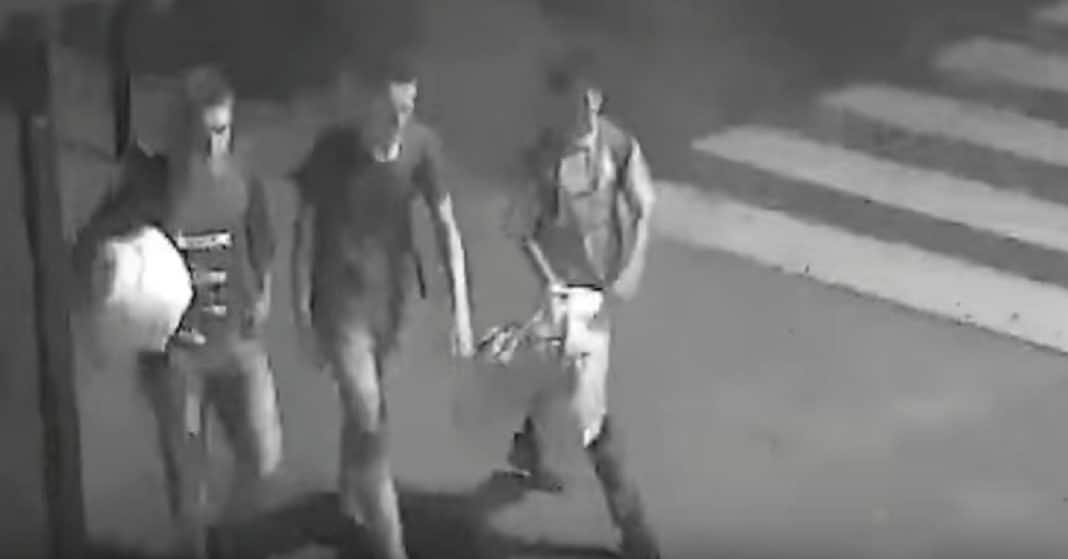 Technology and social media platforms have changed the hearts with which people do good deeds. These days, lots of people do it more for the fame than simply because it’s the right thing to do.

Well, three teenagers from Nysa, Poland, have proved that good people do exist – not just in action, but in heart as well.

A CCTV camera caught Szymon, Wojtek, and Marcin approaching a park bench late in the night. At first, it was unclear what they were doing and what they were carrying. Soon enough, though, it all became clear.

The surveillance video shows a homeless man lying on the bench and two of the three teens covering him with blankets, then tucking him in. They hugged him, then walked away as he continued to sleep.

It turns out that earlier in the night, the young men saw the homeless man and asked him what he needed. He didn’t ask for money; instead, he said he wanted nothing more than to have a blanket to keep him warm at night.

Had this kind act not been caught on the surveillance footage, we would have never known about the teens’ generosity. They didn’t record themselves doing it, they didn’t post about it on their Facebook or Twitter pages, and they didn’t gather a huge crowd around them as witnesses of their compassion. The three boys just saw a need, did what they could to meet it, and went on with their lives.

Their local news station, TVN24, noted that the teens did not want any recognition for their endeavor, stating that they truly did not do it for attention, but to aide someone who was struggling.

I am so happy to see that these teens were caught on camera genuinely catering to the hardships of someone in their community. Even the Mayor of Nysa, Kordian Kolbiarz, publicly esteemed them, saying, “The world needs such gestures.”

We agree, Mayor Kolbiarz. It really does!

Thank you for your selfless hearts, Szymon, Wojtek, and Marcin. We are all inspired by them.

Were you touched by what these teens did for this homeless man? So share this!