Depressed Teen Plans To Kill Himself While Doing Chores, Then He Hears Voice That Changes Everything 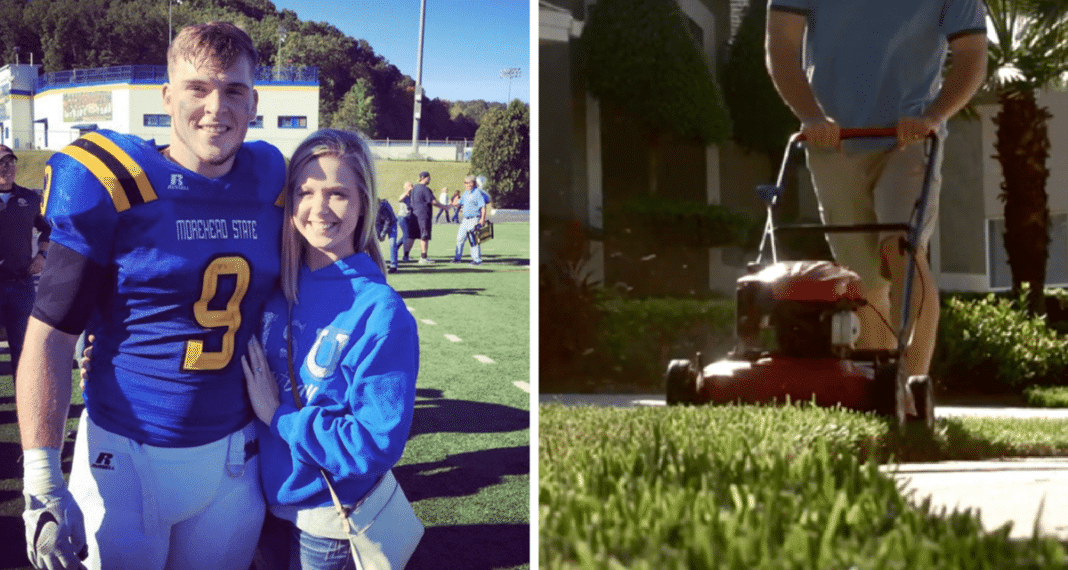 A teenager suffering from constant suicidal thoughts, Luke Keller was ready to end it all. He was just a junior in high school, an athletic and bright football player who one might not suspect would be struggling, but inside, the depression was just too much.

Diagnosed with anxiety, depression, and separation anxiety disorder after his father left the family, Luke thought about killing himself constantly, even when he was playing football. He went to counseling, but the thoughts about suicide continued to plague him.

“One day, I remember walking through the halls of my school and thinking to myself, ‘Alright, this is the day I’m going to kill myself. I’m going to take my life,” said Luke.

Luke went home, where he found a list of chores on the refrigerator that his mother had placed there. One the chores she requested was that Luke mow the grass. Luke put on his headphones and started his chore, all the while contemplating how he would commit suicide.

He was at the end of his rope, but something changed as he went about the mundane task. He wasn’t religious at all, but in this moment he decided to question that.

“I just know I didn’t want to deal with what I was at the time,” said Luke. “I wasn’t a believer in God at all, and all of a sudden, I said, ‘God, if you’re real, if you’re what people say you are, let me know something.”

Luke says in the middle of his chore, he felt something telling him, “I want you to follow me.” He was overwhelmed, not quite believing what he thought he heard, and asked if God would tell him again.

Astonishingly, Luke says from that day on, he never contemplated suicide or had separation anxiety again. He felt like God had told him to continue playing football for him, and to “give Him the Glory for it.”

“I didn’t know where I was going to go at the time. I just knew that God wanted me to play football, so I did,” said Luke.

“And that what it means to me, the fact that God gave me life again, and being on the field kind of represents that for me.”

Renewed and free from the troubling dark thoughts, Luke decided to bend his knee and give Glory to God when he made touchdowns on the football field. The display didn’t please the referees of the game. They said he’d be taken out of the game if he kept doing it.

“I was completely devastated,” said Luke. “What I play for is to glorify God. I decided I was just going to do it and if I got thrown out, then I got thrown out. I wouldn’t even be here right now if it wasn’t for God saving me.”

During half-time, his sister tried to give him encouragement, slipping him a note that said, “Be patient and let God work.”

On his next touchdown, he resisted kneeling on the field, but to his amazement, he looked up into the stadium and witnessed thousands of people pointing to the sky for him.

Luke went on to be recruited for Morehead State University in Kentucky, but he suffered injuries he feared would end his football career. He required multiple surgeries for a severe ankle injury.

Then he broke his wrist, and surgery for that ended up being life-threatening. He contracted a MRSA infection, and doctors expected it to keep him off the field permanently.

Just when he came to a realization that he would never play again, he got a call from the doctor.

“When I answered he simply said God had blessed me, my blood work was perfect,” said Luke on Facebook.

“In a matter of 10 seconds I went from never playing football again to suit up, your playing next week. So that’s what I did,” said Luke.

Flash forward to today, and Luke continues to tell others about his remarkable story.

“I think that’s the biggest advice I can give, is for people to turn to God. He is all-powerful. He can do anything,” says Luke.

Luke’s life turned around in a flash. Afer all, he was just mowing the grass.

While each person’s experience and journey is unique, know that things can get better in a flash, and that thousands of people care. 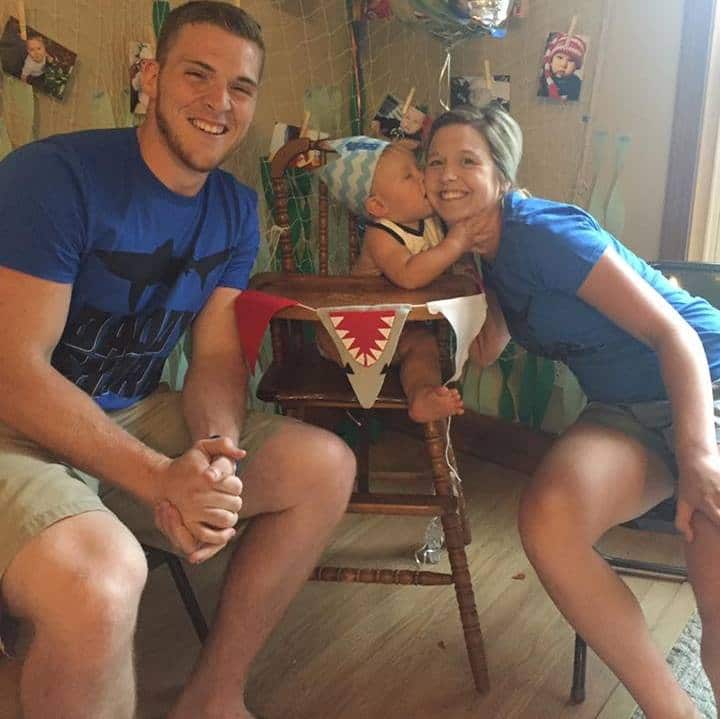 See Luke explain how faith helped save his life in the videos below: