Teen Walks Into Hospital With Shoe Box. When Nurse Looks Inside Her Heart Drops 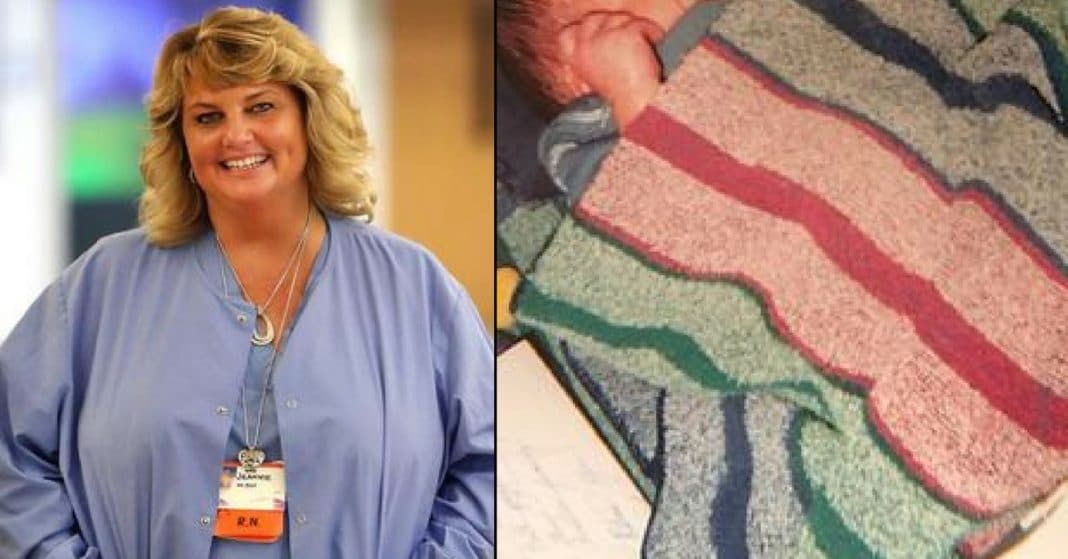 Many of us underestimate the power of our interactions with the people we come across in our workplace. We sometimes take for granted the opportunities to be compassionate toward others and we don’t always aim to brighten up someone’s day.

Certain jobs, though, require its workers to have a bit more engagement and compassion than others.

Jeannie Joseph, a neonatal nurse at SwedishAmerican in Illinois, got to witness the blossomed fruit of some loving seeds she planted into a young girl over a decade ago.

Back in 2004, already well into her profession, Jeannie was working her usual shift when a frantic young boy in a hooded sweatshirt came into the hospital carrying a shoe box. The medical staff could sense the urgency on his face and in his posture and tended to him at once.

When they looked inside the box, they couldn’t believe their eyes. Wrapped in a dishtowel and dressed in a onesie from a doll was a six-week-old premature baby boy.

Immediately, a few nurses took the baby into isolation as others stayed behind to get as much information as possible from the young man who was, in fact, the baby’s father.

“We were sad, of course, but we had to work very fast with this baby,” Jeannie said.

Dr. Martin Anyebuno, who attended the infant the day he was brought in, was shocked that the baby arrived breathing on his own as he was gravely ill with a body temperature of 94.7 degrees Fahrenheit. The baby boy had to be treated for hypothermia, dehydration, and an infection which had been caused by his mother cutting the umbilical cord with a pair of house scissors.

Under the Safe Haven law, unharmed newborn babies can be “abandoned” at any location permitted by the law with no penalty for the parents. Jeannie told the young man that if he chose to relinquish his rights at that moment, he would no longer be able to get updates on the baby’s health. She gave him two parental bracelets so he and/or the mother could come visit any time while they made up their minds.

Jeannie saw the baby’s mother, Cherish Coates, walking to the nursery one day and could tell she was distraught. Her heart ached for the young girl. She led her to the incubator and said, “You know that you saved his life, right? I don’t want you to hang your head. You gave him the best chance you could.”

The infant stayed at the hospital for about a month as he fought meningitis and jaundice. Because of Jeannie’s compassionate words the first day, both the mother and father visited the hospital daily, bringing chilled bottles of breast milk every time.

Cherish was 15 years old when she gave birth. She had been hiding her pregnancy from her mother and grandparents, afraid they would be disappointed in her. Cherish’s mother had gotten pregnant at 15 and had to drop out of school because of it, and she knew that her family would not want the same situation to play out in her own life.

Being the nurturing and sympathetic person that she is, Jeannie encouraged Cherish to tell her family and walked through it with her. As soon as the mother and grandmother arrived at the hospital, all they wanted to do was hold the baby. They told Cherish they wished she had not kept the pregnancy a secret.

Today, that 15-year-old mom is now a high school and college graduate who is currently in law school with dreams of becoming a mental health attorney. Not only that, her prematurely-born son is now a 12-year-old soccer player, cross-country runner, and member of the Navy Sea Cadet Program.

One year after he was born, Cherish went back to thank Jeannie and the other nurses for all of their help.

Now, 12 years and three kids later, she can’t hold back her continuous gratitude.

“It just makes me think, ‘Wow,’ every interaction you have with anybody is so important. To be able to be in this position where I’m a part of someone’s story – that’s such an honor,” Jeannie said.

It is amazing to see what investing your heart into your job can lead to. I am beyond inspired, and super joyous to see how far this family has come!

Were you as touched and inspired by Jeannie’s compassion as we were? So share this!