Teen Walking In Park When Rapist Grabs Her. What Her Puppy Does Next…Holy Moly! 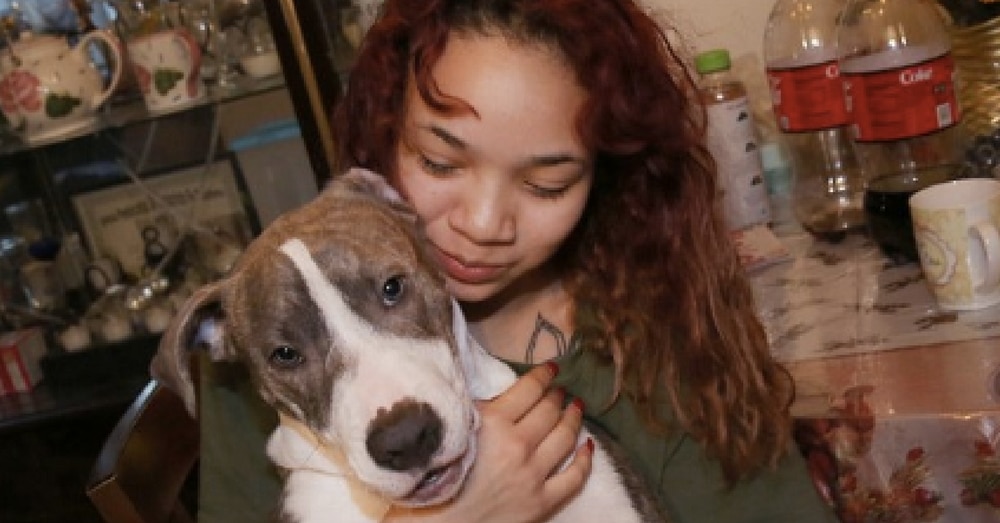 A New York City teen says she owes her life to a heroic pitbull puppy that saved her from an attack by an attempted rapist.

Maya Fairweather, 18, told the amazing story to the New York Post, explaining that she took her boyfriend’s five-month-old pitbull, Apollo, for a walk in a Brooklyn park Monday night.

Fairweather said she let Apollo off the leash so he could play and that she had her earphones in. Then she felt someone tug on her from behind and turned around, thinking it was her boyfriend.

Instead, a man pushed her to the ground and began trying to remove her pants. Fairweather said she froze, terrified and closed her eyes because “they say that if you see their face, they will kill you.”

But Apollo jumped into action. Fairweather said he chomped down on the leg of the attacker, who struggled to free himself and then ran away.

Read about what happened after Apollo scared off Maya’s attacker on Fox News.