Teen Told To Choose Between Abortion Or Mental Ward, 44 Years Later She Meets Her Daughter 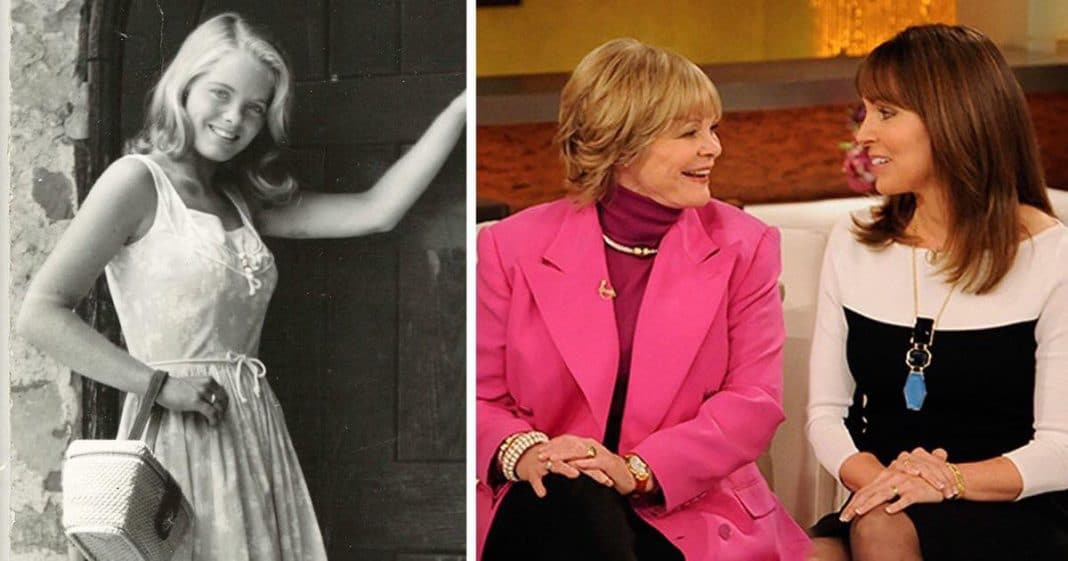 Julie Mannix was 19-years-old when she fell in love with an older man named Frank. Julie’s father wrote the book “The Fox and the Hound,” which was later turned into an animated film for Disney. According to the story posted by Elite Readers, Philadelphia Bulletin even called their coming-out party “the most thrilling in a decade.” Her birth into this wealthy family allowed her to live a life of glam and honor – a life that her parents found Frank was not suitable to be a part of. 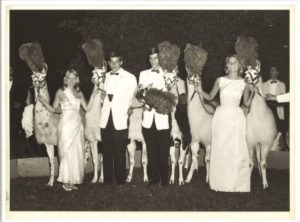 It wasn’t easy for Julie to let Frank go, especially not just because of her parents’ disapproval, as there was something much stronger and more important that would keep her tied to him forever: a baby.

Julie went for her usual checkup when the doctor discovered that she was pregnant. Instead of letting her know, the gynecologist went straight to Julie’s Catholic mother who was too ashamed to let any news like that break out. They went extraordinary lengths to keep Julie’s pregnancy a secret, even going as far as having her admitted into a mental hospital for “severe depression,” just so she could have a legal abortion operation. At this time, abortions were illegal unless one could prove that the pregnancy would jeopardize the mother’s physical or mental well-being. Julie knew that she loved Frank and she wanted nothing more than to keep and see the natural product of their affections.

Frank was 23-years-old and the two met during Julie’s summer apprenticeship at a theater in Westbury on Long Island. Her bubble of infatuation was quickly burst when she found out that he was married and that their time together was just a fling.

Julie stayed locked up in the hospital for her entire pregnancy, and upon given birth, she was immediately demanded to sign Aimee, the baby, over for adoption.

“As I signed the adoption papers, my heart ripped apart. I put down the pen, turned away, and, on shaky legs, I left my baby behind,” Julie expressed.

For decades to come, she thought about her beautiful baby girl. She reached out to the Catholic Charities Hospital for an update on Aimee, but of course, that information was confidential.

During Julie’s stay at the mental hospital, Frank divorced his wife and made countless efforts to contact her, but her parents always got in the way. Once she got out, she moved to New York to start an acting career. The two ended up getting back together and getting married on January 15, 1965. Her parents cut her off for good, which wasn’t a shocker to Julie at all. Together, Frank and Julie had two more children, and still celebrated Aimee’s birthday every year on April 19th.

Aimee, whose new name was Kathleen “Kathy” Marie Wisler, was adopted into a family where she had both parents and two brothers. Sadly, when she was 6-years-old, her adopted mother died of breast cancer. Her father remarried and got divorced all by the time she was 10.

In 1988, she married the man of her dreams and they had two children. When years had gone by and her adopted father passed away, she realized that she needed to find her biological parents. Her search got her information from Catholic Social Services of Philadelphia that led her to Julie’s IMDB page.

After some careful thought, she decided to write a letter to Julie and Frank in hopes that it would provide her with any type of closure.

How do I begin a letter like this? Well, I think I’ll simply just start with: I was born on April 19, 1964, in Philadelphia. Based on the documents Catholic Social Services provided me, I find it plausible that you may know some information concerning my birth family…. It is not my intention to interrupt their lives; I simply want to connect on any level they feel comfortable.

Please, at your convenience, let me know if you can assist me with additional information.

November of 2008, Kathy received her first phone call from her biological mother. She was amazed to have been able to finally hear the voice of the woman she had long been yearning to know. Frank also got a chance to speak to her. They made sure reassure her that giving her up was not a choice either of them wanted to make. Eight months later, the three were reunited! 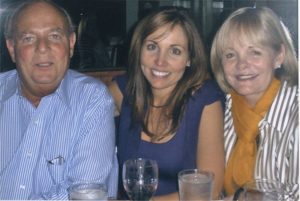 “I never imagined I would feel like a daughter again, and yet here I am, cherished by two strong and thoughtful parents who worry when my kids are sick and who call for no reason. I feel as though we have never been apart. It’s as if we have been dropped into the concluding chapter of a fairy tale — and we all know how fairy tales go,” wrote for Redbook Magazine.

Although so much has happened to keep this family apart, I am glad they found their way back to one another. Wow! Hoping the best for them as they continue to grow and move forward in their relationship.