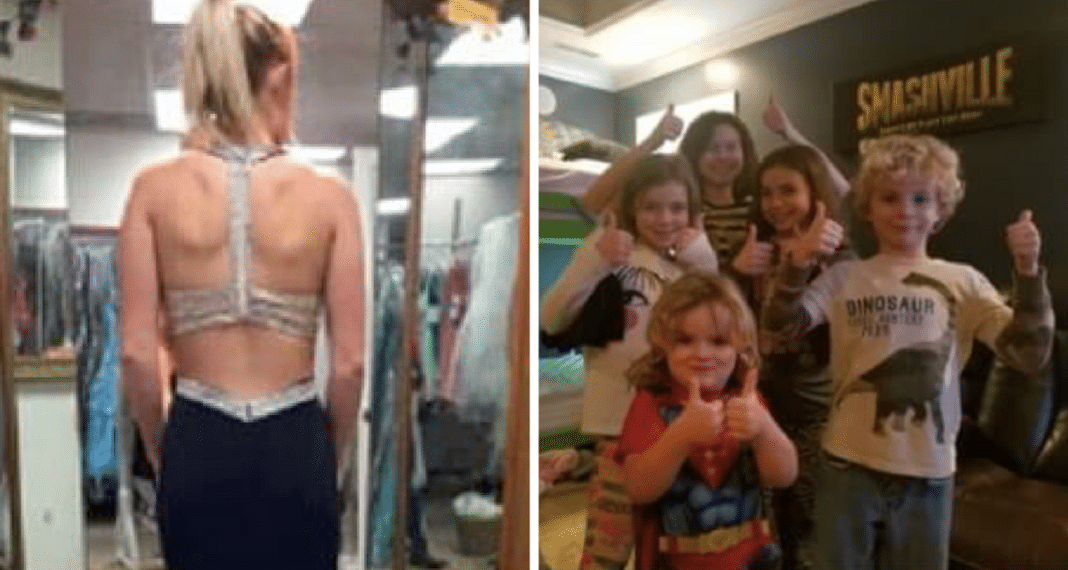 Social media can be rife with trolls and people hiding behind their digital screens spewing horrible unkind comments. More specifically, Twitter has garnered this bad reputation. But sometimes, social media can work its magic; the internet bands together in loving and sharing posts that in turn, improve the lives of total strangers.

This story began with a wrong text and ended with over $36,000 in donations for a 4-year-old little boy’s cancer treatment fund. Here’s how this precious chain of events started.

Sydney was out shopping for that perfect dress. As with most shoppers, they want a second opinion. Sydney was no different. She snapped several dressing room pics of herself and sent it in a text to a friend.

It turns out, Sydney actually sent the text to a complete stranger named Tony Wood. Sending a message to a wrong number happens. This usually results in silence from the recipient or apologies from the sender. Tony, on the other hand, sent her an unexpected reply.

“I believe this message was intended for someone else,” he started in response, followed by an adorable pic of his kids giving a smiley thumbs up. 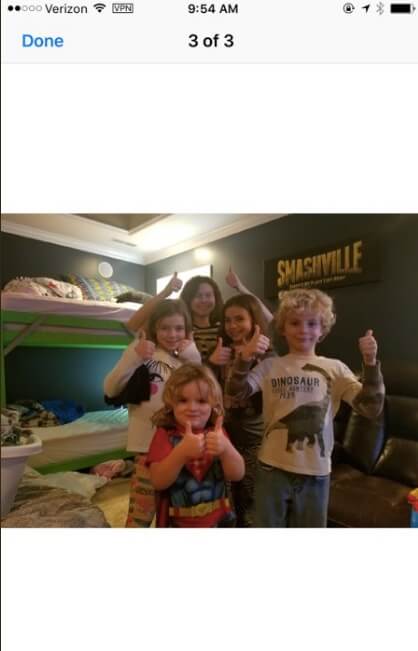 “My wife isn’t home, so I couldn’t get her opinion,” he added, “but the kids and I think you look stunning in your dress! You should definitely go with that one!”

Adorable, right? But it gets better. Sydney’s friend was surprised and amused by Tony’s lovely response. She posted screenshots of the text exchange, only expecting replies from friends and family. Little did she know, her snapshots would become a viral sensation. 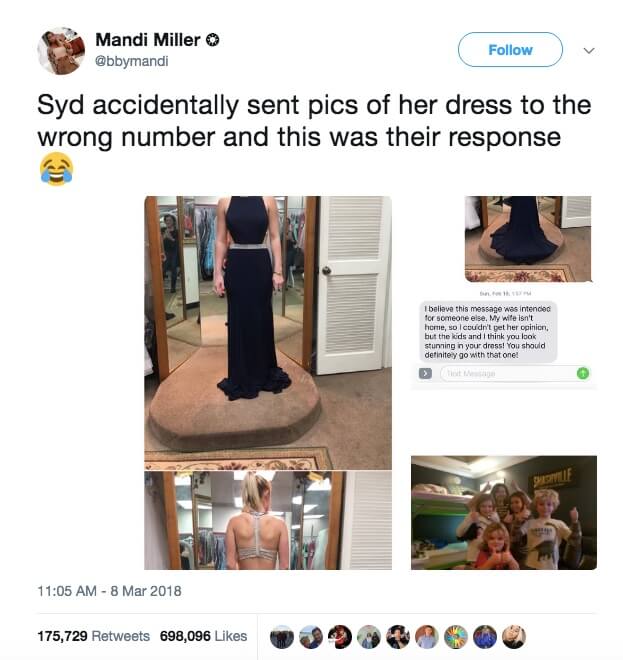 They racked up 175,000 retweets and nearly 700,000 likes. The news of the popular post reached Tony who responded with a shout-out to his little son, Kaizler, the only one of his children missing from the photo.

“Hello! Apparently, you have made my children Twitter famous!” he wrote. “My 2nd youngest (not pictured, he was at chemo clinic) has an FB page for his fight against Leukaemia, and one of our  Prayer Warriors recognized [recognized] the children! Btw, my wife agreed that the dress looked great! God Bless!” 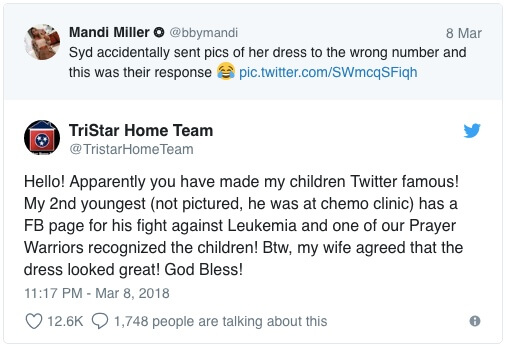 A Twitter user replied, “Hope Twitter does it’s Magic.  Below is the GoFund me link for Kaizlers treatment for Leukaemia. Kaizler is missing in the pic,  Let’s get a Thumbs up from him too.”

Tony posted a pic of Kaizler. And Twitter did indeed do its magic. Since March 9th, when Tony posted the picture, his son’s GoFundMe page has exceeded its $10,000 fundraising goal. It has raised over $36,000. 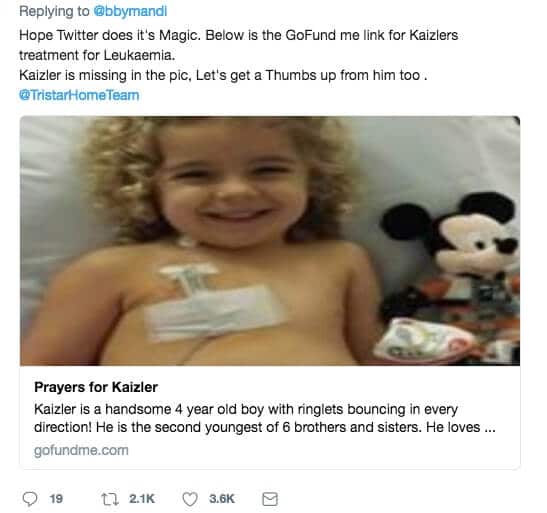 The Woods were beyond thankful for the support of total strangers. “The kindness and generosity of Twitter and other venues saw our GoFundMe account surpass our goal  last night!” Tony wrote with gratitude. “I can’t begin to thank everyone enough! This is a major  hour of need for us and this blessing will help more than you know!” 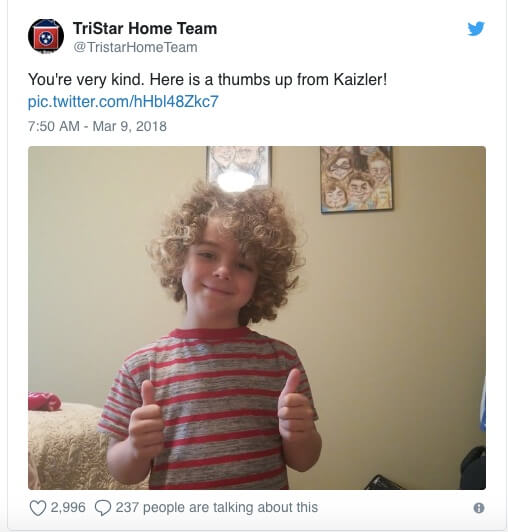 Feel inspired by this lovely story? So share it. And if you feel obliged to donate to Kaizler’s page, head here!