Teen Takes 2-Year-Old As Prom Date. When I Saw Why I Was In Tears… 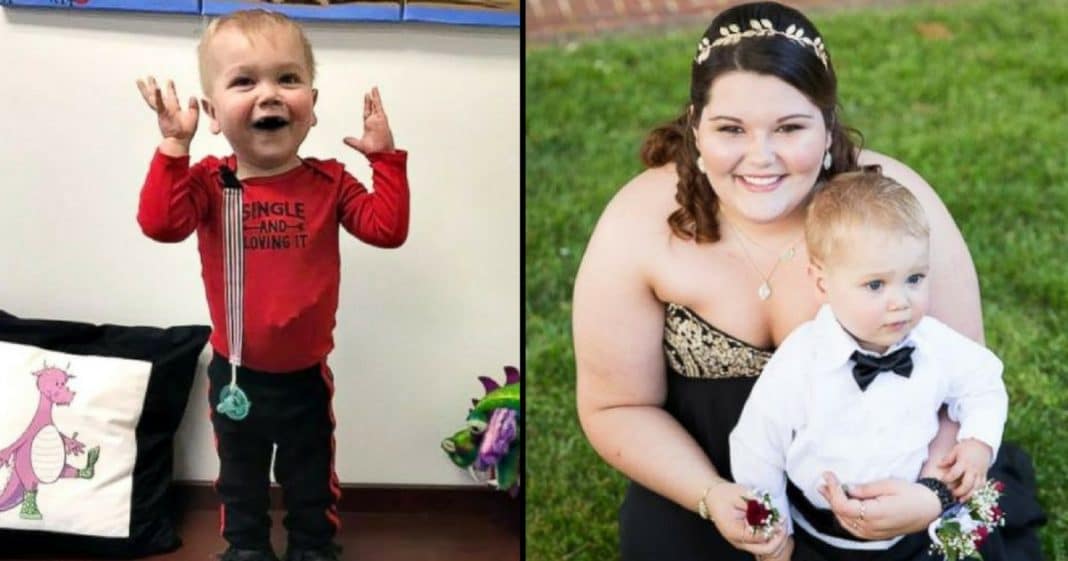 When 17-year-old Taylor Schafer showed up at her school’s prom on Friday night, her classmates immediately noticed a little height difference between her and her date. That’s because Taylor’s prom date was 2-year-old Finn Blumenthal.

Taylor met Finn and his mom, Kelly Blumenthal, through a mutual friend and the young boy immediately captured her heart, especially after she heard his story.

Finn was born with a congenital heart defect that causes life-threatening medical challenges. The toddler has already endured 10 surgeries, including three procedures on his heart, and doctors still don’t know if he will make it to adulthood.

As prom got closer Taylor joked with Kelly about taking Finn as her date, but the more she thought about it the more she loved the idea. She asked Kelly if she really could take Finn to prom, and the touched mom gave her a resounding yes.

“When you’re presented with a medically challenged child that has an uncertain future, you feel kind of robbed, especially of certain life experiences and milestones,” Kelly said, “but he has gone to prom and had a great night.”

“That’s something that as a parent brings a lot of joy,” she added. “Him being able to look back at photos and look back at the happy night, that’s all because of Taylor.”

Though Finn probably won’t remember this special prom night a few years down the road, Kelly sure will, and she will forever treasure the memory of watching her son go off to prom in his tux and with a beautiful girl on his arm.

“The fact that I can check this off the list no matter what is a relief,” Kelly said. “I can’t repay her for that.”

On the big night, Finn gave Taylor a corsage, took a limo ride to the prom, and danced the night away. The young tot was even crowned “prom prince.”

What a special and unforgettable night for the sweet pair!

Were you touched by what Taylor did for Finn and his mom? So share this!