Teen With Down Syndrome Rejected For Dance. What This Stranger Does Next? Wow! 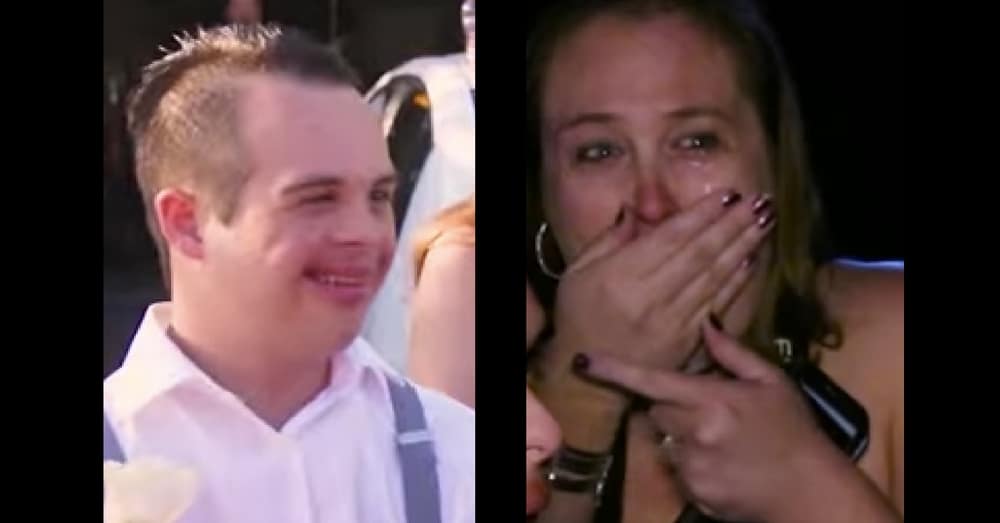 Like most teens, 17-year-old Daniel was looking forward to going to his school’s homecoming dance. He dreamed about taking a beautiful date out and dancing the night away.

But there is one thing that makes Daniel different than many of his other peers – he has Down syndrome. Sadly, even though he asked several different girls to accompany him to the homecoming dance, all of them turned him down.

When 10th-grader Kylie heard this, her heart broke for Daniel. She wanted him to have the special night he had been looking forward to, so she decided she would ask him if he would go to the homecoming dance with her.

Daniel was so excited to go to the dance with Kylie, and his mother, Tonya, was incredibly touched by the sweet girl’s act of kindness.

“It’s not about that Daniel has a disability. It’s Kylie didn’t see any disability,” Tonya said. “That is what your heart wants as a mom.”

The teens were looking forward to their evening together, but little did they know that there was a night of huge surprises ahead of them.

The FOX5 Surprise Squad heard Daniel and Kylie’s story and were so touched by Kylie’s kindness that they decided they wanted to make their night extra special.

They got a Rolls Royce for the teens to ride to prom in and took them to a fancy restaurant for a special dinner.

But the surprises were just beginning. Click below to see what the Surprise Squad did that left Daniel, Kylie, and Tonya all in tears of joy:

Were you touched to see the Surprise Squad make Daniel and Kylie’s night so special? So share this!