Teen Spends 7 Years In Foster Care, Then Asks Teacher To Be His New Mom 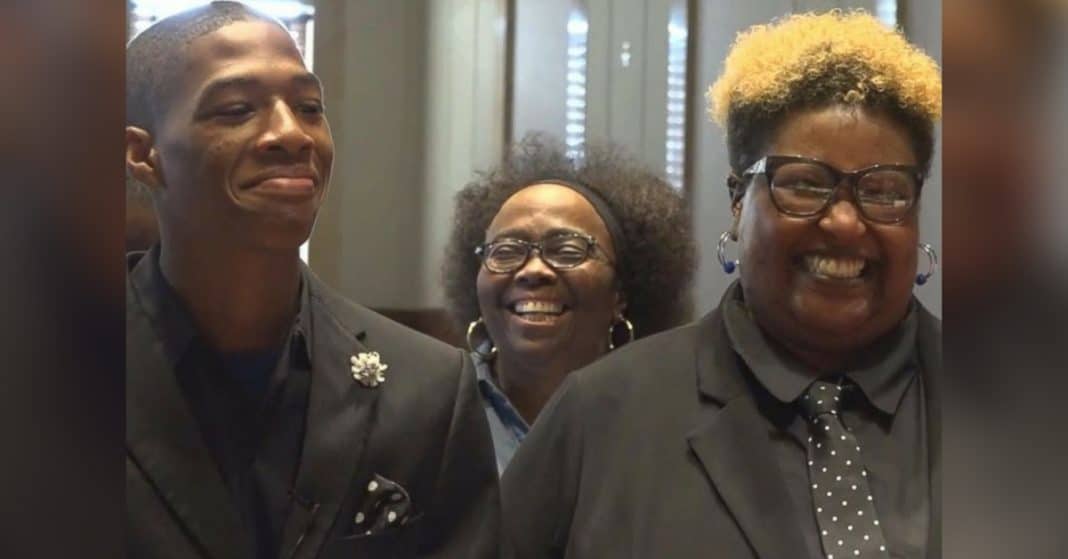 There are a few ways a child might find themselves part of the foster care system. They might be born into it, lose their parent(s) or guardian during childhood, or be given up. No matter how a kid finds themselves in this situation, they need a family to love and show them love in return.

Sadly, some aren’t adopted, despite wishing to find a family. But one young man got lucky in the most incredible of ways.

Sixteen-year-old Anthony has been in the foster care system since he was 9. Until recently, he had been discouraged by the system and didn’t think he even wanted to be adopted.

“How many kids my age get adopted nowadays?” he said.

But all that changed when he met Bennie Berry.

Bennie was Anthony’s English teacher at Pathways Learning Center in Beaumont, Texas. According to Anthony, they just clicked. They had much in common and they liked each other.

A short time after meeting, Anthony asked Bennie if she’d adopt him.

At first, Bennie didn’t take her student seriously. After all, it’s a little odd to have a student make this very personal request to a teacher, even if they get along well.

Anthony told Bennie to look at an adoption website, and that’s when she made him a deal.

“Well, at first I thought he was making jokes until he explained the situation. And then we struck a deal: Finish an assignment, and then you can show me the website,” Bennie recalled.

The assignment was done in record time. Anthony’s dedication to doing his work and getting the adoption process started shows just how much he really believed he and his teacher could work as mother and son.

Bennie kept her word and looked at the site. And the rest, as they say, is history.

Out of the 18 children and youths adopted last week in Jefferson County, Anthony was the oldest. He says he wants other kids in the foster care system to know they’re never too old to find a forever family.

“If you have ever thought about adoption or didn’t want to be adopted, actually try it because you never know. Take into consideration that someone that doesn’t love you, there is always someone that will love you,” he said.

Despite it taking years to find a forever family, Anthony is finally where he is meant to be. I’m glad he and his mom will be there for each other in the years to come.