Teen Dead For Nearly An Hour But Mom Starts Praying. That’s When Doctor Feels A Pulse 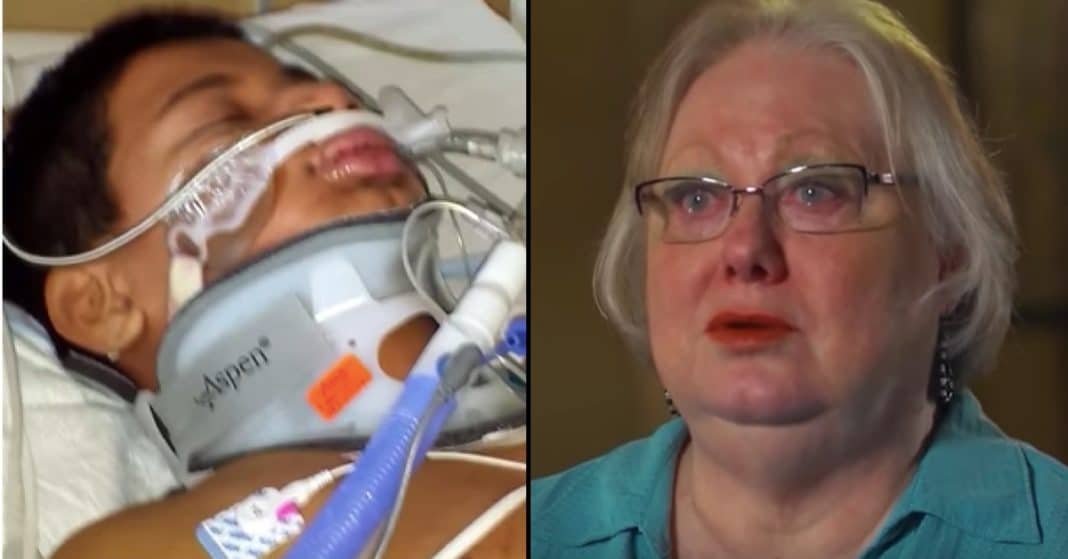 Nothing brings us down to our knees in desperation like the need for God to move on our behalf in a situation that is completely outside of our control. I have found myself in that position many times, aware of my human limitations and reminded of His boundless abilities. It is there that my heart’s cries have been heard and I have received a peace like no other.

In January 2015, three teenage friends were playing on the frozen Lake Sainte Louise in Missouri when the ice unexpectedly cracked and each of the young boys fell through.

The water was bitterly cold, unbearable to anyone. Two of the three boys were able to get themselves out of the lake, but 14-year-old John Smith could not get out and started to drown.

John’s friends called for help, but he remained trapped underwater for 15 minutes while they waited for the rescuers to arrive.

“He was completely lifeless, limp, and water was coming through his nose because he had taken so much water in at that point. He was starting to turn blue from being submerged for the length of time that he was,” said firefighter Tommy Shine, who was on the scene.

Every attempt to resuscitate John was unsuccessful. The doctors worked effortlessly and did all that they could, but nothing they tried got them a pulse.

After almost 45 minutes with no pulse, John had little to no chance of survival and the doctors were minutes away from pronouncing him dead. That’s when John’s mother, Joyce, walked into the hospital room.

In a moment of absolute uncertainty and hopelessness, Joyce turned to what she knew had proven effective in the past: prayer. Though nothing in the circumstance gave her any reason to think that a complete turnaround would even be a possibility, she went to God and asked for a miracle anyway.

“I said, ‘Lord, Holy Spirit, just give me back my son!’” Joyce recalled.

By the next day, John was giving his friends and family the thumbs-up sign. He remained on a ventilator for eight more days, but after some much-needed recovery time, John was healed and is fully functional today.

In the video below, you can hear Joyce and John discuss the incredible incident. Joyce, years later, is still brought to tears when revisiting the anxiety of the situation and the miracle that occurred.

Were you amazed by John’s miraculous story? So share this!