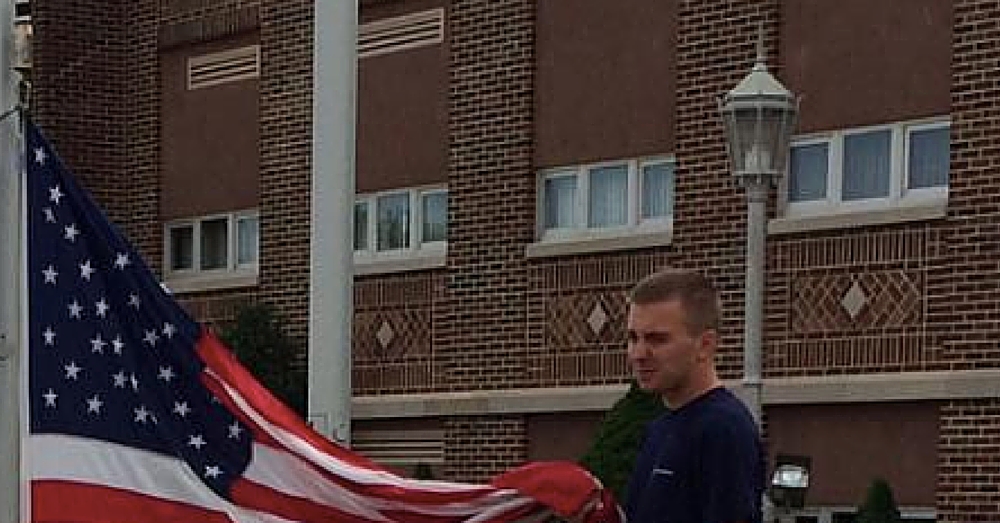 Fox and Friends reported this morning on a shining example of American pride.

The viral photo comes to us from a resident of Ohio, whose son stopped what he was doing last Sunday to make sure Old Glory was not disrespected.

Rhonda Pester wrote on Facebook that her son, 18-year-old Cole Dotson, noticed that the flag outside a Putnam County school had fallen to the ground.

Dotson stood with the flag, holding it off the ground, until someone from the school arrived.

Dotson, who attends Vantage Career Center in Van Wert, Ohio, reportedly grew up in a military family and plans to serve.