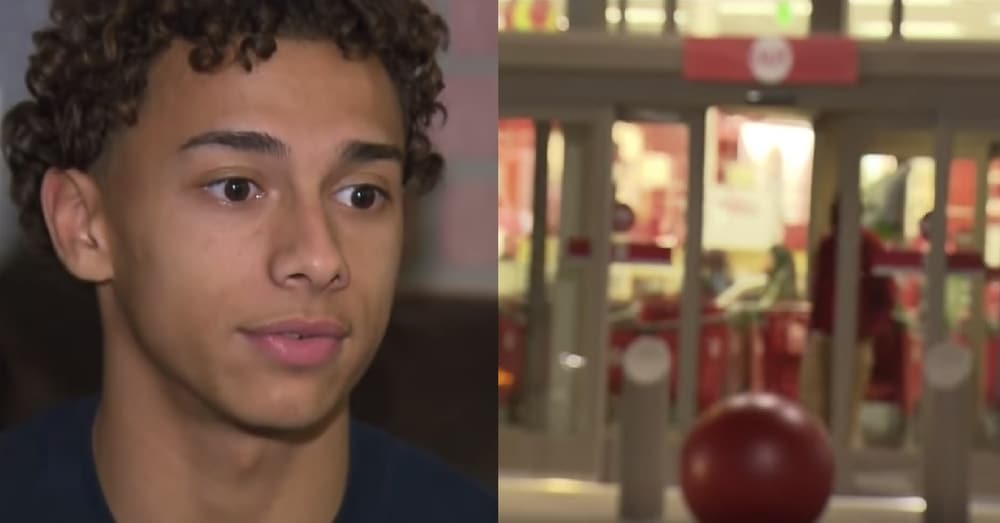 Cameron Cook was shopping with his mom when he saw something that just didn’t sit right with him. He couldn’t let it go, so he decided to do something about it, and his brave actions saved a little girl from unspeakable horrors.

Cameron was at Target when he noticed a young girl standing alone and a large man leering a little too close. His mom, Heather, was preoccupied with her shopping and tried to hurry Cameron along, but the 17-year-old knew something wasn’t right.

As they got closer they could smell alcohol on the man’s breath, and Cameron said the man had a “demonic look” on his face and was “grabbing himself.”

Despite the man being significantly larger than him, Cameron went up to him and loudly asked what he was doing.

Camron continued to question the man as he got him away from the girl and chased him out of the store.

Heather said she is proud of her son, but not at all surprised by his courageous actions.

“It’s totally within his character,” she said. “He’s not afraid to do what’s right.”

The young girl’s mom, who was in the bathroom at the time of the incident, thanked Cameron profusely, knowing that if it had not been for his bold actions something awful could have happened to her little girl.

Cameron said he doesn’t want praise for his actions, but hopes that what he did will inspire others to step up and speak out when needed.

“I’m just happy I was there to protect her,” he said. “Because you never know what could have went on.”

Are you proud of Cameron for his courageous actions? So share this!