Teen Sees Bus Driver Collapse Behind Wheel. What He Does Next? Incredible 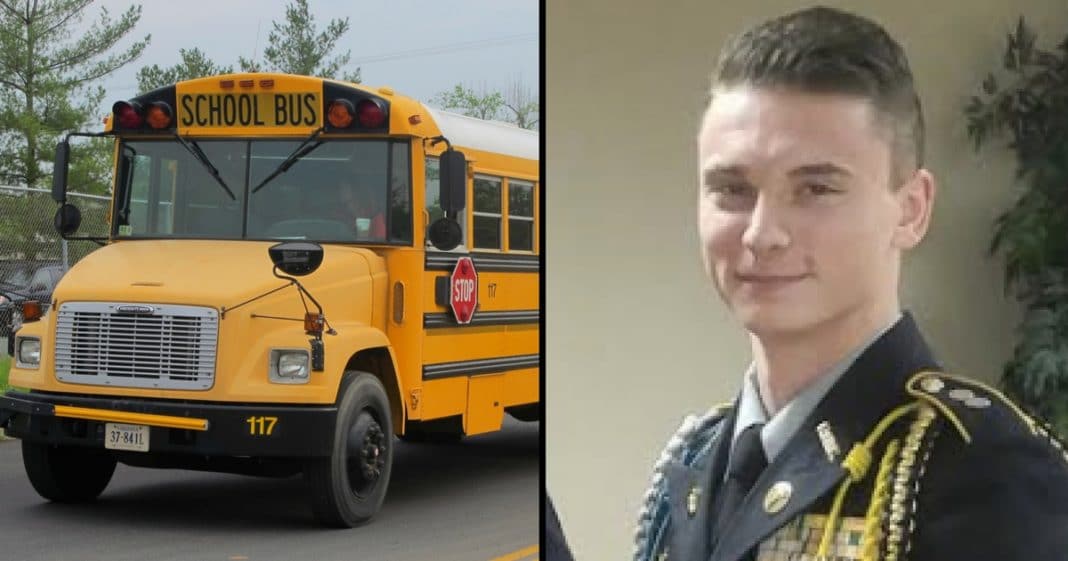 Alabama high school senior Jesse Frank was riding the bus home from school when he noticed the large vehicle seemed to be veering off the road. He looked up at the bus driver and saw that she had collapsed behind the wheel after suffering a medical emergency.

“I looked back at her and she had her head rolled back, hands off the steering wheel, and I was like, yeah, I should do something,” Jesse said.

As the other children on the bus screamed in terror, the heroic teen sprang into action, running to the front of the bus and grabbing the steering wheel.

As he used one hand to keep the bus under control, he took his other hand and pressed down on the brake until the bus came to a complete stop. He then dialed 911 and kept his hand on the pedal until help arrived.

Even after emergency officials arrived, Jesse stuck around, comforting the frightened kids who were with him on the bus.

“There were several elementary students crying. One of them asked to borrow my cellphone to make a phone call to their parents,” he said.

Jesse is now being hailed a hero by town officials and by the parents of the 38 children whose lives he saved that day, but he insists his actions were no big deal.

“It didn’t seem that complicated in my head,” Jesse said. “I just planned out a few simple steps. I didn’t think it would be that hard to execute them.”

Those who know Jesse say his selfless and heroic actions that day come as no surprise.

“There was no surprise, you know,” said his principal, Tony Dowdy. “If there was anybody out there who could go out there and take an action, he would be the one at the front of the list.”

Jesse was honored for his efforts at a recent City Council meeting where Pell City Mayor Bill Pruitt presented him with a key to the city.

“Jesse is a hero to all of those children and their families, and he is certainly a hero to us,” the mayor wrote in a Facebook post. “When asked for a comment, Jesse said that he didn’t think what he had done was really that big of a deal at the time. I don’t guess you would when helping others is just part of who you are.

Dressed in his ROTC uniform, Jesse humbly accepted the award. He said the recognition now sets the bar even higher for how he wants to live his life.

“It gives me an expectation to meet, in a good way,” he said. “Now that eyes are on me, in a manner of speaking, I feel like I’ve got to represent myself.”

Were you glad to see Jesse honored as a hero? So share this!