Teen Refuses To Clean Room So Mom Throws Things In Trash Bags. Then She Tells Her… 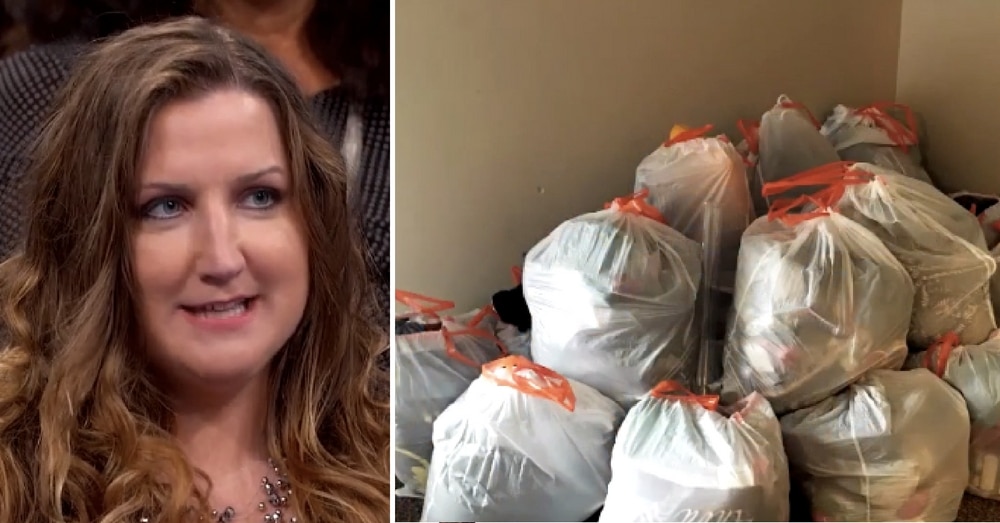 Alice Velasquez was at her wit’s end. Despite repeatedly asking her teenage daughters to clean up their rooms, they would let things pile up so much that Alice would end up cleaning the rooms herself.

Fed up with this cycle of irresponsibility, Alice decided it was time to teach her daughters a lesson. She went into their rooms and put all of their items in trash bags.

When her daughters got home she told them they could buy back the bags from her at $25 a piece, but the money they used could only be money they had earned by doing chores around the house.

Now here’s the catch – Alice said she put the items in the bags as she found them, meaning there could be one soccer cleat, a hairbrush, and a laptop all in one bag, while the other cleat, some clean clothes, and some sheet music could be in another. The girls would have to buy back the bags sight unseen, not knowing what they were actually getting.

Alice shared a picture of the trash bags and her story on Facebook, thinking it would amuse some of her close friends and family members. What she never expected was for her story to go viral. Pretty soon she was receiving messages from people as far away as Italy and Japan!

The response was mixed – many people applauded her creative form of discipline and said they planned to use it themselves, while others accused her of child abuse

Soon after Alice appeared as a guest on The Doctors, where psychotherapist Stacy Kaiser assured the mom that she was not abusing or neglecting her kids. The punishment she had come up with was a creative way of gaining control back in her house.

And the unique punishment had some positive side effects that Alice never saw coming. Her two youngest sons came to her asking if they could do some chores to help buy back the bags. When she asked them why – seeing as their rooms were both clean and they weren’t in trouble – they told her they just wanted to help their sisters out. Sibling love at its best!

Are you a fan of this mom’s creative form of punishment? So share this!