Teen locks girlfriend in home and beats her for hours, then a quick-thinking move saves her life 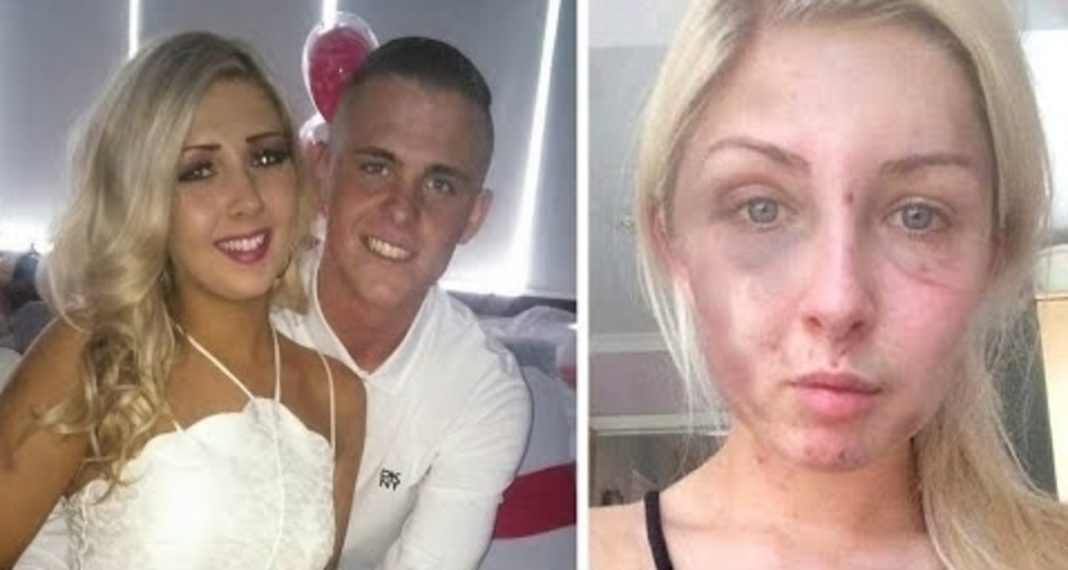 Those who abuse others should be locked away and forgotten. There’s no excuse to take out your anger on someone else. Domestic abuse happens more often than we might think. Sadly every year, women are murdered by their batterers. These women might have left their abuser, but they returned to their detriment. Some women are brave enough to break away for good.

Kelsie Skillen from Milton, Glasgow was 19 when she was almost killed by her then-boyfriend, 19-year-old James McCourt. Kelsie had no idea how quickly the tables could turn against her. One evening James became so enraged he imprisoned and tortured her for hours.

It’s unclear whether James showed previous signs of abuse. Violence doesn’t just come out of the blue. There are little signs to watch out for that victims shouldn’t ignore. Things like being too controlling, demanding to see text messages, telling a woman what to wear, getting jealous when she speaks to another guy, even if he’s just a friend. Calling on the phone all the time to check up on her; telling her to be back in a specific amount of time when she goes out, and freaking out when she’s late. He’ll isolate you from friends and family, just wanting you to be with him. You’re in the most danger when there’s a baby on the way or that’s been born. He’ll become jealous of the child.

Abusers are cowards; they’re insecure and they prey on women they believe they can intimidate and influence. These women might be struggling with their own self-esteem issues. Though your heart might be telling you he’s a good guy, listen to your friends and family. They know you best. Something inside you will be alerting you that what’s going on isn’t right. That’s your intuition. Pay attention to it.

On this particular evening, James’s rage started in the car on the way back home after a night out. He blamed Kelsie for leaving his jacket behind. He began to rant. Kelsie refused to give him a cigarette. James snapped.

“He said it was my fault,” Kelsie later recounted, “I had left his jacket, then he just flipped  and grabbed me and attacked me.”

James held her hostage for four hours. She had no way of knowing whether she’d make it out alive. in a chilling move, James disconnected the internet, hid her cell phone and other electric cables that would allow Kelsie to reach out for help.

During one horrific moment during her ordeal, Kelsie was pinned to the ground. James knelt on her chest, continuously beating her. James also bit her, spit on her and poured water over her. He also threatened and swore at her.

Kelsie’s mind reeled as she tried to think of a way to save herself. She needed to appeal to Jame’s logic. There would be consequences for his actions, she warned.

She asked him many times: “Is this worth going to jail?”

Each time, his stone-cold response was: “I don’t care if I go to jail as long as you’re dead.”

This man isn’t a human being. He beat Kelsie into unconsciousness. She wondered if this was it if she’d die this very night. When James went to use the restroom, she knew this was her moment. James wouldn’t stop short of killing her.

With the last bit of determination she had left, Kelsie located her iPad. The device was almost dead. She found the cable that connected it to the internet. She contacted her mom who responded immediately.

Kelsie’s mom arrived quickly; James, like the wimp he is, ran off. He was later arrested and received a 21-month sentence for the horrors he subjected Kelsie to endure.

He allegedly claimed to have PTSD. from what, who knows. It’s an excuse to seek pity. I have none for him, even if he supposedly regrets his actions.

Hooray for Kelsie for pulling herself up by her bootstraps. She’ll never forget the hell James put her through, but she’s one of the fortunate women who lived to talk about their abuse. She can use this experience to warn others of how much they matter and how important it is to leave a violent relationship before it has a chance to become damaging.

Kelsie illustrates how important it is to always be on your toes, how having a support system can save your life and how you can live again after abuse.