Teen Leaves School To Pick Up Age 3 Brother, Then Mom Looks At Social Media And Learns The Truth 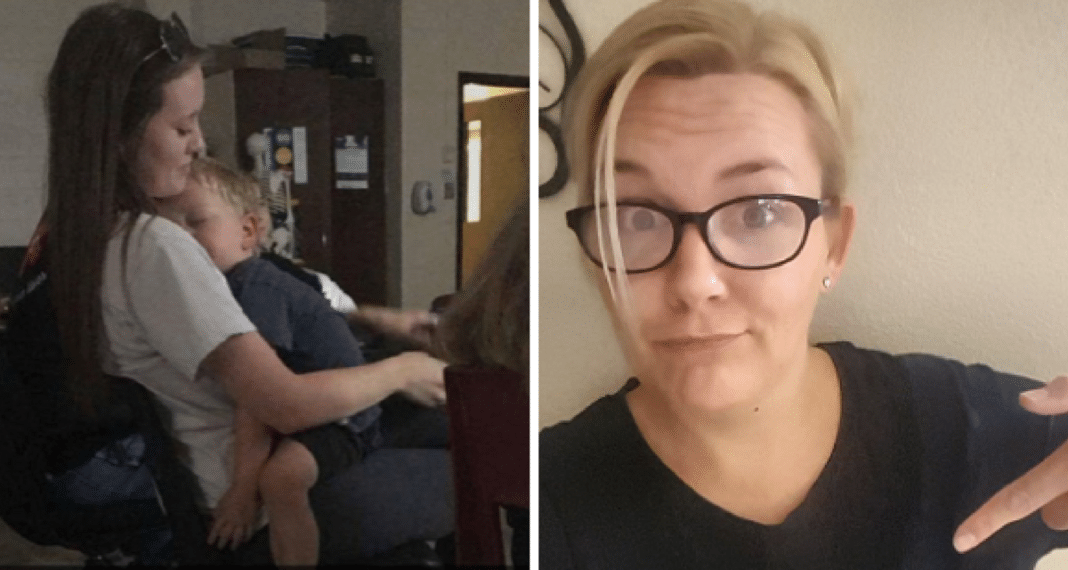 Older siblings are supposed to look after their little brothers and sisters. I have a relative who is the oldest out of six kids. Since she was a teenager, she was given the nickname Sarge because she took charge. She would usher my grandparents out of the house to do the family shopping so she could get the house clean and chores done.

This mother learned something sweet that her daughter did for her little brother through social media. What a great sibling!

“We had a family-emergency-type situation today that required our teenager to leave school early and pick up her little brother from his school. I thought she took him home until I saw her Snapchat.

“Instead of missing class she actually took her 3-year-old brother back to high school with her and let him sleep on her while she finished her last class of the day. 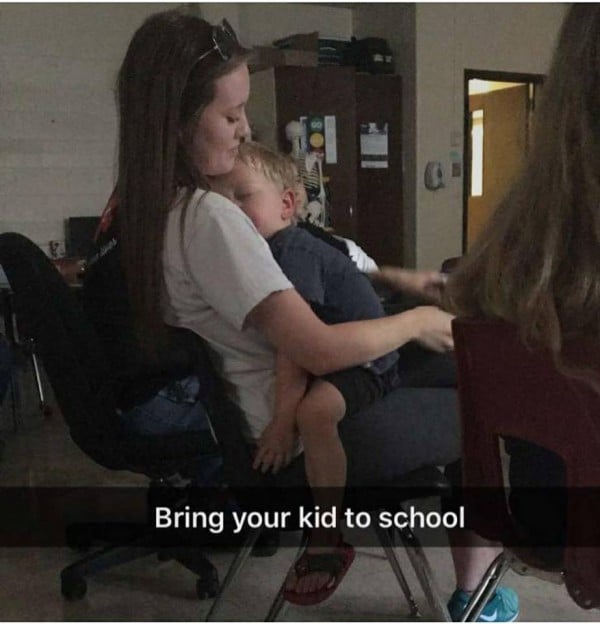 “I’m not sure on the legalities here or what kind of rules were broken but I also just don’t care.  My sweet teenager helped her family out and returned to her other responsibility while snuggling her baby brother.

“I’m either the worst mom in the world or totally nailing it. Please don’t tell me which one, let me live in ignorant bliss while I stare at this picture.

“Life is short. These are the moments that make it so incredibly sweet.”

We have to agree. And if you do too, so share this.