Teen Jumps From 2nd Story To Flee Fire, Then Stuns Firemen When He Turns And Goes Back In… 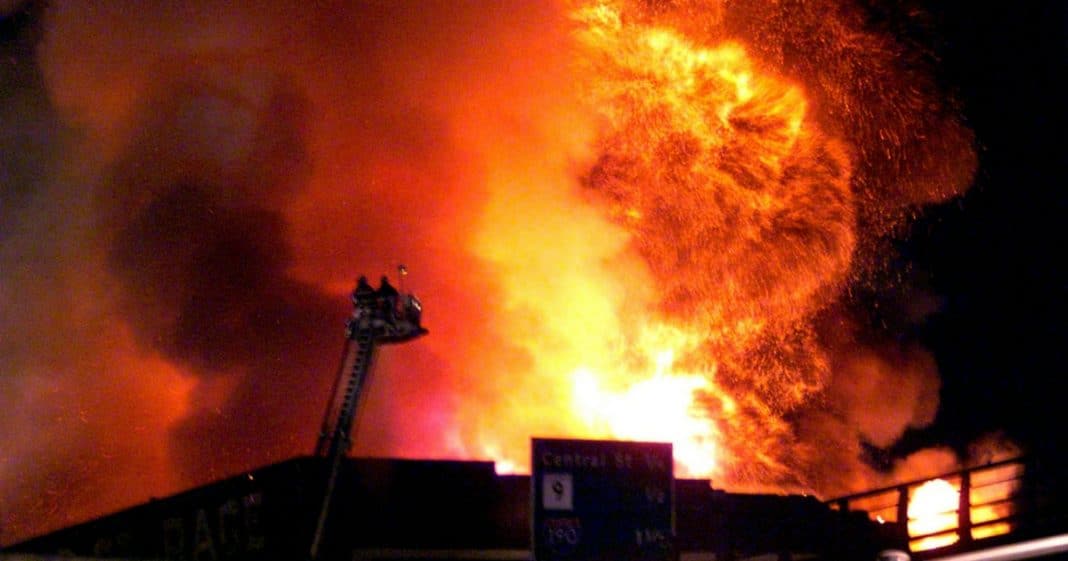 Firemen were left amazed when they responded to a fire in a neighborhood just outside San Francisco this week. By the time they finished putting out the fire they were hailing the 18-year-old occupant of the home a hero.

The teen was on the second floor of the home when the fire broke out in the living room. It quickly gutted the room and began to spread.

Not seeing any other way to escape the flames, the young man jumped to safety out of one of the second story windows.

However, instead of running away from the burning house, the teen stunned onlookers as he grabbed an extension ladder and began to climb back up to the second floor. At first people wondered why he would try to go back, but the reason soon became clear as he pulled his 13-year-old brother to safety.

Four fire engines, one truck, one rescue company, and two battalion chiefs responded to the fire and were able to put it out after about half an hour, but the fire had rendered the house uninhabitable by that point.

The boys’ mother was not home at the time of the fire, but their father was there when firefighters arrived.

Paramedics determined that the 13-year-old had suffered from smoke inhalation and took the boy, along with his father, to the hospital.

Had the boy’s heroic brother not risked his life and gone back for him that day, the outcome could have been much different.

Do you agree that this young man is a hero? So share this!