Teen Home Alone When Intruders Break-In, Dog Takes Bullet For Him After Teaching Thugs A Lesson 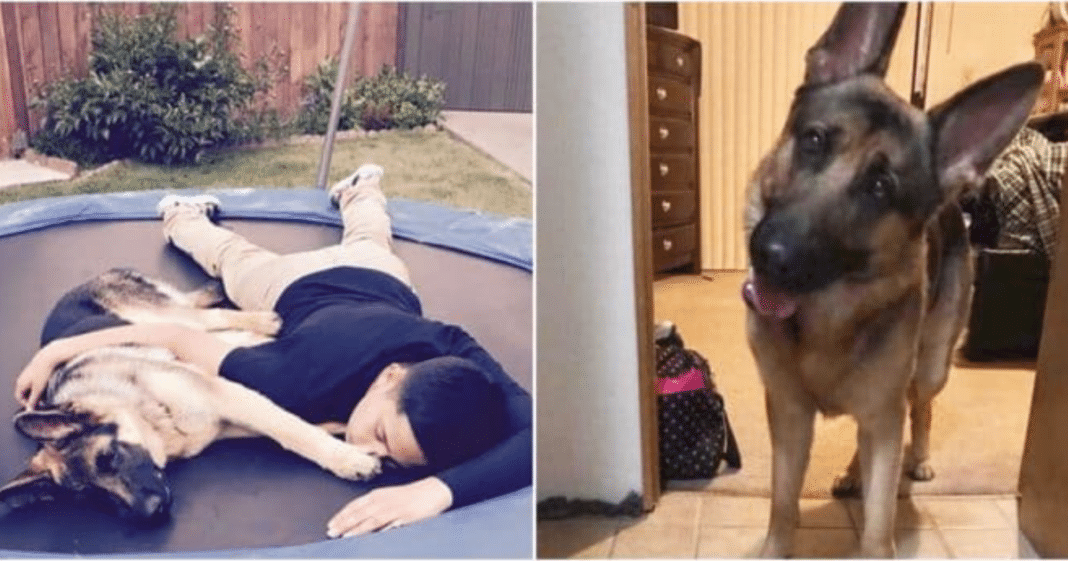 Dogs can quickly become our best friends; they’re there for us during good times and bad, the ups and downs, and the dangerous times too. Rex, a 2-year-old German shepherd, proved his love and loyalty for his owner during a frightening home invasion last week. The pooch wasn’t afraid to stand up to the criminals and guard his owner, Javier Mercado.

16-year-old Javier was home alone when intruders broke into his home. He describes the terrible event: “I heard the sliding door break,” said Mercado. “My dog ran downstairs and started barking and barking. I heard one guy scream, ‘the dog bit me, get the dog’”

The fear Javier had to have experienced is unimaginable. To be at home and undisturbed one moment than having two unwelcomed men force their way inside must be a scary thing to see. And to hear your dog push himself into the fray had to add to the young man’s fear.

Javier dialed 911 before running and hiding in his closet. Though he was beaten and bloody, Rex, the faithful companion he is, followed his master upstairs.

The criminals soon proceeded to the upper level of the house. They reached the room where Javier was hiding. With the last bit of his remaining strength, Rex threw himself at them. The intruders shot the brave dog four times. When the police arrived, the thieves were gone. Javier waited in the closet for over an hour. When he believed it was safe, he came out. To his surprise and relief, he soon received a call about Rex. He thought his loyal companion was dead. Rex was still alive despite being shot multiple times. Javier believes if it weren’t for his brave boy, he wouldn’t be alive to tell his story. And if it weren’t for Javier’s quick thinking, Rex would be dead. Thankfully, he’s recovering.

Look who's going home today! ❤️❤️Rex, the hero dog who was shot 3 times while protecting his teen owner from intruders, is recovering from a successful surgery! >> http://via.q13fox.com/BaJrO